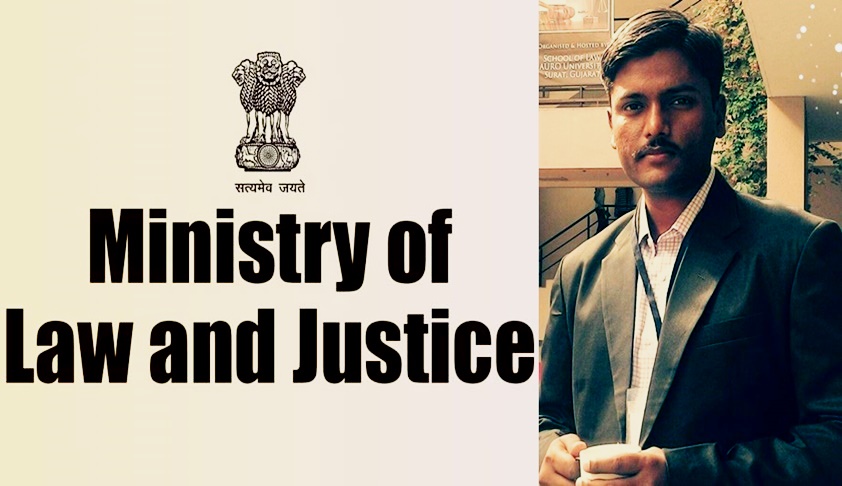 Draft Model Court Management Authority Bill, 2017 prepared by Dr. Kalpeshkumar L. Gupta Assistant Professor- Research, Gujarat National Law University, has been forwarded to the Registrar Generals of all High Courts seeking their views on the same, an Office Memorandum issued by the Ministry of Law and Justice states.“The undersigned is directed to refer Rajya Sabha Secretariat’s OM. No....

Draft Model Court Management Authority Bill, 2017 prepared by Dr. Kalpeshkumar L. Gupta Assistant Professor- Research, Gujarat National Law University, has been forwarded to the Registrar Generals of all High Courts seeking their views on the same, an Office Memorandum issued by the Ministry of Law and Justice states.

“The undersigned is directed to refer Rajya Sabha Secretariat’s OM. No. RS. 6(195)/2017-Com-II. dated 31.07.2017 on the above mentioned subject and to say that the Department of Justice has already forwarded draft model bill on the above mentioned subject received earlier from Dr. Kalpeshkumar L. Gupta Assistant Professor- Research, Gujarat National Law University, Gandhinagar to Registrar Generals of all High Courts vide letter dated 21.07.2017,” the O.M. says.

Dr. Gupta, who had submitted the Draft Bill to the Centre, had explained the necessity of his proposition back in October, 2013 for LiveLaw in an article titled “Induction of National Court Management Authority in Indian Judicial System: Need of the Hour”.

“Marathon like cases really violating the person’s Right of personal life and liberty enshrined in the Article 21 of Constitution of India. Now the time has arrived when people are asking for speedy trial of cases. They do not want their next generation to get the verdict of cases which they instituted,” he had then written, emphasizing on the ever-mounting pendency of cases and the right to speedy trial under Article 21 of the Constitution of India.

It proposes constitution of a National Court Management Authority (NCMA), which would comprise of retd. Chief Justice of India as its Chairperson, along with the following persons as its members:


The members are to be appointed by the President, on recommendation of a committee comprising the Prime Minister, the Leader of Opposition and a Union Cabinet Minister.

The functions of the NCMA, as per the Bill, are proposed to be as follows:


Besides, the Bill also provides for establishment of Regional Court Management Authority, with the Chief Justice of the Supreme Court or High Court as its Chairperson.

Interestingly, the Bill constitutes a National Judicial Exam Commission, for conducting an All India Exam for subordinate judiciary, a proposal which is the subject matter of a suo motu PIL initiated by the Supreme Court. The Court had taken cognizance of a letter written by Secretary of the Law Ministry’s Department of Justice, Ms. Snehlata Shrivastava to Mr. Ravindra Maithani, Secretary General of the Supreme Court.

Senior Advocate Arvind Datar had then submitted a Concept Note to the Court, elucidating on the need for a Central Selection Mechanism for the subordinate judiciary, and proposing a structure for the same.

However, soon after, there were reports of nine High Courts opposing the proposal, eight seeking changes in the proposed framework, and only two supporting the idea. The document sent to all members of the Parliamentary Consultative Committee on Law and Justice had stated that most of the 24 High Courts wanted control over the subordinate judiciary.