Execution of Surinder Koli Would be a Travesty of Justice: Plea for Mercy from Women’s Groups, Lawyers, Academics, Students and Activists 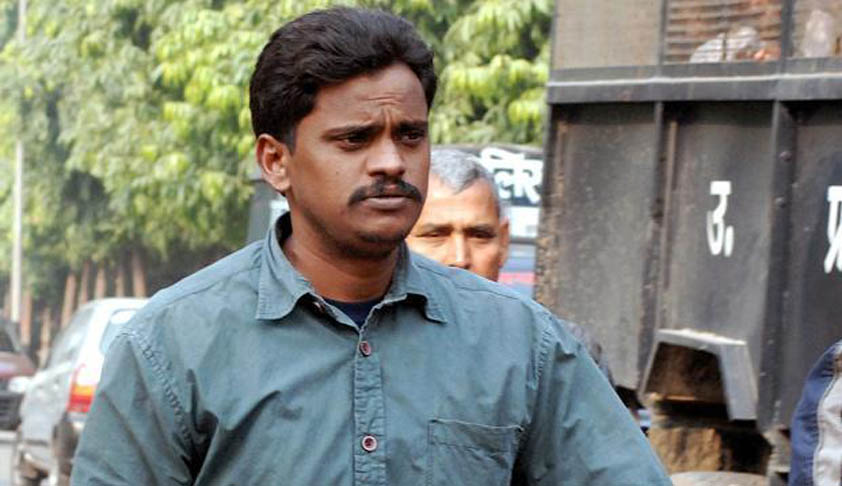 In a letter addressed to the President of India, signed by 98 concerned women and Women’s Groups, an appeal has been made to stay the execution of Nithari killer, Surinder Koli, asserting that his execution would be “travesty of justice”. The letter states, “It is relevant to point out that Koli is Dalit, poor, and had access only to very poorly paid legal aid. These facts placed him in...

In a letter addressed to the President of India, signed by 98 concerned women and Women’s Groups, an appeal has been made to stay the execution of Nithari killer, Surinder Koli, asserting that his execution would be “travesty of justice”.

The letter states, “It is relevant to point out that Koli is Dalit, poor, and had access only to very poorly paid legal aid. These facts placed him in a very poor position to challenge the way in which the media and the police portrayed him as a cannibal and a depraved killer. Koli’s case underlines how in most cases it is the economically and socially vulnerable who tend to be awarded the death penalty, because they are in no position to influence public opinion.

The poverty of the accused, poor trial representation, lacunae in investigation, torture and tutoring and glaring gaps in forensic examination furnish strong grounds for this petition for mercy.”

They have appealed for a commutation of his sentence or at least a stay on the same, till the completion of the other cases involving other Nithari victims in which he is an accused.

They aver that, “There is no evidence whatsoever that Koli was actually the killer of the 18 women and children. Koli’s ‘confession’ – the only basis for his conviction – itself declares that it was obtained under torture and tutoring by the police.

The phenomenon of abnormally high disappearances of children from Nithari was present from 2003 – before Koli came to Pandher’s house as a domestic servant in 2004. And the phenomenon continues till date – even after Koli’s arrest and conviction.”

They have also relied upon the report of the autopsy surgeon who examined the bodies of the victims. He had discounted cannibalism and suggested organ trade as an explanation for the murders.

The letter also draws attention to the report of the expert committee set up by the Ministry of Women & Child Development (WCD), which had concluded that the police had fixed on Koli as the culprit, and had not investigated the possibility of organ trade as the motive for the offence.

The committee had also stressed the need to investigate whether some of Koli’s supposed victims were actually alive and trafficked elsewhere.

The autopsy surgeon had opined to the Committee that the bodies had been severed with surgical precision, whereas it was the CBI’s case that Koli had used an axe to hack the bodies to pieces. The surgeon was however, neither examined as a witness during the trial nor was his statement included in the chargesheet. Another suspect, a doctor who was previously charged in a case of organ trade, was simply not probed by the police.

“Executions do not thwart crime. Many independently conducted surveys from across the globe have failed to establish a correlation between the two. On the contrary, an American survey reported by the New York Times in the year 2000 stated that in the last 20 years, homicide rates of states with the death penalty were 48 to 100 per cent higher than in those without the death penalty. Even the much-hailed Justice Verma Committee report was unequivocally against the death penalty, even in the rarest of the rare of rape cases,” it adds.

Even veteran legal correspondent V. Venkatesan earlier noted, “Poor legal aid has been the bane of Koli’s defence right from the trial court proceedings to the Supreme Court. “As a legal aid lawyer gets about Rs. 2,000 each for a trial, murder appeal and Supreme Court petition, it is highly unlikely that Koli’s Supreme Court-appointed amicus curiae even wrote to, sought instructions from or even met with Koli,” says Chaudhary. No evidence by way of defence, mitigation or medical opinion was led on his behalf, he added. The outcome of Koli’s fresh review petition, therefore, could throw light on the effectiveness of India’s due process in protecting the rights of those charged with serious crimes.”

In the background of these considerations, several questions regarding the adequacy and effectiveness of legal representation provided to Koli are being raised. The decks have however been cleared for Koli’s execution with the apex Court rejecting the review petition.

Read the LiveLaw coverage of the case here.