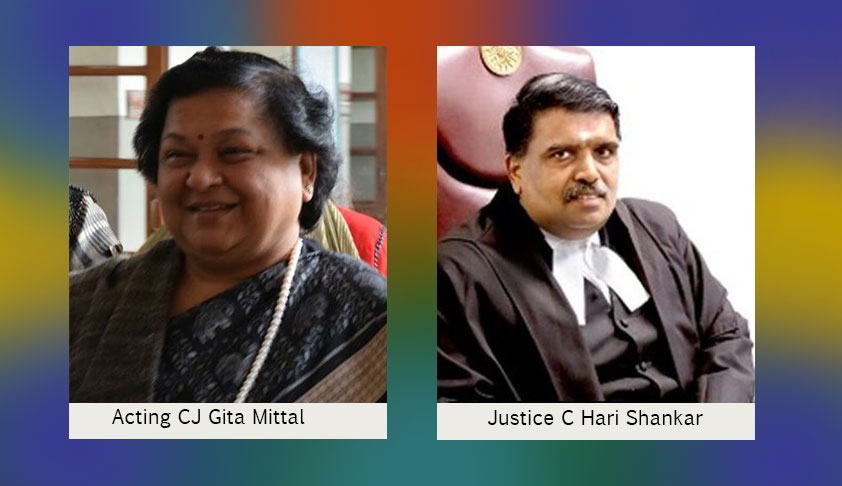 Terming it "deprivation of the worst possible kind", the Delhi High Court on Wednesday cleared the way back home for an Indian couple exiled for over 23 years by the Centre and forced to live in foreign countries without being able to return to India all this while.A bench of Acting Chief Justice Gita Mittal and Justice C Hari Shankar ensured the couple return to their home in India...

Terming it "deprivation of the worst possible kind", the Delhi High Court on Wednesday cleared the way back home for an Indian couple exiled for over 23 years by the Centre and forced to live in foreign countries without being able to return to India all this while.

A bench of Acting Chief Justice Gita Mittal and Justice C Hari Shankar ensured the couple return to their home in India by directing the Centre to issue a valid passport to them.

The court order comes on a petition moved by the couple from Manipur. The woman named Peingmla (petitioner no. 2) had lost her passport while in Thailand in 1994, but was never issued a duplicate by the Indian agencies. Her husband Luingam (petitioner no. 1) was forced to join her in Thailand, as he could not leave her alone. His passport was impounded when he went to get additional leaves. No reason/ order was ever communicated to him.

The government said Luingam was associated with the NSCN (I) (M), a banned outfit, but no case was ever found to have been registered against him.

They later approached the United Nations Commission for Refugees, which relocated them to Canada and got them a passport there. The Indian authorities later took defence in the court that the couple had acquired Canadian citizenship.

In the instant case, while travelling in Bangkok, Peingmla's passport was stolen in the market place.

She applied for a duplicate passport at the Indian Embassy in Bangkok but her application was not processed despite passage of almost a year forcing her to move a writ in Delhi High Court in May, 1995.

Before the court, the authorities stated that Peingmla and her husband Luingam Luithui are from Ukhrul district in Manipur, which is seriously affected by the Naga insurgency, and that it is believed that Luingam has been associated with top leaders of the NSCN(I)(M) in Bangkok and has been helping them.

The authorities said loss of passport under these circumstances will need to be verified.

However, on September 22, 1995, the Joint Secretary (Counsellor and Passport) gave an undertaking in the court that upon applying for the passport, she will be given travel documents on emergency basis to travel from Bangkok to New Delhi and her application for duplicate passport will be considered soon.

This undertaking was never honoured. In the meanwhile, Luingam joined Peingmla in Bangkok to support her.

Thereafter, they claim that the Thai police, at the instance of the Indian government, raided the hotel where they were participating in a conference.

Several such instances happened which created an apprehension in their mind that the Indian government wants to leave them without any documents in Thailand and never let them come back to India.

A year after applying for duplicate passport, Peingmla made a representation to the United Nations High Commissioner for Refugees in Thailand seeking protection and in 1996, the couple was relocated to Canada.

That was not the end. When Luingam visited the Indian High Commission in Canada in August 1996 for more leaves in his passport, the same was impounded on the basis of some order which was never produced before the court by the Centre.

The couple was, thus, forced to obtain Canadian passport. Thereafter, the Indian government denied them passport saying they have acquired Canadian citizenship.

The couple once again moved Delhi High Court in 2014 and was then granted visas.

"The deprivation in the present case is of the worst possible kind. The citizens of India have actually, in effect, been exiled from their own country for a long period of almost 23 years... As a result, this couple has been deprived from associating with their close family members and friends and compelled to live in foreign countries without a break till visas were issued to them in the present case," the bench headed by Justice Mittal observed.

"To us, it is extremely distressing that two Indian citizens have been constrained to seek refuge from the United Nations
Commission for Refugees and thereafter, when deprived of their identities by the respondents, to seek passports from the Canadian authorities. Can these deprivations ever be adequately compensated in any terms? The answer has to be a clear no," it noted.

On the order by which Luingam's passport was impounded, the bench said, "We also fail to understand as to how the suggestion to the petitioner... to seek judicial review of the order of impounding could be a meaningful exercise without furnishing a copy of the order in question to him. How the petitioner no.1 would travel to India without a passport even to exercise this option remains a mystery".

The said order "never saw the light of the day".

"Petitioner nos.1 and 2 were thereby prevented from travelling to and living in India, their country of birth. They stood separated from family and friends, a natural aspiration of every human being," the bench remarked.

On the Indian government now taking a stand that the couple had acquired Canadian citizenship, the bench noted that the act was not "voluntary".

"The issue that an act of acquisition of a passport of any other
country has ipso facto to be treated as conclusive proof of his
having acquired the citizenship of that country, necessarily entails consideration of the issue as to whether such acquisition of passport was also a voluntary act or the person of the citizen," it said.

The court noted that the couple waited for years together trying to return to India before getting a Canadian passport.

It is also important to note that in the counter affidavit dated
16th August, 1995, filed in response to couple's writ petition in 1995, the government and its agencies made no allegations of any illegal/criminal act against Luingam.

It merely contained a suggestion that Luingam was “associated with some leaders of an organization of the NSCN(I)(M) in Bangkok and has been helping them”.

However, in the counter affidavit dated 21st April, 2015, filed in the instant writ petition, no such allegations were made.

The court has now ordered the Centre to issue passport to the couple within 10 weeks.

The couple will be renouncing Canadian citizenship as a pre-condition.