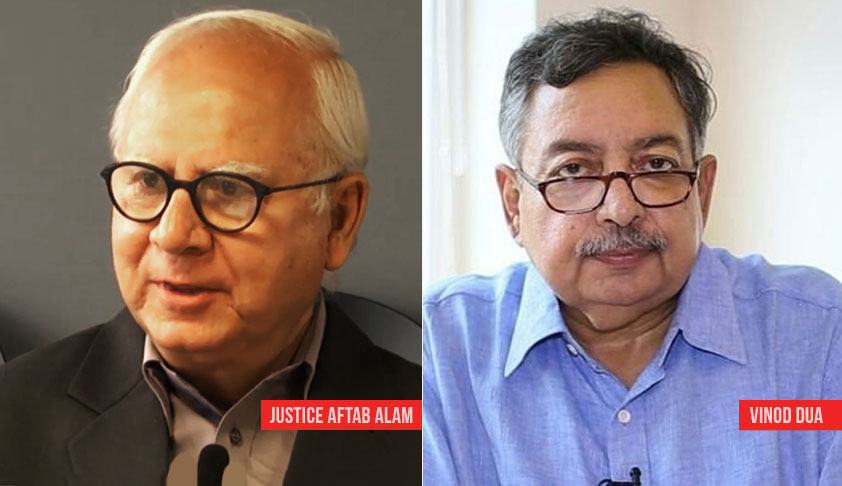 A one-person secretariat has also been established to assist the committee and to serve as the point of communication for both Ms. Jain and Mr. Dua.

As per a statement issued by The Wire, the reason for establishment of an external committee is that the alleged incident dates back to 1989, when The Wire did not exist. “Yet both Ms Jain and Mr Dua, denied the charges, are entitled to have the matter examined impartially and competently,” it says.

On October 14, in a Facebook post, Ms. Jain had named Mr. Dua, accusing him of demeaning her and cracking lewd jokes during a job interview, and stalking her. She is now learned to have formally consented to the committee on October 18, and has agreed to submit her complaint by October 26.

The founding editors of The Wire have also issued a statement apologising for the manner in which the allegation was trivialised in Episode 318 of Mr. Dua's programme Jan Gan Man Ki Baat: Rafale Deal and Rising Fuel Prices.

In their statement, Siddharth Varadarajan, Sidharth Bhatia and MK Venu also stated that Mr. Dua’s show will now remain suspended for the duration of the external committee's probe into the sexual harassment allegations.

Their statement further addresses several other questions, such as those pertaining to the claims that The Wire endorsed Mr. Dua’s claims, in his show, that“keechad (muck)" has been flung on him.

The statement reads: “It would be unfair and inaccurate to suggest this movement, in general is about mudslinging. Such a view runs totally counter to The Wire’s editorial position. His programme went up without any editorial filter and was a major failure of oversight at our end. Some comments he made at the start of the programme about the MeToo movement as a diversion were edited out later, as soon as they were brought to our notice.”

It adds that it does not agree with Mr. Dua’s dismissal of the #Metoo movement, stating, “The Wire’s support for the MeToo movement is clear from its continuing reportage and its editorial. The first, detailed account by a journalist of her experience at the Asian Age working under M.J. Akbar was published by The Wire.”