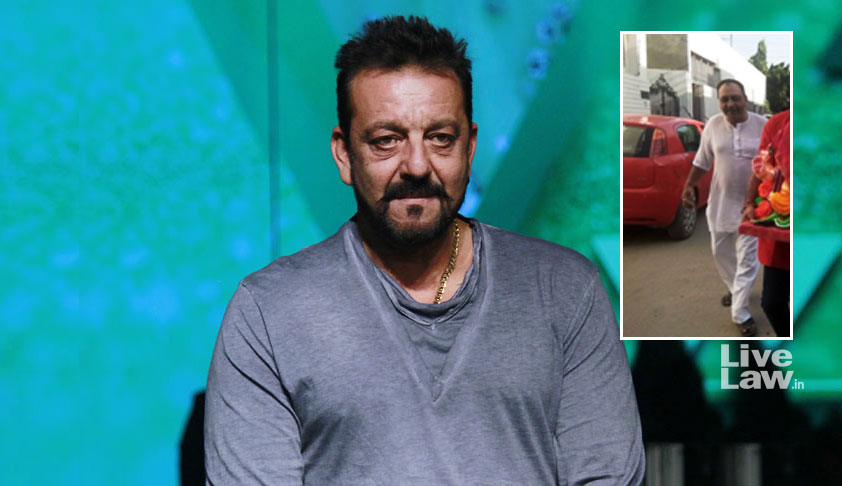 While the super-star Sanjay Dutt defended him from the prosecution with the support of battery of lawyers at every stage for every benefit of doubt and concession available in criminal justice system, poor convict Om Prakash Gandhi in Delhi struggled to get for every bit of information through Right to Information. What media & lawyers did for Sanjay Dutt, was done by RTI to the Om Prakash Gandhi.

One is a celebrity and the other an unknown common man. Both are convicted and jailed. Common man suffers 14 days of extra-detention and celebrity is released 8 months in advance. Delhi Government opposes compensation for 14 days of extra illegal detention of Om Prakash Gandhi in Tihar Jail in Delhi, who was fighting for liberty with the help of RTI. In comparison, Maharastra Government is defending the 240 days early release of Sanjay Dutt from Yerwada Jail in Pune. If Maharastra Government fights for liberty of a celebrity, the Delhi Government fights against remedy for illegal detention. Both are based on Constitution, Jail Manual, prison rules and policies. Then what makes the difference?

This is the story of Rulers and Rule of Law.

If the Bombay High Court questions why Sanjay Dutt was released 8 months in advance, several months after release, Delhi High Court stays the order of payment of compensation to Om Prakash Gandhi on a writ petition by PIO of Tihar Jail. The authorities invoked Constitutional provisions against a poor and ordinary convict, to prevent payment of compensation for extra-detention, in spite of remission granted.

The Bombay High Court on 12th June 2017 asked as to how Dutt's good behavior was assessed and how he was released early when he was out on parole and furlough during half of his sentence. Delhi High Court said on January 27, 2017 prima facie CIC has no power to ask for policy against extra detention or order compensation to Om Prakash Gandhi for that. Section 4 of RTI Act imposes an obligation that public authority should explain the policy to the affected persons. Having no policy on compensating a detaining a prisoner more than the remission days seriously affect the liberty of a prisoner and he was not informed the reasons for that.  Section 19(8) (b) of RTI Act says the CIC has power to require public authority to compensate complainant or any loss or other detriment suffered. Prima facie Delhi High Court viewed CIC exceeded its power in asking for policy and ordering compensation of Rs 10,000. And the Delhi Jail Administration must have spend surely more than Rs 10,000 to secure stay against the order instead of paying poor convict who was denied information about his date of  release, delayed information about details of remission etc which led to extra detention for 14 days. A common man’s freedom from illegal detention has no value but a celebrity will get all the mercy, kindness of Government to take benefit of 8 months freedom. What would have happened if Sanjay Dutt was Om Prakash Gandhi and vice-e-versa? Here is a comparison. Prof Madabhushi Sridhar was a Professor in Criminal Law in NALSAR University 2000 to 2013 and now Central Information Commissioner (2013-2018).