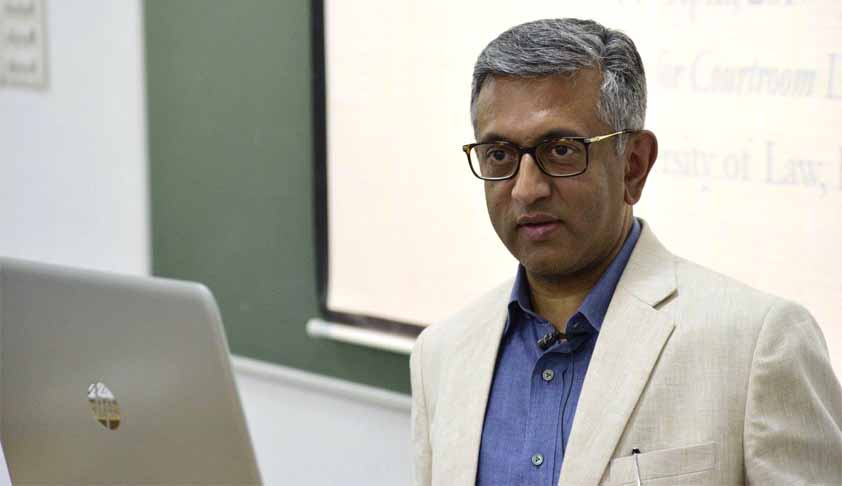 Senior Supreme Court Advocate and extradition law expert Dayan Krishnan, who has been appointed as the Special Public Prosecutor in the extradition of David Coleman Headley, as Special Counsel in the extraditions of Ravi Shankaran and Mr. Varley in the Goa paedophile ring scandal, among others, delivered a guest lecture, hosted by The Nyaya Forum for Courtroom Lawyering, at NALSAR,...

Senior Supreme Court Advocate and extradition law expert Dayan Krishnan, who has been appointed as the Special Public Prosecutor in the extradition of David Coleman Headley, as Special Counsel in the extraditions of Ravi Shankaran and Mr. Varley in the Goa paedophile ring scandal, among others, delivered a guest lecture, hosted by The Nyaya Forum for Courtroom Lawyering, at NALSAR, Hyderabad, elucidating upon issues pertaining to extradition law, especially in the light of minimal discussion on the topic.

Mr. Krishnan highlighted the facets of extradition, deportation, rendition and collective expulsion, showing how they are operationalised and the various issues associated with each of them. Extradition, he says, is a complex interplay of law, diplomacy, and politics. Drawing on his experience and research, he explicated on the principle of double criminality in extradition law, following which he presented a compelling analysis of the principle of speciality, which was recognized by the Supreme Court in Dava Singh Lahoria, where he critiques the Supreme Court’s 2011 judgment in Abu Salem (1), in which the Supreme Court allowed Abu Salem to be prosecuted for crimes further than he was extradited for, which was modified by Abu Salem (2)in 2013, but which still recognized Abu Salem (1) as good law. Mr. Krishnan points out the danger of such a ruling being law in India, especially considering that the international community is actively looking at India on this point. Further, he points to his experience in the Varley extradition, where he points out the elements of racism, politics, and colonialism that exist in extradition law.

He delineated the jurisprudence on the various defenses available against extradition in various jurisdictions, adding his analysis to same, which are, broadly, the abuse of power defense, the principle of political exception, torture, death sentencing/minimum mandatory sentences and socio-cultural defenses. He highlights issues with each of them, which include his critique of Lord Hoffman’s dictum in Rehman, where Mr. Krishnan points out the danger in a judiciary which readily bends to the will of the executive, and his analysis of the defence against torture post-9/11, where he highlights the dangerous readiness of the judiciary to ignore evidence showing torture, in cases which are deemed important to national security. This dilution of the defense, he says, is dangerous and contrary to the rule of law, which also has inherent biases, including racism, present in its operation. He also touched on minimum mandatory sentences and the death penalty and showed a commendable move of the jurisprudence on the point, which now recognizes irreducible life sentences as violative of human rights.

Finally, he touched upon renditions and collective expulsions, both of which he condemned unequivocally, as being violative of the rule of law, for which, he says, there is no substitute. He points out instances where India undertakes collective expulsions and two fundamental issues with them, which are, lack of proper documentation and the return of the expelled populace within a few months.

In the interactive session, Krishnan turned to questions regarding his practice, where he shared his experience practicing in the Supreme Court and shared advice on how a law student can undertake the daunting task of entering the profession.