Failure Of UP Administration Led To Death Of Children In Gorakhpur: NGT 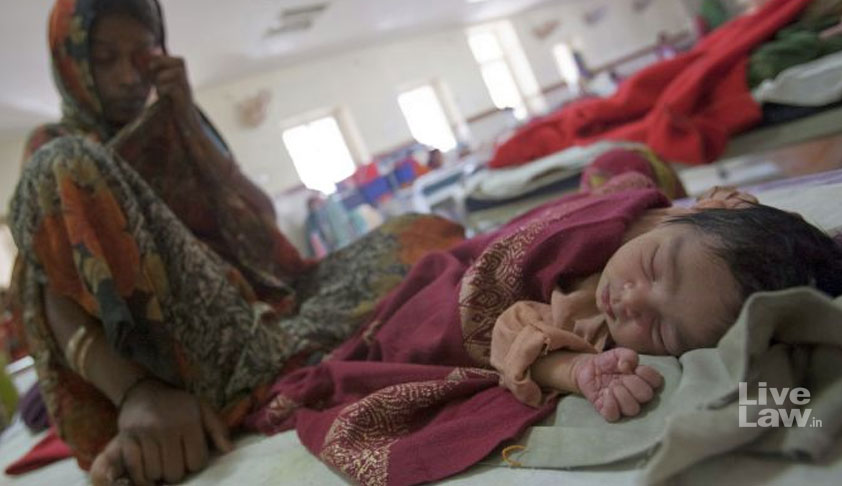 The National Green Tribunal has rapped the Uttar Pradesh government for not taking adequate steps to prevent discharge of pollutants in Rapti river, saying the "failure of the administration" resulted in death of more than 500 children in Gorakhpur in 2014, and announced setting up of a monitoring committee to address the situation.A bench headed by NGT Chairperson Justice Adarsh Kumar Goel...

The National Green Tribunal has rapped the Uttar Pradesh government for not taking adequate steps to prevent discharge of pollutants in Rapti river, saying the "failure of the administration" resulted in death of more than 500 children in Gorakhpur in 2014, and announced setting up of a monitoring committee to address the situation.

A bench headed by NGT Chairperson Justice Adarsh Kumar Goel said that in this "crisis situation of failure of law", it was left with no alternative but to constitute a credible mechanism to oversee planning and execution of steps on urgent basis.

The green panel said the authorities have failed in performing their duties to protect environment and they have taken "very little and insignificant steps" despite its direction in the last four years.

"We are of the view that there is undoubtedly failure of the administration for preventing pollution which has resulted in death of children as already noted. There is continued violation of environmental norms for which action is not being taken. In spite of direction in the last four years very little and insignificant steps have been taken and the result is that the pollution still continues.

"In such an emergent situation the stand of the authorities of shifting the burden of the responsibility from one department to another is against the spirit of the Constitution. They have to come together and take immediate steps to prevent any further damage and also to reverse the damage already done. Those responsible for failure have to be made accountable. Those who have suffered need to be rehabilitated," the bench said.

"The technical/scientific members of the monitoring committee shall collect samples, cause analysis of such samples at Central Pollution Control Board Laboratory.

"They shall also carry out joint inspection of industries and other entities viz. ETPs, STPs, MSW site etc to ascertain contribution to environment degradation. CPCB shall be the convenor of technical and scientific team, which shall submit its report to the Chairman of monitoring committee," the bench, also comprising Justice S P Wangdi, said.

The NGT directed the Chief Secretary of Uttar Pradesh to provide logistic support to the committee and determine their remuneration in consultation with them.

"The committee will have an action plan prepared for the steps required for setting up of Municipal Solid Waste plant, ETPs/CETPs or other urgent steps at the earliest. The action plan may provide for strict timelines.The committee may also secure information from the concerned authorities as to whether the ETPs already installed are functioning.

The state pollution control board told the bench that tenders have been invited for setting up of municipal solid waste management plant and the issue is pending with the state government for the last four months.

It said that environmental clearance has been granted for setting up of such plant on 32 acres of land.

The matter is listed for consideration of the report of the committee on January 10.

The green bench was hearing a plea by Gorakhpur resident Meera Shukla who had contended that the district does not have any STP and entire sewage through different drains is directly discharged into water bodies or river Rapti.

She had claimed there were more than 500 deaths in 2014 alone due to high contamination of water and alleged that large sum of money had been spent without any effective measures and control of water pollution.