“Family Courts Must Encourage The Use Of Technology To Facilitate Speedy and Effective Solutions”: Justice Chandrachud Explains His Reasons For the Dissent [Read Judgment] 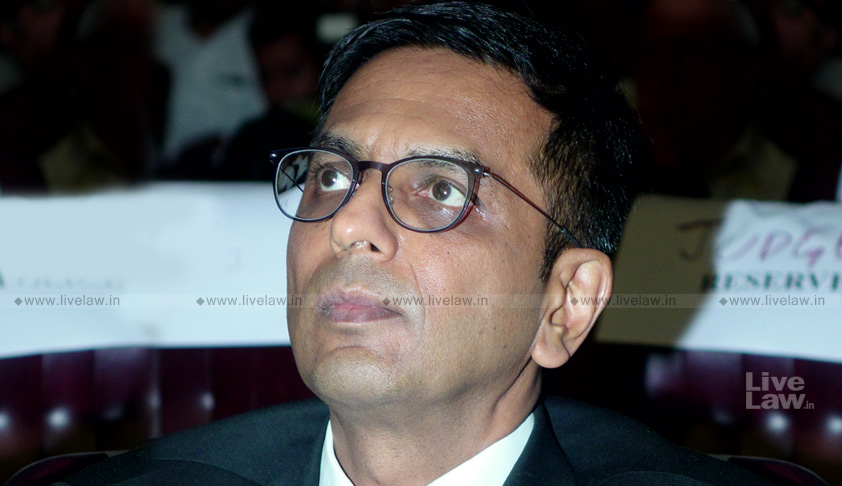 Vide its judgment dated 9th October, 2017, a Bench of 3 judges in Santhini v. Vijaya Venketesh had overruled directions issued in the case of Krishna Veni Nagam v. Harish Nagam (judgment dated 10th March 2017). The 3-judge Bench had delivered its verdict by a majority of 2:1.

In Krishna Veni Nagam’s case, a two-Judge Bench of the Apex Court, comprising Justices AK Goel and UU Lalit, had provided an alternative of video conferencing to parties seeking transfer of proceedings on account of inability of a party to contest proceedings at a place away from their ordinary residence. Later, a coordinate Division Bench, comprising Justices Kurien Joseph and Banumathi, had expressed its reservations on the use of videoconferencing in matrimonial matters, thereby referring the matter to a larger Bench.

The majority verdict delivered by Chief Justice Misra and Justice Khanwilkar had held that if proceedings are directed to be conducted through videoconferencing, “the spirit of the 1984 Act will be in peril and further the cause of justice would be defeated”.

The main points of the majority judgment can be seen here.

Justice DY Chandrachud had recorded his conclusions, while stating that the reasons for his inability to agree with the majority judgment will be delivered separately. His reasons have now been uploaded on the website of the Supreme Court.

The main reasons in Justice Chandrachud’s dissent can be summarized as below:


However, Justice Chandrachud clarified that the overriding factor in the application of video conferencing must be that the use of video conferencing in any particular case must be consistent with furthering the interests of justice and should cause minimal disadvantage to the parties. He also added that recourse to technology cannot “be conditioned on the consent of both spouses for, this will only enable one spouse to procrastinate or delay the proceeding. Withholding consent to video conferencing will then become a tool in the hands of one of the litigants to delay the proceedings”.

He, thus, concluded: “There is, in my view, no basis either in the Family Courts Act 1984 or in law to exclude recourse to video conferencing at any stage of the proceedings. Whether video conferencing should be permitted must be determined as part of the rational exercise of judgment by the Family Court… Family Courts must encourage the use of technology to facilitate speedy and effective solutions. Above all, it must be acknowledged that a whole-hearted acceptance of technology is necessary for courts to meet societal demands for efficient and timely justice.”