"Fantastic, A (former) Cabinet Minister Is Not Traceable": SC Pulls Up Bihar Police For Its Failure To Arrest Manju Verma In Muzaffarpur Case 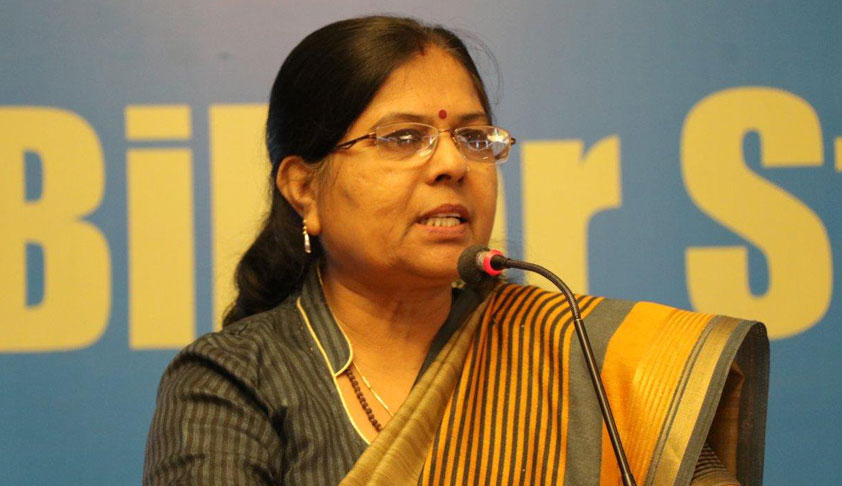 The Supreme Court Monday said it was "quite shocked" that the Bihar police was unable to trace and arrest former state minister Manju Verma, who had stepped down from the cabinet in the wake of the Muzaffarpur shelter home scandal, in a case related to alleged recovery of illegal ammunition from her.A bench of justices Madan B Lokur and Deepak Gupta summoned the Bihar director general of...

The Supreme Court Monday said it was "quite shocked" that the Bihar police was unable to trace and arrest former state minister Manju Verma, who had stepped down from the cabinet in the wake of the Muzaffarpur shelter home scandal, in a case related to alleged recovery of illegal ammunition from her.

A bench of justices Madan B Lokur and Deepak Gupta summoned the Bihar director general of police (DGP) to explain why the state police had failed to trace the whereabouts of Verma and arrest her in connection with the case.

Verma had resigned as the social welfare minister in the Bihar government following the Muzaffarpur case, where several women inmates of a shelter home were allegedly raped and sexually abused, after it came to light that her husband Chandrashekhar Verma had spoken to Brajesh Thakur, the prime accused in the case, several times between January and June.

At the outset, the bench asked, "Has the lady (Verma) been arrested?"

The counsel appearing for the Bihar government said Verma was not arrested yet as the police were not able to trace her.

"You call the DGP. This is too much," Justice Lokur told the counsel appearing for the state.

The bench, which posted the matter for further hearing to November 27, also said, "We are quite shocked that a former cabinet minister cannot be traced for more than a month."

It also made it clear that if Verma was arrested in the meanwhile, the DGP need not appear before it.

Advocate Fauzia Shakil, appearing for petitioner Nivedita Jha, raised the issue of the state of affairs in 14 other shelter homes in Bihar, which was highlighted in a report submitted by the Tata Institute of Social Sciences (TISS) to the Bihar government in March.

Shakil argued that the "high and mighty" were involved in these matters and despite the fact that rampant physical and sexual abuse of boys and girls was going on at these 14 shelter homes, no action was taken by the state till date.

"There appears to be widespread mismanagement in the shelter homes of Bihar," the bench said and asked the chief secretary of the state to remain present before it on November 27.

It also referred to a recent newspaper report that said five girls had run away from a shelter home in Bihar.

Advocate Aparna Bhat, assisting the court as an "amicus curiae" (an impartial adviser to a court of law in a particular case) in the shelter home case, said the Child Welfare Committee was not functioning properly in Bihar.

"Child Welfare Committee? Even the police is not functioning in Bihar," the bench observed.

On October 31, the apex court had expressed displeasure over the failure of the police in arresting Verma, whose anticipatory bail plea was dismissed by the Patna High Court on October 9.

Verma's husband had earlier surrendered before a court in Begusarai, Bihar in connection with the case related to recovery of ammunition.

The top court had last month directed that Thakur be shifted to the high-security jail in Punjab's Patiala from a jail in Bihar's Bhagalpur.

The order to shift Thakur out of Bihar was passed after the Central Bureau of Investigation (CBI) had, on October 25, told the top court that he was an influential person and was found in possession of a mobile phone inside the Bhagalpur jail.

The court had observed that the CBI, in its status report filed earlier, had noted that an FIR was lodged against Chandrashekhar and Manju Verma.

"The affairs of these two need to be looked into, particularly with regard to their procurement and possession of illegal ammunition and availability of illegal weapons, if any. We request the local police in the state of Bihar to look into this aspect with some degree of seriousness," the bench had said in its order.

Over 30 girls were allegedly raped and sexually abused at the Muzaffarpur shelter home and the issue was first highlighted in an audit report submitted by the TISS to the social welfare department of the Bihar government.

An FIR was lodged on May 31 against 11 people, including Thakur, who was running the shelter home.

The probe was later taken over by the CBI and so far, 17 people have been arrested.