Father-Son Face Off In Supreme Court 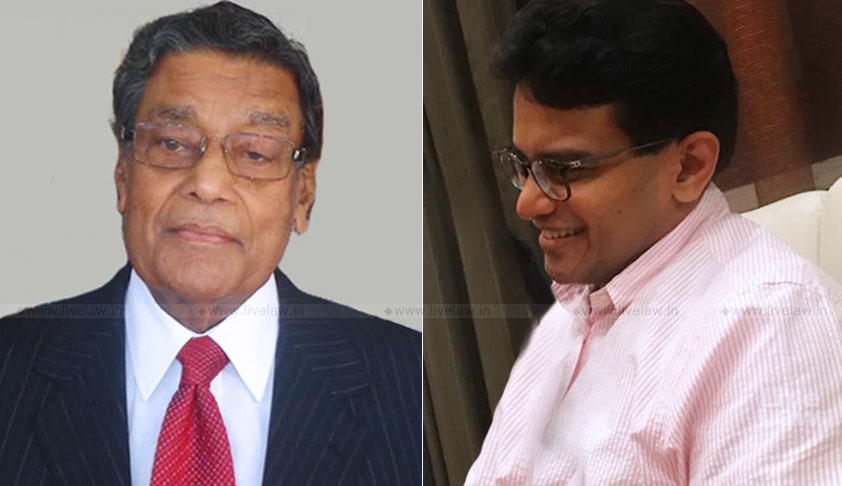 The five-judge constitution bench commenced hearing on the pleas seeking a ban on candidates from contesting elections against whom charges have been framed.

The Court witnessed an interesting father-son face off in the Constitution Bench hearing of PIL seeking to bar charge-sheeted politicians from contesting elections.

Opposing the PIL, Attorney General K.K Venugopal submitted that Court cannot add to the grounds of disqualification to contest election already  laid down by the Parliament in the Representation of Peoples Act. The AG also submitted that merely because a person is charge-sheeted, he cannot be disqualified, as an accused is entitled to the presumption of innocence until proven guilty.

However, these arguments were countered by none other than his son, Krishnan Venugopal, Senior Advocate, who is appearing for Ashwini Updahyaya. He submitted that Court can issue a direction to the political parties to prevent charge-sheeted politicians from contesting elections. Krishnan further suggested that the Election Commission can be directed to incorporate a condition for registration of political parties that they should undertake not to field candidates who stand charge-sheeted in criminal offences. He also said that Court can invoke its extra-ordinary powers to issue such directives to fill up legislative vacuum.

K. K. Venugopal drew the attention of the bench to section 7 of the RPA providing that a MP or MLA may be not disqualified on any other ground other than those specified in the Act. Justice Nariman assured that the bench had not missed the provision.

The hearing also witnesses some interesting observations by Justice Chandrachud- “the constitution speaks of qualification and disqualification. In the RPA, section 32 deals with nominations, while section 36(2) provides for the rejection of nomination where the candidate is either not qualified or is disqualified. The qualifications are prescribed in Article 84. So aside from the disqualifications, you must still be a qualified candidate. Apart from disqualification, is a person who is facing a serious charge qualified to subscribe to the oath in Schedule III?”

“suppose one is facing a murder charge and the charges have been framed. Can he take the oath?”, reiterated Justice Nariman.

Replying in the affirmative, the AG said that being entitled to Article 21, the candidate has the right to undergo the entire gamut of trial and enter his defence. “There is nothing in the oath except allegiance to the Constitution and the law...why can he not stand by the Constitution even if he is guilty?”, advanced the AG.

“We have to act as per the preliminary legislation which exists in this case. Nothing can be added”, he asserted.