Filing of Fresh SLP Against Self-Same Judgment Isn’t Permissible If No Such Liberty Was Granted In The Order In Earlier SLP: SC [Read Judgment] 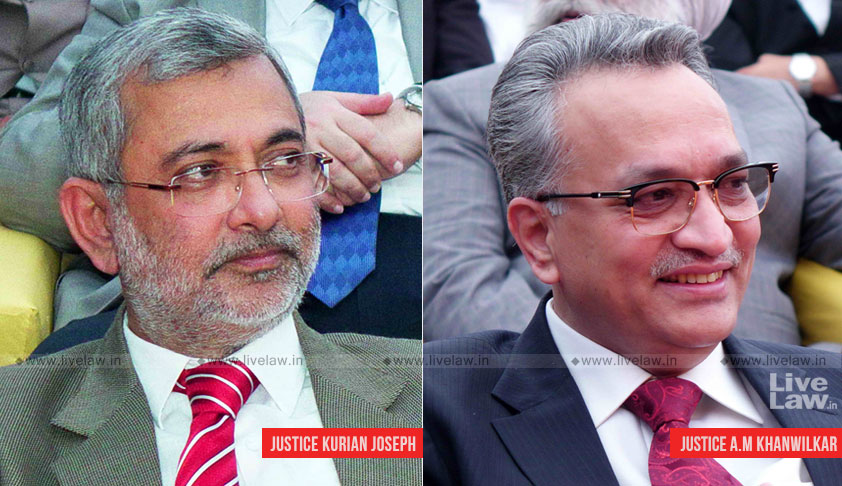 “In absence of such liberty to the appellants, filing of fresh special leave petition against the self-same judgment is not permissible.”

The Supreme Court has observed that filing of fresh special leave petition against the self-same judgment is not permissible if no such liberty was granted by the court while disposing of earlier SLP.

The respondents, disputed maintainability of the SLPs filed against the order in the writ petition, contending that the petitioners cannot be permitted to challenge the self-same judgment by filing successive petitions.

On this aspect, the bench of Justice Kurian Joseph and Justice AM Khanwilkar said: “Upon reading the order dated 16th March, 2018 and/or along with the order dated 20th August, 2018, it is amply clear that the liberty granted to the appellants was very limited. It posits that no other contention was kept open or could be raised in the review application or in any subsequent proceedings before this Court. As no liberty had been granted to the appellants to challenge the judgment of the High Court dated 28th November, 2017 afresh, it would mean that the appellants can pursue the Special Leave petition only against the decision of the High Court in review application, which the High Court had rejected for the reasons recorded in its order dated 25th July, 2018 (reproduced in paragraph No.6 above). In absence of such liberty to the appellants, filing of fresh special leave petition against the self-same judgment is not permissible.”

The bench added: “Suffice it to observe that while disposing of the Special Leave Petition filed by the appellants on the earlier occasion vide order dated 16th March, 2018, this Court has neither disturbed the conclusion reached by the High Court in its order dated 28th November, 2017 nor granted liberty to the appellants to challenge the said conclusion in the review application or for that matter, by way of a fresh Special Leave Petition.”

The respondents, relying on Sandhya Educational Society and Another Vs. Union of India, also contended that SLP filed only against the judgment in a review application is also not maintainable.

On this contention, the bench said: “Be that as it may, the judgment of the High Court in review application is a benign one and is certainly not more adverse to the appellants.”

The bench then proceeded to consider SLP filed against the order in review petition and refused to interfere with it.