Filling Up Of Police Vacancies: SC Permits States To Submit Roadmaps Within 10 Days 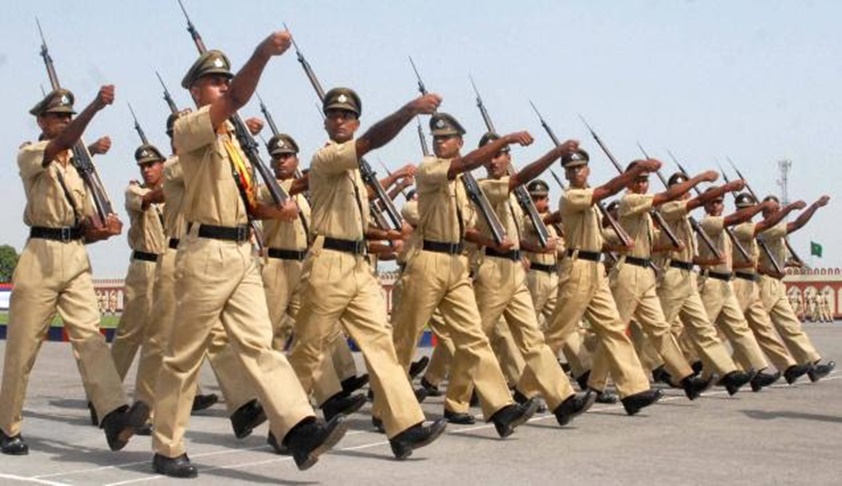 The Supreme Court bench of the Chief Justice J.S.Khehar and Justice D.Y.Chandrachud on August 4, granted the States, and Union Territories which have not so far filed their affidavits, to do so within ten days, in a part-heard matter, in which  petitioner, Manish Kumar, seeks prompt filling up huge number of vacancies in police departments in various States.

Manish Kumar, a Supreme Court advocate who appears as petitioner-in-person in this case, filed this petition in 2013.

The Court has accepted the petitioner’s submission that law and order situation has deteriorated on account of the existence of large number of vacancies in the police service at all levels.    The latest figure as on 1.1.2015 has been indicated as 4,73,049 vacancies, according to the Bureau of Police Research and Development.  The Court has been directing the Home Secretaries of all the States to file affidavits in the case, indicating a roadmap to fill the vacancies.

On August 4, Assam and Odisha Governments handed over their draft orders to the Court.  The petitioner has expressed his satisfaction with these drafts, and requested that the same be made a part of the order of the Court.

The bench has been issuing separate orders for each State, keeping in view the differences in factual matrix.

The bench sought an assurance from the State Government that the Chairman of the Police Recruitment and Selection Board would not be changed midstream, during the period intervening the issuance of the advertisement notification (for filling up the vacancies of different cadres), till the process of selection is completed.

Karnataka and Tamil Nadu Governments have submitted similar roadmaps to the Court for filling the vacancies in their States on the same day.

On May 2, and 3, West Bengal and Jharkhand submitted their roadmaps to the Court respectively.

On May 5, Bihar, Haryana, Madhya Pradesh and Chattisgarh submitted their roadmaps.

With Assam and Odisha submitting their drafts on August 4, the number of States which have so far submitted roadmaps for filling vacancies in police services has risen to 11.