Finalize conferment of Citizenship Rights on eligible Chakma and Hajong Tribals of AP: SC to Centre and State Govt. 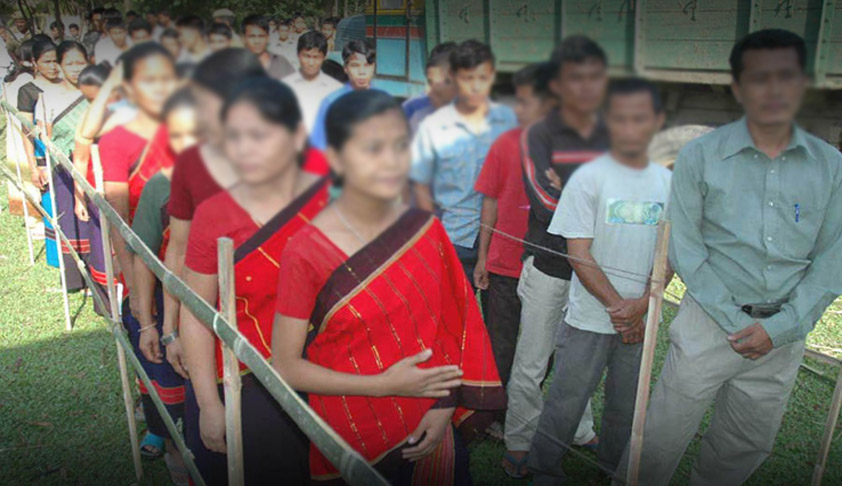 The Supreme Court on Thursday directed the Centre and State Government to finalize the conferment of citizenship rights on eligible Chakma and Hajong Tribals who migrated to India in 1964-1969 and were settled in the State of Arunachal Pradesh.The Bench, comprising Justice Anil R. Dave and Justice A.K. Goel also directed that steps be taken for protection of their life and liberty and...

The Supreme Court on Thursday directed the Centre and State Government to finalize the conferment of citizenship rights on eligible Chakma and Hajong Tribals who migrated to India in 1964-1969 and were settled in the State of Arunachal Pradesh.

The Bench, comprising Justice Anil R. Dave and Justice A.K. Goel also directed that steps be taken for protection of their life and liberty and prevent discrimination meted out to them in any manner. The exercise has been directed to be completed at the ‘earliest’, preferably within three months.

“[T]hey need to be protected and their claims of citizenship need to be considered as per applicable procedure. They could not be discriminated against in any manner pending formal conferment of rights of citizenship. Their status also stands duly acknowledged in the guidelines of the Election Commission of India,” the Court observed, while hearing the Petition filed by the Committee for Citizenship Rights of the Chakmas of Arunachal Pradesh

As per joint statement issued by the Prime Ministers of India and Bangladesh in February, 1972, the Union Government took a decision to confer citizenship on the Chakmas under Section 5(1)(a) of the Citizenship Act, 1955 but the State of Arunachal Pradesh had reservations on this count. The Central Government was in favour of a dialogue between the State Government, the Chakmas and all concerned to resolve the issue of granting citizenship while also redressing the genuine grievances of citizens of AP.

Representations were also filed by the National Human Rights Commission (NHRC), alleging persecution of Chakmas and Hajongs in Arunachal Pradesh. The NHRC had then approached the Apex Court in 1995, seeking a direction to ensure that the Chakmas and Hajongs are not forcibly ousted from the State. The Centre had then stated that the decision to settle the Chakmas in Arunachal Pradesh was taken after discussion between the Government of India and the North-East Frontier Agency Administration.

The stand of the State Government was that it had provided basic amenities to the Chakmas but the State had a right to ask the Chakmas to quit the State. The State could not permit outsiders to settle within its territory as it had limited resources and the Union of India had refused to share its responsibility. The Deputy Commissioner of the area was to forward the applications for citizenship after due inquiry but no such application was pending.

The State had further averred that settlement of Chakmas will disturb its ethnic balance and destroy its culture and identity. The tribals of the State consider Chakmas as potential threat to their tradition and culture.

The Court had however, in the NHRC case, directed the State Government to ensure that life and liberty of Chakmas residing in the State was protected against any attempt to evict them by organized groups such as the All Arunachal Pradesh Students’ Union and their applications could be forwarded to the Central Government.

This however did not prove to be of any help to the Chakmas. The State Government had passed a resolution on May 14, 2003 against facilities to them. This was declared unconstitutional and set aside by the Election Commission of India on March 3, 2004. The State had however not forwarded the applications of the Chakmas as required under Rule 9 of the Citizenship Rules to the Central Government.

The petitioners had submitted before the Court that the children of Chakmas and Hajongs are denied educational facilities. They were not being covered by the public distribution system.

They had made representations to the 10th Lok Sabha and also to Rajya Sabha Committee, which in its 105th report had recommended that citizenship be granted to the Chakmas. The recommendation was however not acted upon.

Ministry of Home Affairs informed the Court that the applications directly received by it were forwarded to the State Government. Only a few were returned, although with negative recommendations.

Opposing the Petition, the State Government contended that there was no threat to life and liberty of the Chakmas and Hajong refugees. They further submitted that they had followed the Court’s judgment and had taken all steps to comply with the same.

The State also informed the Court that Ministry of Home Affairs has constituted a committee under the Chairmanship of Joint Secretary (N.E.), Ministry of Home Affairs on 10th August, 2010 to examine various issues relating to settlement of Chakmas/Hajongs in Arunachal Pradesh including the possibility of granting Indian citizenship to eligible Chakmas/ Hajongs. The Committee has held its sitting on 9th January, 2012 and taken certain decisions. It thus submitted that even though there was delay in the matter, the issue was not being ignored.

The Court took note of a judgment of the Gauhati High Court in PIL No.52 of 2010 titled All Arunachal Pradesh Students Union (AAPSU) vs. The Election Commission of India, wherein the Court had noted that in contradiction to those unwanted illegal migrants who sneak into the country, the Chakmas migrated to India on account of their displacement and the Government of India agreed to grant them citizenship.