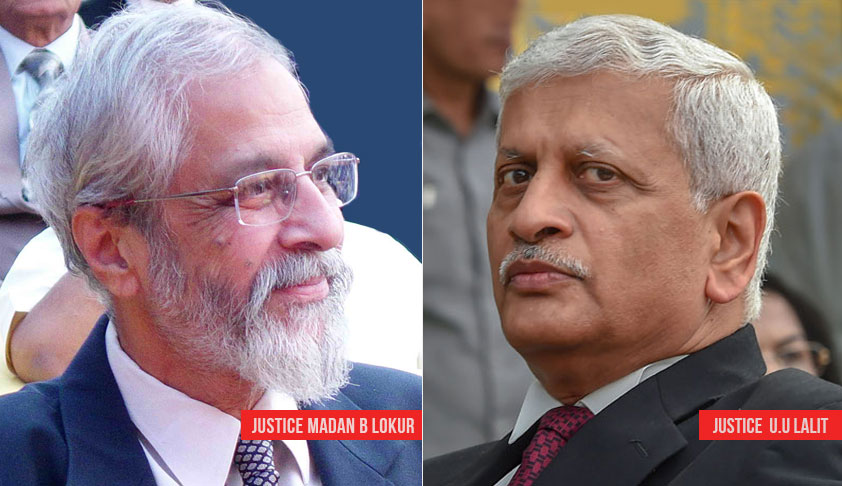 The Supreme Court on Monday directed the Centre to finalize the Standard Operating Procedure (SOP) for handling complaints involving child pornography by November 15.The bench comprising Justice Madan B Lokur and Justice UU Lalit asserted, “We are constrained to fix this deadline because the Union of India has already had more than two months of experience in working the Standard...

The Supreme Court on Monday directed the Centre to finalize the Standard Operating Procedure (SOP) for handling complaints involving child pornography by November 15.

The bench comprising Justice Madan B Lokur and Justice UU Lalit asserted, “We are constrained to fix this deadline because the Union of India has already had more than two months of experience in working the Standard Operating Procedure and the portal and there must be some finality to the process.”

The direction was issued during the hearing of a suo motu petition initiated by the court pursuant to a letter sent by Hyderabad based Prajwala, an anti-trafficking NGO, back in 2015.

The letter was addressed to former Chief Justice of India HL Dattu and was accompanied by two rape videos in a pen drive. The letter had demanded that the Ministry of Home Affairs tie up with messaging systems and websites to prevent these videos from being uploaded. It had also appealed to the states to introduce special training when it came to cyber-crime issues.

Additional Solicitor General Ms. Pinky Anand submitted that the document has undergone a few changes since its first version, which was prepared on June 18 this year. This was in view of comments received from various State governments from time to time.

The court, however, opined that a cut off date must be fixed for its finalization, while clarifying that improvements can continue to be made after such date as well. It ordered, “In any event, since these comments, improvements and suggestions from the State Governments may be a continuous process, we are of the opinion that a cut-off date must be fixed for finalizing the Standard Operating Procedure. Accordingly, we fix 15th November, 2018 as the date for finalizing the Standard Operating Procedure. Of course, this does not mean that improvements cannot be made from time to time and as and when necessary.”

A copy of the SOP was directed to be given to the intermediaries before the court, as well as amicus curiae Ms. NS Nappinai and counsel for the petitioner. They have been directed to submit their suggestions to the Ministry of Home Affairs by November 9.

The court was further informed that there have been instances where the concerned nodal officer has not responded with the steps being taken following direction to intermediaries to take down objectionable content.

“It is pointed out that as per the information given by learned Additional Solicitor General 43 notices have been issued as on 22nd October, 2018, but the total number of take down orders passed is only 21. There is no clarity with regard to the balance 22. Similarly, the total number of complaints received are 630, but the number of complaints taken up for enquiry is only 355. It is again not clear what has happened to the balance complaints,” the court noted.

It then directed the Centre to file an affidavit indicating the number of complaints received and the action taken in a tabulated form for more clarity.

Furthermore, Ms. Anand informed the court that while a grievance redressal mechanism is on the cards, it would take some time to put it in place. According to the order, it is being contemplated that the names of all the nodal officers will be put up on the portal so that the public is aware of the person to whom they can get in touch with in case objectionable material is placed on internet.

In the meantime, the court ordered identification of an officer superior to the nodal officer, who may act as an appellate authority in case of any disagreement with the views of the nodal officer.

Fresh status report is expected to be filed by the Centre before the next date of hearing, which is November 22.