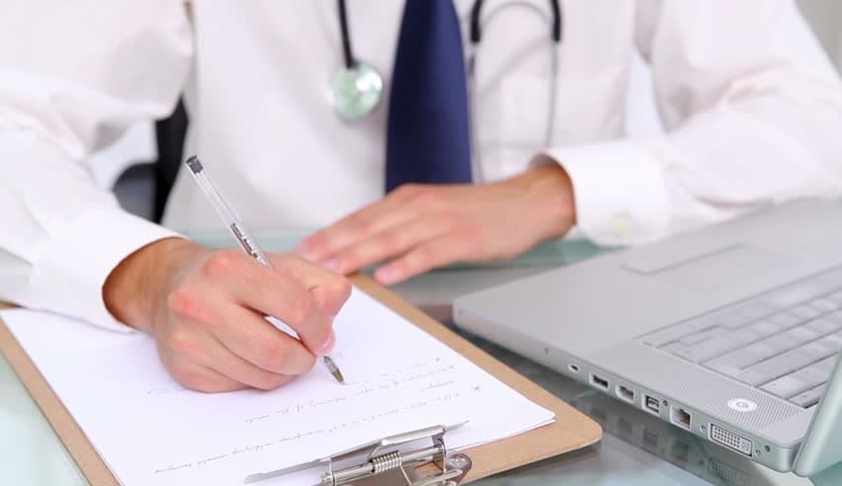 However, it does not happen quite often that a court takes note of the doctor's poor handwriting and calls for an explanation.

The Allahabad High Court has told a doctor found to be routinely issuing disability certificates to be careful as the diagnosis mentioned by him was “not at all readable” and it was not clear what kind of disability was suffered by a workman claiming compensation under the workmen’s compensation Act for disability suffered due to an accident on the job.

In the instant case, Justice Ashok Kumar asked the doctor concerned to file an affidavit explaining what he has written under the head “diagnosis” in the disability certificate issued to a workman named Guddu failing which he will have to personally appear before the court.

The court was hearing appeal moved by New India Assurance Co. Ltd against the award passed in favour of Guddu Kumar in July by the Commissioner under the Workmen’s Compensation Act, 1923 and Additional Labour Commissioner, Kanpur Region, Kanpur.

Guddu Kumar was employed by one Babbal Bhatia to drive his truck at a monthly salary of Rs 8,000. On the intervening night of October 23-23, 2016, he was going to Patna in the truck as directed by Bhatia. As soon as he reached Patna, a negligently-driven vehicle collided head-on with his truck.

Guddu, who was 22 years old then, suffered a fracture in his leg and had to be brought to Kanpur for surgery. Post-surgery, he suffered disability and became unfit to drive any vehicle.

He was awarded a compensation of Rs 5.24 lakh.

The disability certificate issued by the doctor as per Section 4 of the Workmen’s Compensation Act assessed his disability at 50 per cent while making certain notes under the head “diagnosis”.

During hearing of the appeal, appearing for New India Assurance Co. Ltd., advocate Pranjal Mehrotra relied on Explanation II to Section 4(c)(ii) of the Act requiring a medical practitioner to assess the loss of earning capacity of the claimant due to injury caused by an unspecified injury by having regard to the loss of earning capacity in relation to different injuries specified in Schedule I of the Act.

Mehrotra pointed out that in the disability certificate issued by one Dr. Avatar Singh showing the disability to the extent of 50 per cent, it was not clear as to what kind of disability is mentioned in the certificate and therefore, the Loss of Earning Capacity was not assessed as per the provisions contained in Item (ii) of Clause (c) of Sub-section (1) of Section 4 of the Employee’s Compensation Act, 1923, read with Explanation-II to the said Clause (c).

At this, Justice Kumar ordered Standing Counsel Avinash Chandra Tripathi to send a copy of his order “along with the photostat copy of annexure 3, disability certificate issued by Dr. Avatar Singh dated 27.09.2017 requiring the explanation of Dr. Avatar Singh as to what he has mentioned in the disability certificate under the heading of diagnosis as the contents mentioned by him are not at all readable or cannot be explained by anyone except him”.

“This Court finds in many of the cases, where the same doctor, namely Dr. Avatar Singh has issued the disability certificate and mentioned the diagnosis are not at all readable by any of the counsel or either of the parties.

“Dr. Avatar Singh is hereby directed to file his affidavit explaining the diagnosis mentioned by him in the instant disability certificate no. 3949 dated 27.09.2017 issued in favour of the claimant, Guddu Kumar,” ordered Justice Kumar.