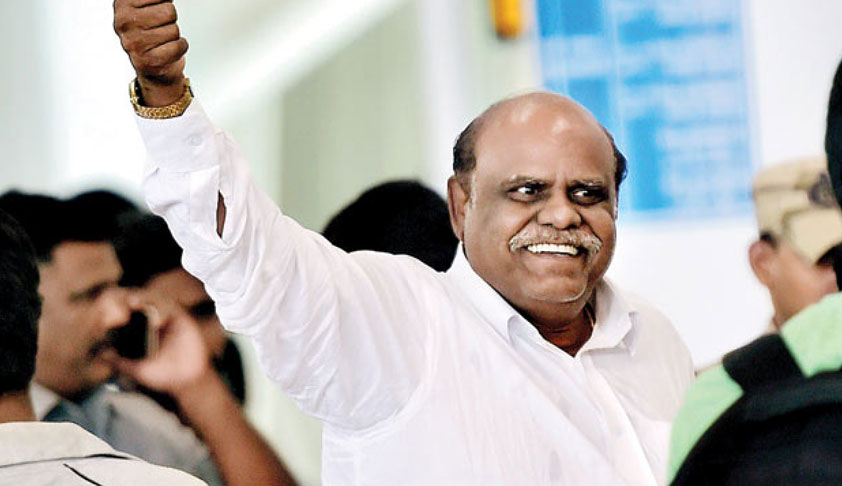 Calcutta High Court’s former judge Justice CS Karnan, who was once jailed for contempt by the Supreme Court and retired while absconding, has announced the launch of his political party to contest the 2019 General Elections.

Justice Karnan has named his party ‘Anti-Corruption Dynamic Party’ and has announced that it would be contesting polls in 2019 from seats across India, including Varanasi, the constituency of Prime Minister Narendra Modi.

The announcement was made on the sidelines of a human rights convention in Kolkata.

"My party will take part in the forthcoming (Lok Sabha) polls in 2019. We will decide on the number of seats but only women candidates will be nominated for contesting.

"We are approaching the Chief Election Commissioner for registration of my party," Justice Karnan is reported to have said.

On atrocities against Dalits, Justice Karnan said in his address at the convention that the state machineries and the Central government should protect the interests of minorities and Dalits, which is the paramount duty of the respective governments.

Justice Karnan retired in June 2017, while evading arrest after a seven-judge bench of the Supreme Court headed by then CJI JS Khehar sentenced him to six months in jail for contempt of court.

He was later arrested by West Bengal CID from Coimbatore.

Justice Karnan was enrolled as an advocate with the Bar Council of Tamil Nadu in 1983.

He was appointed a judge of the Madras High Court in 2009 and transferred to the Calcutta High Court on March 11, 2016.