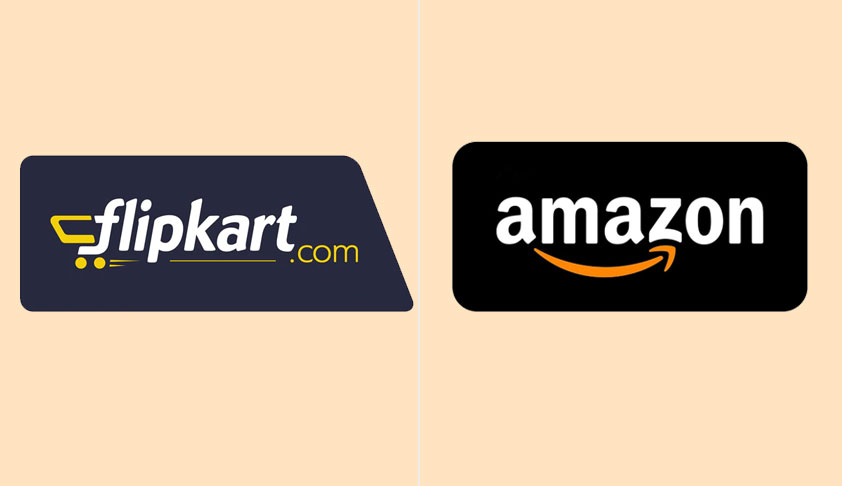 "It does not appear that any one player in the market is commanding any dominant position at this stage of evolution of market.", the CCI observed.

Holding that Flipkart and Amazon are not acting in violation of Competition Act, the Competition Commission of India rejected a complaint filed by All India Online Vendors Association alleging abuse of market dominance by the e-commerce platforms.

The complaint alleged that Flipkart was giving preferential treatment to some of the retailers and was acting in violation of Section 4 of Competition Act by abusing market dominance. As an instance of alleged unfair practise, the complaint pointed out that Flipkart used to give preferential treatment to goods sold by WS Retail Services Ltd, which was owned by founders of Flipkart till 2012.  The complaint sought, inter alia, to thoroughly investigate the e-commerce sector at large, as multiple players are indulging in sophisticated discriminatory practices.

Though the complaint was filed only against Flipkart, the Commission decided to hold conference with Amazon Services Ltd as well, to understand the nuances of e-commerce market.

Regarding the issue of dominance, the CCI observed "looking at the present market construct and structure of online marketplace platforms market in India, it does not appear that any one player in the market is commanding any dominant position at this stage of evolution of market."

"On the issue of dominance, the Informant has stated that the OPs hold over 40% market share. In this regard, it is observed that the Informant has not given any credible source for the market share data. Moreover, there are multiple players in the online marketplace platforms. As per the data available in the public domain, it appears that presently Flipkart and Amazon are the bigger competitors; moreover, there are other players like Paytm Mall, SnapDeal, Shopclues etc. No doubt, the size and resources of Flipkart are large; yet, it cannot be disputed that the closest competitor to Flipkart is Amazon which has a valuation of around 700 billion dollars and has a global presence. With regards to entry barriers, it has to be noted that it is possible for new entrants to create online marketplace platforms, but the advantage gained by incumbents due to network effects may be difficult to breach. However, Flipkart has pointed out that there are several new players which have entered or propose to enter the e-commerce segment, such as Paytm Mall, thus indicative of low entry barrier", the CCI noted in its order.

The CCI order issued on November 6 also held that the terms and conditions of Flipkart were not contrary to law. It also expressed that no case of contravention of the provisions of Section 4 of the Act is made out against Amazon as well. Since they were not dominant, the allegation of abused of dominance was held to be baseless.

"The Commission observes that the marketplace based e-commerce model is still a relatively nascent and evolving model of retail distribution in India and the Commission is cognizant of the technology-driven nature of this model. Recognizing the growth potential as well as the efficiencies and consumer benefits that such markets can provide, the Commission is of the considered opinion that any intervention in such markets needs to be carefully crafted lest it stifles innovation", held the CCI coram of Sudhir Mital, Chairperson and members Augustien Peter and U C Nahata.