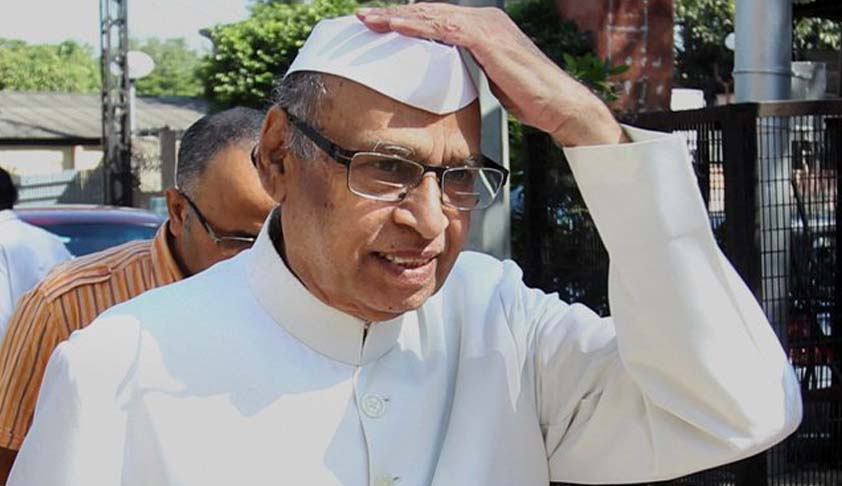 The Supreme Court judgment striking down a provision that protects a convicted lawmaker from disqualification on the ground of pendency of appeal in higher courts saw light of the day when convicted Congress leader Rashid Masood lost his Rajya Sabha seat for being held guilty in a case of corruption and other offences.

66-year-old Masood became the first MP to lose his seat after the after the Supreme Court struck down sub-section 4 of the Representation of the People Act under which immunity was provided to MPs, MLAs and MLCs from immediate disqualification on the ground of pendency of appeal in higher courts.

A Supreme Court Bench comprising Justice AK Patnaik and Justice S J Mukhopadhayay had earlier rejected Centre’s review petition seeking the review of its judgment, (Lily Thomas Case), debarring convicted MPs and MLAs, who have been awarded two years or more jail term, from contesting elections, but had agreed to reconsider the decision in Chief Election Commissioner vs. Jan Chaukidar and others (Civil Appeal Nos. 3040-3041 of 2004).

In the judgment delivered on 10th July, 2013, the Supreme Court had declared Section 8(4) of the Representation of the People Act unconstitutional, which allowed a Member of Parliament and State Legislative Assemblies to retain their Membership of the House they were elected to, for three months to enable them to file an appeal in the higher court. The said provision allowed the Members convicted of crime by trial court till their conviction is suspended in appeal by the higher courts. The foremost ground for filing the review petition, as argued by the Centre, was that the Supreme Court judgment on disqualification of MPs based on interpretation of Article 102 (1) (e) was decided by a two- judge bench and was not referred to a larger Constitution Bench.

Secretary-General Shumsher K. Sheriff has issued a notification stating “ … consequent upon his conviction on September 19, 2013, followed by an award of sentence of four years’ rigorous imprisonment along with a fine of Rs. 10,000/- … (sentences to run concurrently) Mr. Rasheed Masood stands disqualified for being a Member of the Council of States (Rajya Sabha) from the date of his conviction, i.e. the 19th day of September, for the period of his sentence and shall continue to be disqualified for a further period of six years since his release in terms of the existing Section 8 of the Representation of the People Act, 1951 (43 of 1951) read with sub clause (e) of clause (1) of the Article 102 of the Constitution.”

Under the Prevention of Corruption Act and IPC Sections 120-B (criminal conspiracy), 420 (cheating) and 468 (forgery), a Special CBI judge held Masood, Minister of Health in the VP Singh government between 1990 and 1991, guilty for fraudulently nominating undeserving candidates to MBBS seats allocated to Tripura in medical colleges from the Central pool.

The government had introduced a Bill in Parliament in the Monsoon session seeking to negate the Supreme Court verdict. But the Bill could not be passed due to differences with the opposition. On September 24, the Union Cabinet however cleared an ordinance on the lines of the bill to protect convicted lawmakers. Subsequently, Congress Vice President Rahul Gandhi made a public outburst by criticizing the Ordinance and calling it as “nonsense” which led the Cabinet to withdraw the Ordinance as well as Bill on October 2.

Recently Attorney General G E Vahanvati cleared the air about the procedure to be followed following conviction of an MP and told the Lok Sabha Secretariat that notification declaring the seats vacant should be issued immediately and any delay in issuing notification could mean non-compliance of a Supreme Court order. He made it clear that the day an MP is convicted by a court he/she stands disqualified and the notification announcing vacancy in seat should be done immediately by the concerned House from which the MP belongs.

Also, a notification is likely to be issued by the Lok Sabha Secretariat disqualifying convicted Lok Sabha members RJD’s Lalu Prasad Yadav (elected from Chapra) and JD (U)’s Jagadish Sharma (Jahanabad), both in Bihar, with effect from September 30, when they were convicted by a Special CBI court in Ranchi.