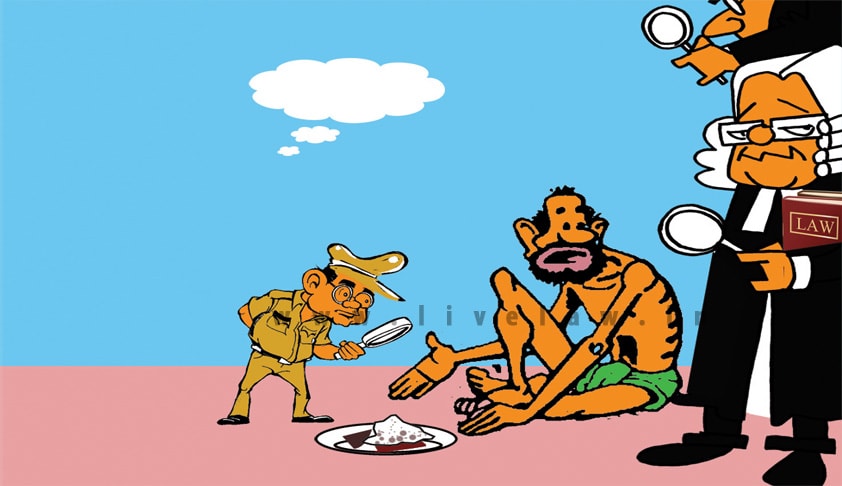 The Lucknow bench of Allahabad High Court has held that food, food habits and vending thereof is undisputedly connected with the right to life and livelihood guaranteed under Article 21 of the Constitution of India. The Court also observed that food habits in UP have flourished and are an essential part of life as an element of the secular culture that has come to exist and is common amongst...

The Lucknow bench of Allahabad High Court has held that food, food habits and vending thereof is undisputedly connected with the right to life and livelihood guaranteed under Article 21 of the Constitution of India. The Court also observed that food habits in UP have flourished and are an essential part of life as an element of the secular culture that has come to exist and is common amongst all sections of the Society.

A division bench of Justices Amreshwar Pratap Sahi and Sanjai Harkauli was considering the writ petition filed by a  petty retail meat shop owner at Nagar Palika, Lakhimpur, Kehri to renew his licence in the backdrop of State Government action against illegal slaughter houses and meat shops.

The State Government on the issue before the bench contended that their intention is neither to ban consumption of meat nor to close all slaughterhouses. Their intention is to ban the illegal slaughter houses and regulate its functioning and moreover to comply with the SC order in case of Laxmi Narayan Modi v Union of India.

The Bench observed that the issues relating to the status of animals, meat whereof has to be traded, namely, bovine, goat, poultry, fish and the retailing of such other items have also to be taken into consideration to make provisions vis-a-vis the different methods and essentials for slaughtering and selling of meat of different category of animals.

“Apart from this, the issue of non-availability of any such facilities for the slaughtering of animals is the major concern that has given rise to this problem. In the absence of any facilities having been provided by the Municipal Corporations, the local bodies or the Zila Panchayats, such trade or profession may prima facie face complete prohibition and affect the livelihood of those involved in this trade and profession thereby impinging their Fundamental Rights guaranteed under Article 19 of the Constitution of India. Not only this the same is also coupled with the issues relating to their livelihood apart from their trade and profession, that would also impinge Article 21 of the Constitution of India”

Food  is a private choice

The Bench also observed that the ban also affects public life in general particularly the consumers of such foodstuffs that are not being now made available on account of imposition of stringent policing without making any provision for slaughtering or such facilities that are necessary for the continuance of such trade and business.

“Thus, it is the private life of an individual that is also affected who may desire to have such foodstuffs as his private choice of consumption”

The Bench was of the opinion that to provide an immediate check on unlawful activity should be simultaneous with facilitating the carrying of lawful activity, particularly that relating to food, food habits and vending thereof that is undisputedly connected with the right to life and livelihood.

The Bench also observed that Health, Culture, Personal food habits, the socio-economic status of the society, the availability of foodstuff at affordable prices, the convenience of availability, the contents, quality and strength of foodstuff essential to life, and a balance of such competing rights under the secular umbrella of the Constitution are all issues that need a deliberation before any overt or covert action is taken.

“It should not appear to be abrupt for those who are at the receiving end and should not be legally unconstitutional”, it said.

The Court further expressed its concerns towards petty retailers like the petitioner who are seeking renewal of their existing licenses. According to the Bench, activities in rural areas concerning petty meat shops in a village are regulated by bye-laws made by Zila Parihad. The Court expressed that, the rural and the urban markets have different demographic situations and hence have to be regulated by local laws. Areas where facilities are totally absent need consideration from the state government as to look after the well being of small petty vendors who earn their livelihood from sale and retail of such foods and cater to the daily needs of the local population.

High Court has directed the State Government to convene a meeting forthwith for such consideration and take up the matter in right earnest to resolve the said issue that by and large are interconnected with each other and directly impinge upon not only the trade and profession of those who are involved in it but also directly affect the consumers and the public at large.

The Court has posted the matter for further hearing on 13.4.2017