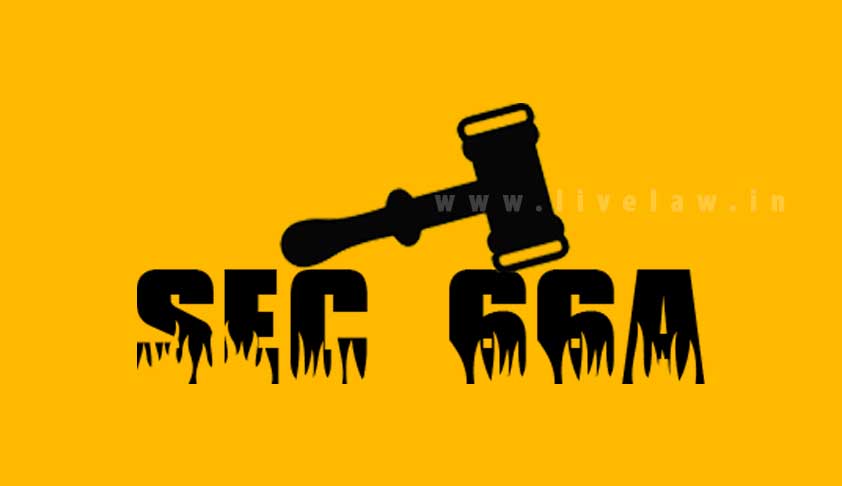 Can anyone in any democracy imagine an expression crime without defaming or inciting a crime, affecting public order, decency or morality and devoid of mens rea? Section 66A was opposed not only to constitutionally guaranteed expression freedom but also to cardinal principles of criminal justice anywhere in the rule-of-law-governed states. The offence created by Section 66A (of...

Can anyone in any democracy imagine an expression crime without defaming or inciting a crime, affecting public order, decency or morality and devoid of mens rea? Section 66A was opposed not only to constitutionally guaranteed expression freedom but also to cardinal principles of criminal justice anywhere in the rule-of-law-governed states.

The offence created by Section 66A (of Information Technology Act 2000 as incorporated by amendment in 2008) has no proximate relation with any of the eight subject matters contained in Article 19(2) of the Constitution of India. The Union vehemently claimed that this Section can be supported under the heads of public order, defamation, incitement to an offence and decency or morality. The Supreme Court picked up each of these so called ‘defences’ and shot them down with fine analysis, comparison with several judgements of English and UK courts to finally uphold the freedom of expression both online and offline.

A great, comprehensive and analytical protection to the voices of common man and a wonderful shield to secure their personal liberty was built by two judges of Supreme Court, J Chalameshwar, and RF Nariman. Entire nation including journalists and netizens should thank them for standing by their liberty of voicing dissent.  The SC took the support of its own decision of 1962 in Sakal papers case ([1962] 3 S.C.R. 842), which said: Freedom of speech can be restricted only in the interests of the security of the State, friendly relations with foreign State, public order, decency or morality or in relation to contempt of court, defamation or incitement to an offence. It cannot, like the freedom to carry on business, be curtailed in the interest of the general public. If a law directly affecting it is challenged, it is no answer that the restrictions enacted by it are justifiable under clauses (3) to (6). For, the scheme of Article 19 is to enumerate different freedoms separately and then to specify the extent of restrictions to which they may be subjected and the objects for securing which this could be done.

In State of Bihar v. Shailabala Devi, [1952] S.C.R. 654, SC said that an article, in order to be banned must have a tendency to excite persons to acts of violence (at page 662-663). The test laid down in the said decision was that the article should be considered as a whole in a fair free liberal spirit and then it must be decided what effect it would have on the mind of a reasonable reader. (at pages 664-665)

Defamation: Section 66A does not concern itself with injury to reputation of individual. Something may be grossly offensive and may annoy or be inconvenient to somebody without at all affecting his reputation. It is clear therefore that the Section is not aimed at defamatory statements at all.

Incitement to commit an offence: Equally, Section 66A has no proximate connection with incitement to commit an offence. Firstly, the information disseminated over the internet need not be information which “incites” anybody at all. Written words may be sent that may be purely in the realm of “discussion” or “advocacy” of a “particular point of view”. Further, the mere causing of annoyance, inconvenience, danger etc., or being grossly offensive or having a menacing character are not offences under the Penal Code at all. They may be ingredients of certain offences under the Penal Code but are not offences in themselves. For these reasons, Section 66A has nothing to do with “incitement to an offence”.

As Section 66A severely curtails information that may be sent on the internet based on whether it is grossly offensive, annoying, inconvenient, etc. and being unrelated to any of the eight subject matters under Article 19(2) must, therefore, fall foul of Article 19(1)(a), and not being saved under Article 19(2), is declared as unconstitutional, the SC said.

Obscenity: In Director General, Directorate General of Doordarshan v. Anand Patwardhan, 2006 (8) SCC 433, SC noticed the law in the United States and said that a material may be regarded as obscene if the average person applying contemporary community standards would find that the subject matter taken as a whole appeals to the prurient interest and that taken as a whole it otherwise lacks serious literary artistic, political, educational or scientific value (see Para 31). In Aveek Sarkar v. State of West Bengal, 2014 (4) SCC 257, Supreme Court referred to English, U.S. and Canadian judgments and moved away from the Hicklin test and applied the contemporary community standards test. Section 66A cannot possibly be said to create an offence which falls within the expression ‘decency’ or ‘morality’ in that what may be grossly offensive or annoying under the Section need not be obscene at all – in fact the word ‘obscene’ is conspicuous by its absence in Section 66A.

Vagueness: The Supreme Court rightly observed that vagueness embodied within s 66A makes it draconian as that could be used and abused to punish offensive and innocent expressions either on net or in print. Information that may be grossly offensive or which causes annoyance or inconvenience are undefined terms which take into the net a very large amount of protected and innocent speech.

The two judges cited the U.S. Supreme Court decisions wherein it has repeatedly held that where no reasonable standards are laid down to define guilt in a Section which creates an offence, and where no clear guidance is given to either law abiding citizens or to authorities and courts, a Section which creates an offence and which is vague must be struck down as being arbitrary and unreasonable.

They said: It is thus clear that not only are the expressions used in Section 66A expressions of inexactitude but they are also over broad and would fall foul of the repeated injunctions of this Court that restrictions on the freedom of speech must be couched in the narrowest possible terms.

No place to mensrea: Deciding several writ petitions challenging 66A, SC said: “It is quite clear that the expressions used in 66A are completely open-ended and undefined. It will be clear that in all computer related offences that are spoken of by Section 66, mens rea is an ingredient and the expression “dishonestly” and “fraudulently” are defined with some degree of specificity, unlike the expressions used in Section 66A…. it is clear that Section 66A arbitrarily, excessively and disproportionately invades the right of free speech and upsets the balance between such right and the reasonable restrictions that may be imposed on such right”.

Summary: As summarised by the SC, this is the conclusion: (a)Section 66A of the Information Technology Act, 2000 is struck down in its entirety being violative of Article 19(1)(a) and not saved under Article 19(2). (b)Section 69A and the Information Technology (Procedure & Safeguards for Blocking for Access of Information by Public) Rules 2009 are constitutionally valid. (c)Section 79 is valid subject to Section 79(3)(b) being read down to mean that an intermediary upon receiving actual knowledge from a court order or on being notified by the appropriate government or its agency that unlawful acts relatable to Article 19(2) are going to be committed then fails to expeditiously remove or disable access to such material. Similarly, the Information Technology “Intermediary Guidelines” Rules, 2011 are valid subject to Rule 3 sub-rule (4) being read down in the same manner as indicated in the judgment. (d)Section 118(d) of the Kerala Police Act is struck down being violative of Article 19(1)(a) and not saved by Article 19(2).