For the kind attention of BCI: Law firms are advertising through Google Ads 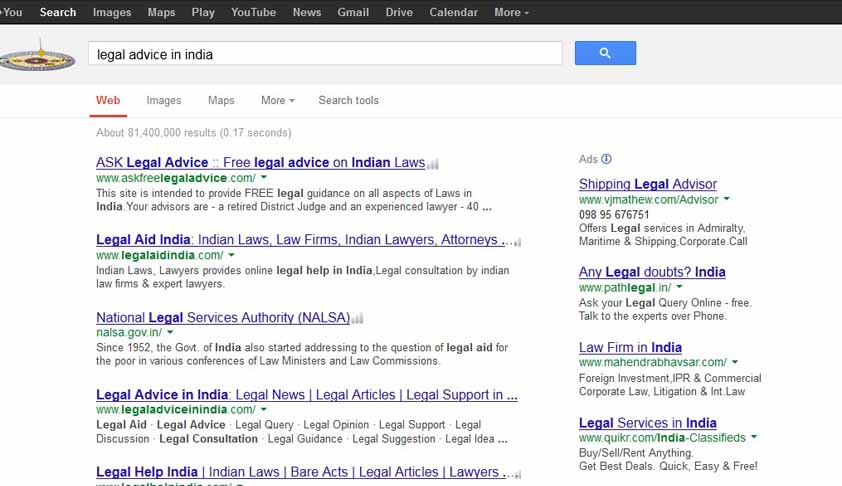 Subscription starts from
₹ 599+GST
(For 6 Months)
View Plans
Premium account gives you:
Subscribe Now
Already a subscriber?
Login
Bar Council of India (BCI) Rules stipulate that an advocate shall not solicit work or advertise in any manner. Further
the BCI rules mandate that any promotion in the form of circulars, advertisements, touts, personal communications, interviews, etc should not be done. Relevant rules can be accessed here.

The above mentioned rule does not stand in the way of lawyers from having websites of their own. However, an advocate can provide only basic information prescribed in the schedule to BCI Rules. This includes Name, Address, Telephone Numbers, E-mail, Enrolment Number, Date of Enrolment, Name of State Bar Council where originally enrolled, Name of State Bar Council on whose roll name stands currently, Name of the Bar Association of which the Advocate is Member, Professional and Academic Qualifications and Areas of Practice. It was earlier highlighted here, how several of the law firms are in blatant violation of this rule. Even after this was brought to the attention of the BCI, no action has been taken either to clamp down those who flout the regulations or to recognise the changing nature of the ‘noble’ legal profession and relax the rules against advertising.

Live Law investigation has found out that many law firms are continuing to flout the BCI norms and are now openly advertising using Google Ads. Relevant screen shots of various ads that we have come across are available below.

Speaking to Live Law, BCI Chairman Manan Kumar Mishra said, “We have taken note of this. Very soon be will be convening a meeting with all the law firms and discussing this.” He refused to comment further.