There Is Force In The Contention That The 'New Cattle Rules' Is Beyond The Scope And Ultravires PCA Act: Kerala HC [Read Order] 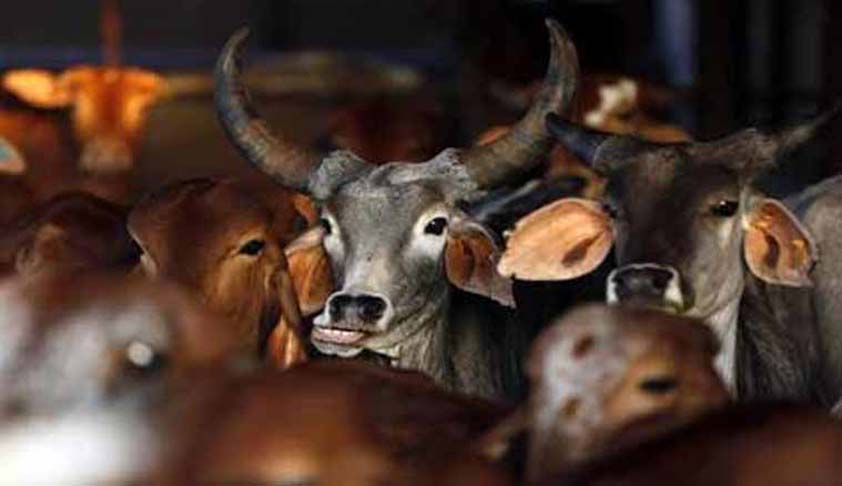 Though the Kerala High Court on Wednesday refused to grant interim stay of operation of Rule 22 of the Prevention of Cruelty to Animals (Regulation of Livestock Market) Rules 2017, the Court has made some serious observations doubting the constitutional validity of the Rules.On May 31, Justice PB Suresh Kumar had reserved orders in three writ petitions filed by traders in cattle and...

Though the Kerala High Court on Wednesday refused to grant interim stay of operation of Rule 22 of the Prevention of Cruelty to Animals (Regulation of Livestock Market) Rules 2017, the Court has made some serious observations doubting the constitutional validity of the Rules.

On May 31, Justice PB Suresh Kumar had reserved orders in three writ petitions filed by traders in cattle and meat, and an association of workers engaged in meat markets.

The primary contention of the petitioners was that the Rules were void for want of legislative competence, as they asserted that preservation and protection of livestock was an exclusive state subject, as per Entry 15, List II of Seventh Schedule of the Constitution.

Further, it was contended that slaughter of animals for food was a permissible activity under the parent Act, Prevention of Cruelty to Animals Act, as per Section 11(3)(e).

So, when the parent Act permits slaughter of animals for food, the Rules framed invoking power under Section 38 of the PCA Act cannot seek to impose restrictions on sale of cattle for slaughter.

The Rules went beyond the scope and objective of the parent Act, it was asserted.

The petitioners also complained that their fundamental right to trade and profession under Article 19(1)(g) of the Constitution of India was substantially affected, as about 90% of the cattle meant for slaughter are sourced from animal markets.

So, if sale of cattle for slaughter in animal markets is prevented, that will in effect operate as an indirect ban on slaughter, throwing the petitioners out of business.

Justice PB Suresh Kumar, the single judge who heard the matter, found force in the contentions of the petitioners. He observed: “As noted above, the object of the Act is only to prevent infliction of unnecessary pain and suffering on animals. That being the object of the statute, there is force in the contention advanced by the petitioners that the impugned Rule, which prohibits sale of cattle for slaughter in cattle markets and prohibits the purchasers of cattle from cattle markets from selling the same for slaughter, is beyond the scope of the Act and thus ultra-vires the Act, which neither deals with livestock nor with regulation of activities in markets. It is all the more so since slaughtering is a permissible activity under the Act. Further, preservation, protection and improvement of livestock and regulation of markets being State subjects falling under Entries 15 and 28 of List II of the 7th schedule to the Constitution, there is also force in the contention advanced by the petitioners that the Central Government cannot make a subordinate legislation as in the instant case prohibiting trade of cattle for slaughter in animal markets, in exercise of powers conferred under Section 38 of the Act, which is only a legislation brought in with a view to prevent cruelty to animals with a provision excluding slaughtering of cattle for food from the ambit of the Act.”

The judge also noted that the definition of ‘animal markets’ was expansive, creating a situation where only those persons who rear cattle in their houses/farms alone would be able to slaughter them.

The bench proceeded to observe that if the contention of petitioners that more than 90% of cattle are sourced from animal market is true, then the complaint regarding infringement of Article 19(1)(g) needs to be considered seriously.

Nevertheless, the court was not inclined to put on hold the operation of the impugned rules.

It was observed that when the inconsistency with the Act is with reference to the object and purpose of the Act, deeper examination of matter was required.

Also, fundamental principles of presumption of constitutionality of legislation, including subordinate legislation, were invoked.

Relying on Bhavesh D Parilsh vs Union of India (2000) 5 SCC 471, it was stated that operation of legislation should not ordinarily be put on interim suspension, although arguable points are raised.

Therefore, on the basis of the above principles, the court refrained from ordering stay of operation of impugned rules. However, it was observed that the petitioners had a strong prima facie case. The court also observed that since it was alleged that 90% of the cattle which are slaughtered for food are sourced from animal markets, the matters need urgent hearing, out of turn, on priority basis. Hence, the matters have been listed for final disposal on June 28.