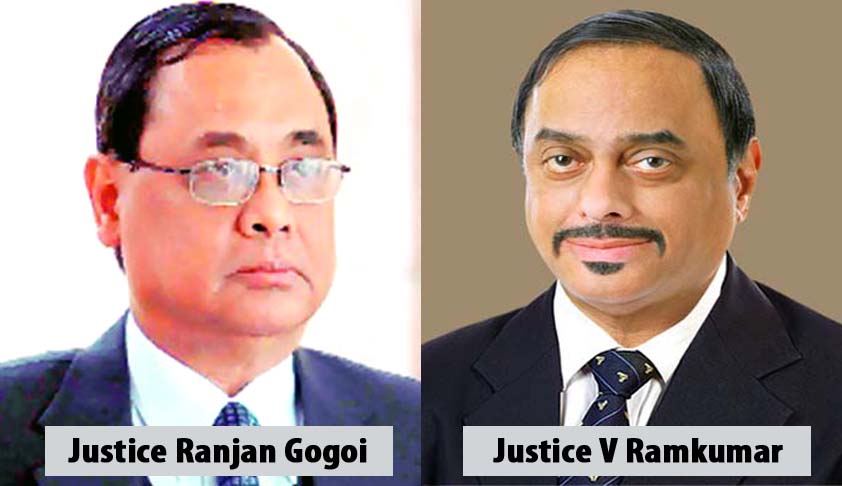 Even though the media, both print and electronic, is responsible for sensationalizing the tragic death of Saumya beyond all proportions by resorting to the much criticized mode of trial by media, this article is not written to quench the curiosity of the media or of the general public; nor is it attempted as a review in disguise. My only endeavor is to independently analyze the legal...

Even though the media, both print and electronic, is responsible for sensationalizing the tragic death of Saumya beyond all proportions by resorting to the much criticized mode of trial by media, this article is not written to quench the curiosity of the media or of the general public; nor is it attempted as a review in disguise. My only endeavor is to independently analyze the legal issues flowing from the facts concurrently found by the trial Judge and the High Court in the case which had evoked much sensation in the State of Kerala and elsewhere. I have had no occasion to peruse the judgments of both the trial Court as well as the High Court or the evidence in the case and my source of information has mainly been drawn from the judgment of the Supreme Court itself.

THE VERDICT OF THE COURT OF APPEAL

THE VERDICT OF THE APEX COURT

B) The concurrent findings on evidence as accepted by the Supreme Court are the following:-

i) Cause of death.

“The deceased had died due to blunt injuries sustained to head as a result of blunt impact and fall and their complications including aspiration of blood into air passages (during unprotected unconscious state following head trauma) resulting in anoxic brain damage” (Judgment Para 8).

In paragraph 15 of the judgment the Apex Court has concluded that death of the deceased was occasioned by a combination of injury Nos. 1 and 2 and the complications arising therefrom including aspiration of blood into the air passages resulting in anoxic brain damage.

ii) It was the accused who inflicted injury No. 1 on the victim from the ladies compartment of the train as alleged by the prosecution. (vide the latter half of Para 15).

Note (Dr. Sherly Vasu has deposed that the said injury could be caused by forcefully hitting the head backwards and forwards against the wall of the train after holding the hair of the victim from behind. PW64 has further stated that the said injury No.1 had rendered the victim insensitive and that in that state the victim could do nothing. It is pertinent to remember that this injury was inflicted by the accused from the running train at a time when the victim and the accused alone were there in the ladies compartment of the train.)

iii) Whether it was a push or fall or jump ?

Paragraph 16 of the judgment refers to the evidence of PW4 and PW40 (passengers in the adjoining general compartment) that a middle aged man (not examined and who probably could not be traced out) told them that the girl had escaped by jumping from the train.

Note (In the normal course, all that a passenger in an adjacent compartment can see is the fall of a person. What the middle aged man meant by jumping could also be a fall. The medical evidence goes to show that after sustaining injury No. 1 at the hands of the accused from the running train the victim had become insensitive and could not do anything. If so, a conscious act of jumping by the victim has to be ruled out and the testimony of Dr. Sherly Vasu has indeed ruled out such a possibility. A fall with alert reflexes has also been ruled out in her evidence. At any rate, the hearsay statement attributed to the middle aged man should have been totally eschewed  from consideration. Even assuming that the victim was conscious enough and had the strength and nerves to jump and had accordingly jumped out of the running train, who is responsible for it ? The law is well settled that for committing the offence of assault the offender need not actually touch the victim’s body. Here the accused had mounted agonizing assaults on her.)

iv) It was the accused who committed rape of the victim at a time when the victim had already sustained grave injuries on her body. Hence the rape was committed by the accused in the most brutal and grotesque manner. (Judgment-Para 13).

C) The rape was admittedly committed after the fall of the victim from the running train. By that time the victim had already sustained injury No. 1 inflicted by the accused. Injury No. 2 was caused as a result of the fall from the train. It was in such a mutilated condition of the head and face of the victim that the accused satisfied his perverted lust on her after keeping her in a supine position. This is a case in which the assault on the victim from inside the running train and the subsequent sexual assault on the victim after she had fallen from the train, were both committed by the very same accused who was evidently chasing her. Hence it is too unrealistic to hold that from the act of sexual gratification alone the requisite knowledge to bring the case under Section 300 IPC cannot be inferred, as has been held in paragraph 17 of the judgment. When the cause of death was the combined effect of both injury Nos. 1 and 2 coupled with the consequent complications arising therefrom, an isolated consideration of injury No. 2 alone for fixing the liability for the death of the victim, was, in my humble view, uncalled for.

D) Equally farfetched is the further finding in Para 17 of the judgment that the survival of the victim for a couple of days and she breathing her last from the hospital, militates against the intention of the accused to cause death by keeping the victim in a supine position to facilitate him to derive carnal pleasure. While doing a wrongful act, the accused must be presumed to know the reasonable and probable consequences of the same including the normal medical complications arising therefrom. It is no defence for the accused to contend that prompt or expert medical treatment would have saved the life of the victim. (vide Explanation 2 to Section 299 IPC). In Antram V. State of Maharashtra (2007) 13 SCC 356=AIR 2008 SC 409 the Supreme Court of India repelled the contention of the accused in that case that the cause of death due to septicemia was not the proximate result of the ante-mortem injuries inflicted by him so as to bring the case under Section 300 IPC and punishable under Section 302 IPC.

E) An appellate Court while reversing the concurrent findings on a grave charge of murder was bound to consider the reasons given by the courts below to buttress their findings. That has not been done.

In my humble view, from the facts and circumstances of the case as highlighted in the judgment itself, the dislodgment of the conviction entered and sentence passed under Section 302 IPC does not appear to be legally sustainable. Of course, it is a debatable point whether the death sentence could be sustained or not having regard to the guidelines judicially settled by the Supreme Court of India. This is one reason which should discourage a review petition especially when the sentence of life imprisonment stands confirmed by the Apex Court and the mode of serving the sentence has been directed to be concurrent.

7.     Many media channels had shown politicians, some members of the legal fraternity and the public liberally accusing the senior counsel who defended the State before the Supreme Court. When the verdict goes against a party, his counsel is the first target to bear the brunt. This is becoming the order of the day. Sri. Thomas P. Joseph, the senior Advocate who defended the State in this case before the Supreme Court, is a person who meticulously studies the facts and the law. He is not a person who will leave any stone unturned. It was painful to denounce him and he does not deserve any of the accusations leveled against him. The irresponsible media and the dirty political recriminations are the factors solely responsible for turning the cards against him. Viewers in India and Abroad had seen that even without seeing the text of the verdict of the Supreme Court all television channels had falsely reported that the Supreme Court had reduced the life sentence to imprisonment for 7 years and that the accused who is in custody will be out in 16 months from now. Even here the blame is attempted to be saddled on the Government counsel. It is the daily game of the politicians both of the ruling party and the opposition to indulge in mudslinging on each other. Saumya’s case also was no exception. The fickle minded members of the public who were interviewed were only toeing their line. This unfortunately is the sad state of affairs which prevail in our country.

Justice V Ramkumar is a former Judge of the High Court of Kerala.