Forgetting Something Is Not Memory Loss, Nor Alzheimer’s - Otherwise Bulk Of This Court’s Bar & Bench Would Be Said To Suffer From Alzheimer’s : Justice GS Patel 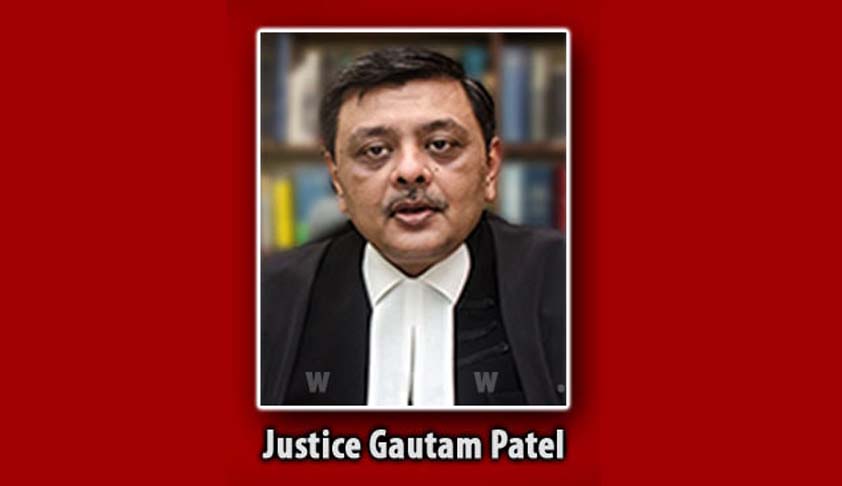 “ Alzheimer’s is not word to be bandied about like this. It is a clinical condition with a pathology. All memory loss is not indicative of Alzheimer’s. Forgetting something is not a memory loss, nor Alzheimer’s — otherwise the bulk of this Court’s bar and bench would be said to suffer from Alzheimer’s”, observed Bombay High Court Judge Justice Gautam Patel while rebuking...

“ Alzheimer’s is not word to be bandied about like this. It is a clinical condition with a pathology. All memory loss is not indicative of Alzheimer’s. Forgetting something is not a memory loss, nor Alzheimer’s — otherwise the bulk of this Court’s bar and bench would be said to suffer from Alzheimer’s”, observed Bombay High Court Judge Justice Gautam Patel while rebuking the plaintiffs in a partition suit wherein the defendants are 78 and 80 years old. The court called the suit an abuse of the process of law, false and mischievous.

Justice Patel was hearing the suit filed by Kiran Bellara, who is the sister-in-law (brother’s wife) of both the defendants. Bellara lives with the two defendants in a row house in Mulund.

Other plaintiffs in the suit are the daughters of Kiran Bellara, who allege that the defendants are unlawfully restraining their mother inside the house and refusing to grant them access to see their mother.

Justice Patel noted that defendant number 2, despite her old age and difficulty in walking, had come to court. He said-

“It is impossible to give the slightest credence to the Plaintiffs’ story that Defendants Nos. 1 and 2 are restraining anyone from entering the Mulund property, said to be a spacious bungalow of ground and two floors, or that they are guilty of any act of domestic violence. From her chair in the second row to a chair at the front table in my court, and within my sight, Defendant No. 2 had to be assisted by others present to move even those two or three feet.”

Defendant number 2 told the court that Kiran’s adopted son physically assaulted her brother, Narayan Bellara (defendant number 1), who is 78 years old and produced a photograph to prove the same. She also told the court that several family properties were divided and as a result, the present property in Mulund came to her and her brother, but the plaintiff daughters are trying to grab the property by using their mother.

The plaint mentioned that both Narayan and his sister were suffering memory loss and Alzheimer’s yet alleged that they along with a lawyer (defendant number 3) hatched a conspiracy and got the official records changed and forged documents. The court could not help but notice the inconsistency here-

“And the inconsistency between this assertion and what follows is inexplicable: that despite this clinical condition of a progressive degenerative mental disorder, Defendants Nos. 1 and 2 are still of sufficient acuity to get documents made and records changed. Besides, the claim is wholly unsupported. The Plaintiffs speak of Government records in regard to the Jamuna ki Dhar row house. Not a single government record is annexed. The plaint from start to finish is a shining example of how a plaint should not be drafted: full of typographical errors and mistakes (down to the prayers, which speak only of ‘the Defendant’ in many place), unsubstantiated hyperbole, unresolved contradictions and inconsistencies and more.”

Justice Patel observed that both plaintiffs 2 and 3 (Kiran Bellara’s children) have no claim over the said property yet they have been joined as parties to the suit.

“Therefore, the entire case about Plaintiffs Nos.2 and 3 not being allowed to meet Plaintiff No.1 or of some gate or door being locked is a smokescreen and nothing but a transparent ruse for Plaintiffs Nos. 2 and 3 to get some sort of right to inveigle themselves into the house, and, in doing so, to harass Defendants Nos. 1 and 2 so that they can get a foothold in the Jamuna ki Dhar row house. The Plaint itself says that Plaintiffs Nos. 2 and 3 are allowed into the house only between 12 noon and 1 pm and yet there is the following prayer -

Pending the hearing and final disposal of the present suit, this Hon’ble Court may grant permission to Plaintiff No.2 and 3 to reside with the Plaintiff No.1 at any point of time and enter the row house Jamuna ki Dhar without any time restrictions.

This exposes the real intent of this suit and exposes its falsity. There is no question of Plaintiffs Nos. 2 and 3 entering the house ‘at any point of time’.

The court also rejected the allegations against defendant number 3, a lawyer who had previously represented the defendants. Plaintiffs said that he is trying to get the property in his name yet could not produce any evidence to prove the same. Therefore, the Court ordered him to be deleted as a party in the case.

“I find this happening in matter after matter, day after day. Old people, in the twilight of their lives, are dragged willy-nilly into this or that court and are made to wage legal battles instead of being left in peace. The endless waiting in court, even the sheer difficulty in accessing our courts, are traumatic enough. All this is, of course, only over money and property. Enough is enough.”

Although the suit was not withdrawn, the court told Kiran Bellara’s daughters that if her medical condition demands it, they could take her with them after informing the defendants and their advocate.