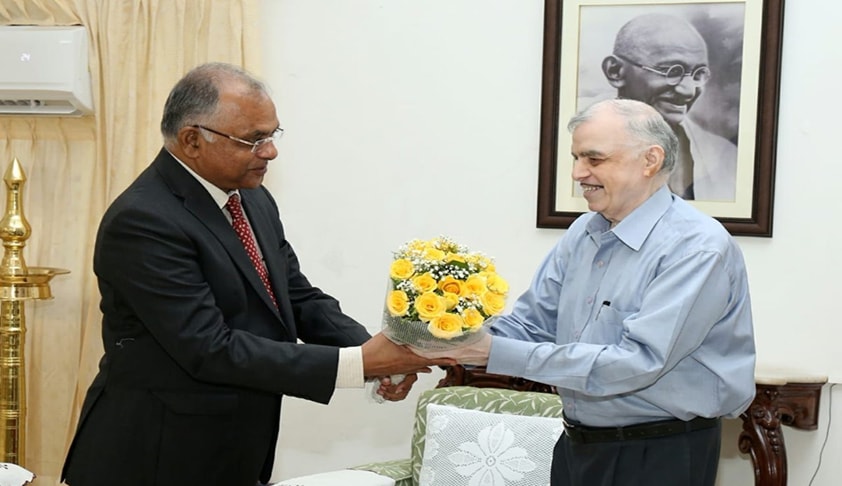 Former Chief Justice of Kerala High Court, Justice Antony Dominic, who retired on May 30, has been appointed as the Chairman of the Kerala State Human Rights Commission.

As per Section 21 (2)(a) of the Protection of Human Rights Act, 1993, only a person who has been the Chief Justice of a High Court can be appointed as the Chairman of a State Human Rights Commission. There has, however, been no permanent Chairman for the Kerala State Commission since August, 2016, when Justice J. B. Koshy retired. Judicial Member P. Mohandas had been functioning as its Acting Chairman after the vacancy arose.

Justice Dominic's is the second such post-retirement appointment for a Judge this week, with Justice R.K. Agrawal, who retired as a Supreme Court Judge earlier this month, having been appointed as the President of the National Consumer Disputes Redressal Commission.

The debate over whether judges should take up post-retirement jobs was recently re-ignited when Justice J. Chelameswar and Justice Kurian Joseph publicly vowed to never take up any such job. Both the Judges were a part of the unprecedented press conference held in January this year. However, not all Apex Court Judges seem to be in favor of such an ideology, as can be seen with Justice Agrawal's appointment.

Notably, Justice Dominic's exit was marred by a "master of the roster" controversy as well, ignited by certain remarks made by Justice Kemal Pasha in his retirement speech and in interviews given post-retirement.

Justice Pasha, who had retired last week, had in his farewell speech also asserted that Judges should not accept post-retirement Government jobs, as the Government is a major litigant. He had in fact reiterated the statements made by Justice S.H. Kapadia and Justice T.S. Thakur, who had opined that Judges should have a cooling period of at least 3 years after their retirement before taking up any salaried jobs under the Government.