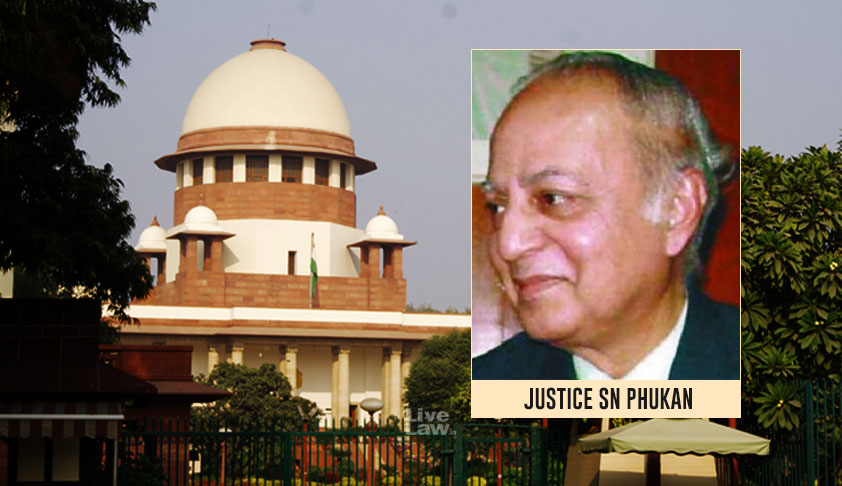 Former Supreme Court judge Justice S N Phukan passed away yesterday morning at 6 AM at a private hospital at Jorhat, Assam. He was aged 81 years.

He started law practise at Guwahati in 1962. A year later, he joined the Assam Judicial Service.

He joined the Meghalaya government in July, 1970 and worked in the Law Department. He was also appointed as the Law Secretary and Legal Remembrancer in January, 1976.

Phukan was also appointed as a part-time member of the Meghalaya Board of Revenue and part-time lecturer, Shillong Law College.

The former Justice was a member of Law Faculty of the North-Eastern Hill University (NEHU). He was also appointed as the Commissioner for departmental enquiries for senior officers of the State.

After retirement, he headed the Assam State Human Rights Commission as its Chairman. In 2003, he was appointed as the head of the judicial commission to inquire into the Tehelka tapes scandal relating to corruption in defence purchases.

He will be cremated with state honours at 9 am Today.