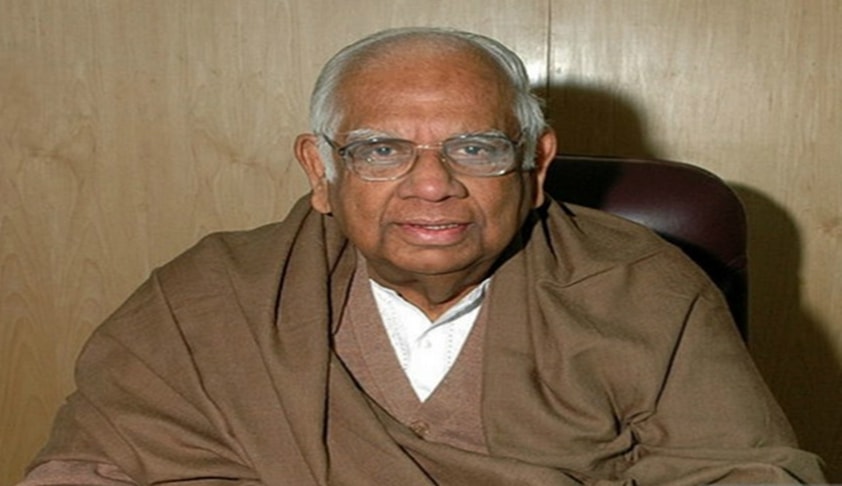 Former Lok Sabha Speaker and Senior Advocate Somnath Chatterjee passed away today at about 8 AM at a hospital in Kolkata. He had been undergoing treatment since June end following a stroke.

Born on July 25, 1929 ,Somnath Chatterjee did Masters in Law from Cambridge University, where he was called to the bar from Middle Temple in London. His father Nirmal Chandra Chatterjee was a prominent lawyer, who later became a judge of Calcutta High Court.  Somnath Chatterjee was a member of Communist Party of India (Marxist) from 1968 to 2008.  He ran for the office of Lok Sabha MP for the first time in 1971, and went on to become a 10-times MP.

Known to be an outstanding parliamentarian, he was the Speaker of the Lok Sabha from 2004 to 2009. During that period he had to deal with grave issues of constitutional importance.

In 2005, he had to pass an order expelling 10 MPs for accepting bribe for raising questions in Lok Sabha. The matter precipitated into a constitutional crises when the expelled MPs approached the Supreme Court. Somnath Chatterjee maintained a firm stance that the Supreme Court had no authority to review the decision of the Speaker, as it was protected by parliamentary privileges. He refused to respond to the notice issued by the Supreme Court to the Speaker.  He had also criticised an earlier Supreme Court order, which had directed advancing of floor test in Jharkhand Legislative Assembly. He criticised that the Supreme Court exceeded its jurisdiction by interfering with procedure of legislative assembly, and made an appeal for a presidential reference on the issue.

Later, a Constitution Bench of the Supreme Court upheld his decision to expel the MPs as per judgment reported as Raja Ram Pal v Speaker, Lok Sabha and others (2007) 3 SCC 184.

In 2008, he was expelled from the CPI(M) for refusing to obey the party command during the no-confidence motion moved by it against the UPA governmennt. He maintained the stand that as a Speaker he cannot follow the party diktat, as it was a constitutional post.

As a designated Senior Advocate, he has appeared in several matters in the Supreme Court and Calcutta High Court. In 2009, he retired from active public life. He has written an autobiography titled "Keeping the Faith : Memoirs of a Parliamentarian".