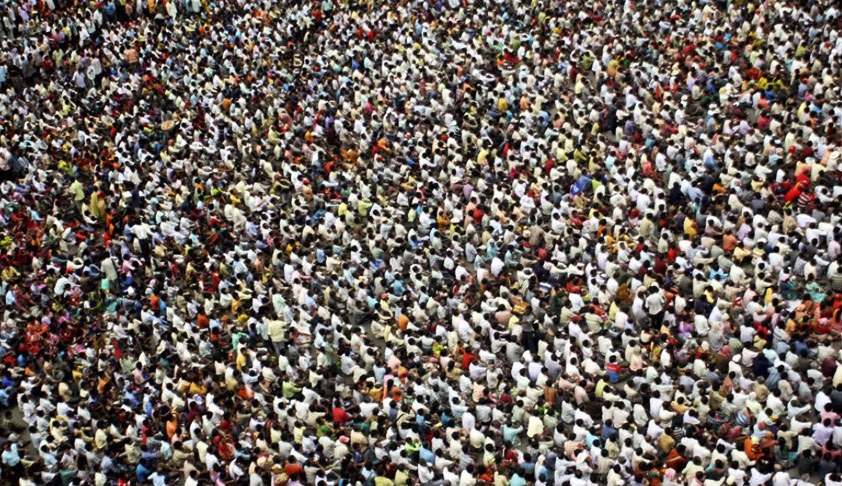 Three PILs have been filed before the Supreme Court demanding a direction to the Centre to formulate and implement a strong "Population Control Law", in view of the "exorbitant rise" in the country's population.The Petitions, filed by three Advocates - Ms Priya Sharma, Mr Anuj Saxena and Mr Prathvi Raj Chauhan - contend that the population explosion, over a period of time, can lead...

Three PILs have been filed before the Supreme Court demanding a direction to the Centre to formulate and implement a strong "Population Control Law", in view of the "exorbitant rise" in the country's population.

The Petitions, filed by three Advocates - Ms Priya Sharma, Mr Anuj Saxena and Mr Prathvi Raj Chauhan - contend that the population explosion, over a period of time, can lead to a "civil war situation" and thus, needs to be curbed.

Petitioners also sought a direction to the respondents to formulate policies with a vision to encourage and/or reward the family who is adhering to two child policy and Punish appropriately, who are in non-compliance of the same.

The Petitioners cite several reasons for the increase in population, including accelerating birthrate and increased immigration. These causes, they say, are leading to issues such as unemployment, poverty, illiteracy, poor health and pollution.

They contend, "The developed countries in the West or in countries like Japan which are rich enough to employ all their people according to their abilities the growth of population may prove to be a boon, for the rapid growth of industries and national wealth always need greater workforce to implement the programs of development in ever-expanding spheres. However, a developing country like India, where the resources and employment opportunities are limited, the rapid increase in population during the post-independent has negatively affected its economy."

Warning against the repercussions of inaction on the issue, they further aver,

"Whatever the Respondent’s plans might have achieved in some sixty-five years is found to be too little to eradicate poverty. More than seventy percent of Indians live in villages and most of them languish in their dark, dreary nooks; the fruits of plans have not quite reached them. Many of them have no occupation. In the towns too the poorer sections always have bigger families, while the rich and well-off sections live comfortably with small families. The poor in India are ignorant and superstitious, and so they do not see the advantages of planned family. Many of them never think of going against the law of nature and the will of their God; so they never refrain from breeding children, though they know that they cannot even feed them and keep them away from the curse of poverty and ignorance.

Perhaps the sickening monotony of living in their world of despair leads them to torment their women with a vengeance and seek as much pleasure as they can. These poor people do not have the education necessary for planning their present with a view to ensuring a better future. This is why while their hope wears off they leap in the dark and break their neck, making things grimmer for their world. The millions of famished, under-nourished and naked children everywhere in India show the chaos this country is in."

The Petitioners go on to rely on several precedents, including the decision of the Supreme Court in the case of Javed & Ors v. State Of Haryana & Ors, wherein the Court had upheld a stipulation of the Haryana Panchayati Raj Act of 1994, which stated that only citizens with two children or fewer may contest Panchayat elections.

They therefore demand stricter population control law as well as rewards for the families who adhere to two child policy and punishments for those who don't.