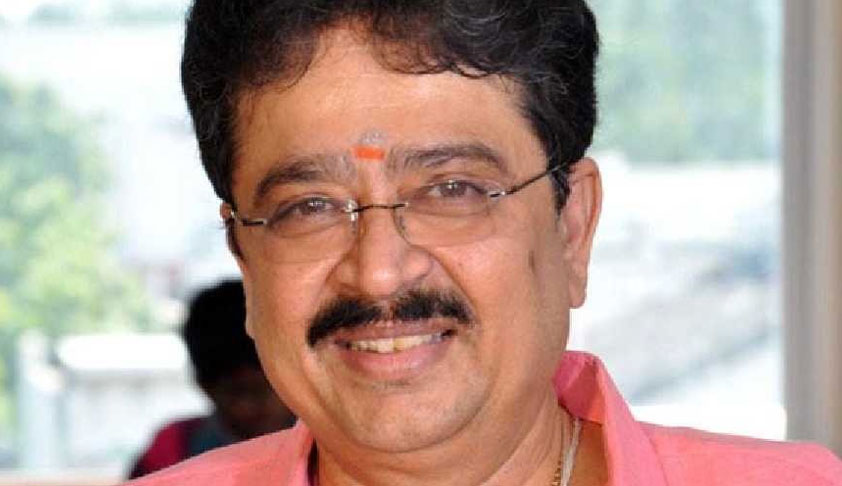 While rejecting anticipatory bail plea of journalist turned BJP leader S Ve Shekher who allegedly shared a derogatory Facebook post on women journalists, the Madras High Court has observed that sharing or forwarding a message in social media is equal to accepting and endorsing the message.

"No one has any right to abuse women and if done it is a violation of rights. When calling a person with community name itself is a crime, using such unparliamentarily words is more heinous.

Words are more powerful than acts, When a celebrity-like person forwards messages like this, the common public will start believe it that this type of things are going on", the court said.

"What is said is important, but who has said it, is very important in a society because people respect persons for the social status. When a celebrity-like person forwards messages like this, the common public will start believe it that this type of things are going on. This sends a wrong message to the society at a time when we are talking about women empowerment, Justice S Ramathilagam said in the order.

"The language and the words used are not indirect but a direct abusive obscene foul language which is not expected from a person of this calibre and age who claims to be a literate with lot of credential with lot of followers".

S Ve Shekher, in his petition, had said he had received a message from his friend and under the bona fide impression, as the message was from the one who usually forwards good and patriotic messages, he, due to inadvertency by mistake, forwarded the said message without reading the contents and knowing the nature of the said message. Subsequently, the same was pointed out by his friend that the said content was an abusive one, he deleted the same as it was not at all accepted for him and condemnable in nature.

"It is also to be remembered that Indian women, who fought as equals as men in the nationalist struggle, the act of the petitioner smashes and affects the feeling of each person. On hearing the arguments of the intervening petitioners, the petitioner has hurt the feeling not only the individual but the feeling of each reporter. The said post in the Facebook created a disturbance in the society and there is also a designed attempt on the part of the accused by keeping himself behind the scene and instigating the persons. It is also observed that only after protest by all group of people, the case was registered and immediately after registering the case, the post in the Facebook also blocked by the accused. It is argued by the petitioners that this shows the ulterior motive of the accused. The intervening petitioner has expressed their grievance that the manner of investigation is being made in this case affect the feeling of the entire society and the feeling of the society has to be considered"

Words are more powerful than acts

The Court observed that the words are more powerful than acts.

"Not all murders are given capital punishment. We look into the circumstances and all related aspects under which the act was done. Those words used in the message are not said under emotion. People use such words during quarrel and later they may regret but putting things in writing or typing means they know the consequences and do it".

The court further observed: “Daily we see young emotional boys getting arrested for doing this type of activities in Social media? Law is same to everyone and people should not lose faith in our judiciary. Mistakes and crimes are not same. Only children can make mistakes which can be pardoned, if the same is done by elderly people, it becomes an offence.”

The Court also observed that no one has any right to abuse women and if done it is a violation of rights. When calling a person with community name itself is a crime, using such unparliamentarily words is more heinous.

"There cannot be any harsher words than this which portraits all working women coming up in life are sacrificing their chasity. The future of such working women is at stake.

Instead of wiping out the wrong impression about working women among the public these words create fear and anxiety among people who want to pursue a career.

After seeing these forwarded words from a person who is popular and has lot of connections with media people for long, the public will look at every working women with a suspicious eye"

"If what is being practiced, no women will come forward to enter into public life. He has only regretted for forwarding but he has not denied what is said in the message. As claimed by him what awareness this message creates in public is?", asked the Court.