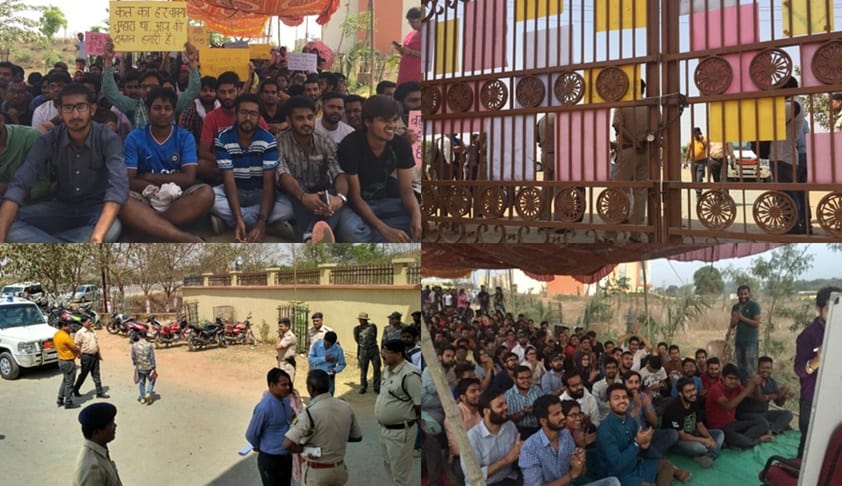 He along with all other dignitaries addressed the students seeking to negotiate and urging the students to withdraw the protest. The students made it very clear that they would not budge until and unless visible concrete actions are taken and just reassurances would not suffice.

The Vice Chancellor addressed all the five demands of the students in the following manner:

The minutes of the meeting were recorded and duly singed by the vice chancellor-in-charge and all other dignitaries as witnesses. The protest has been withheld only on the condition that visible actions will be taken in accordance with the minutes in the stipulated time period and reserve their fundamental right to go on the protest again in case concrete actions are not taken.
The students opened the gates as the vice chancellor in charge took his office. The students have decided to place their faith in this new administration only in accordance with minutes and have resolved to protest again in case no concrete visible action happens within a period of 15 days.