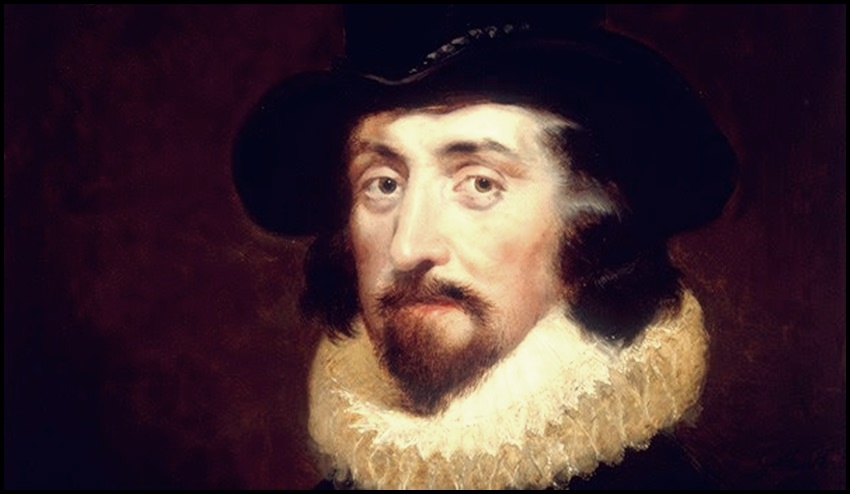 The petition on senior designations heard by the bench of Justice Ranjan Gogoi, Justice Rohington Nariman and Justice Navin Sinha has evoked a new found interest in the legendary lawyer and philosopher, Sir Francis Bacon. Bacon was the first to be given  a patent which conferred upon  him the designation as Queen’s  Counsel Extraordinaire in 1597 which  gave him precedence at the...

The petition on senior designations heard by the bench of Justice Ranjan Gogoi, Justice Rohington Nariman and Justice Navin Sinha has evoked a new found interest in the legendary lawyer and philosopher, Sir Francis Bacon. Bacon was the first to be given  a patent which conferred upon  him the designation as Queen’s  Counsel Extraordinaire in 1597 which  gave him precedence at the Bar.

Three centuries later,  the near monopoly of Bacon, gave way to the demands of an egalitarian democratic Great Britain. The United Kingdom which has a population (64.65 million) lesser than the State of Rajasthan (74.79 million) has 1800 practicing Queens Counsel today. As far as the new world, the United States of America is concerned, they rejected the elitist separation of barrister system.

Francis Bacon was born on 22nd January 1561. His father Sir Nicholas was a statesman and his mother Anne was a distinguished linguist and theologian. At 13 he went to Trinity College Cambridge. After the death of his father, he commenced the study of common law in which he gained great proficiency. In 1593 Bacon sat in Parliament as a member for Middlesex. In Parliament, his performance was remarkable. Ben Johnson remarked:

“Yet there happened in my time one noble speaker who was full of gravity in his speaking; his language, where he could spare or pass by a jest, was nobly censorious. No man ever spake more neatly, more presly,  more weightily, or suffered less emptiness, less idleness, in what he uttered. His hearers could not cough, or look aside from him, without loss. He commanded where he spoke, and had his judges angry and pleased at his devotion.

“Bacon” remarked Macaulay “tried to play a very difficult game in politics. He wished to be at once a favourite at court and popular with the multitude.” On one of  his bouts of contrived patriotic fervour he drew the ire of the Queen and her ministers.  He was made a persona non-grata at the court. Bacon, forever, to put ambition over principles, made the most servile apologies to win back the favour of the Queen. Alexander Pope conferred upon him an epithet which stuck with him throughout history, “the greatest, brightest, meanest of mankind”

Should we dwell upon the faults of a man who is  still revered for his contribution to philosophy  and the western civilization. The answer is perhaps yes. The following piece of history will show how  his flawed character propelled the first Queen’s Counsel  to the dizzying heights.

Robert Devereux, the Earl of Essex was an admirer of Bacon  and became his patron. The Earl interceded on Bacon’s behalf for securing him the position   of Attorney General. When that failed, the Earl lobbied for  him the position of Solicitor  General.  Having failed in his efforts the dejected Earl gifted Bacon an estate valued at two thousand pounds.

The Earl’s fortunes changed after a failed military campaign in Ireland.  The Earl was brought before the Council and charged with insubordination and armed insurrection. Instead of defending his friend, Francis Bacon, appeared at the bar in support of the charges against the Earl. Bacon  assumed the role of a ferocious prosecutor and went out  of his way to discredit his friend, financier and  patron. The Earl was convicted and sentenced to death.  Bacon could have interceded with the Queen which would have spared the Earl his life. But for Bacon ambition always prevailed over decency. The Earl was beheaded.

The verdict was so badly received that the Queen faced  sullen crowds  in  London.  The Queen, sensing popular unrest, now employed Francis Bacon to murder the Earl’s fame. Bacon shamelessly accepted the task and published ‘A Declaration  of the Practices  and reason Attempted and Committed  by Robert Earl of Essex’ where he deployed all his intellectual prowess to debase  his friend’s memory.

Betraying a friend, sending him to the guillotine  and then defaming the dead man dramatically improved the fortunes of Bacon. In 1607 he became Solicitor General, in 1612 the Attorney General, in 1616 he was sworn in to the Privy Council and in 1617 was appointed the Keeper of the Great Seal. His role in these offices was vile and corrupt. He himself admitted having accepted expressive gifts. At the height of his powers, he was accused of corruption, found guilty and impeached. The gravity of the charges and the abundance of incontrovertible evidence made it impossible even for the king to save him.

Bacon was sentenced to a fine of £40,000 and imprisonment at the Tower. He was banished for life from the court and rendered incapable of holding any office. His influence in the power circles was great. He spent only one day in the Tower and was released the next. His fine was remitted by the Crown. He was soon allowed to present himself at court and also given the liberty to sit in the House of Lords and the Parliament. Francis Bacon did not attend the House of Lords nor came to the Parliament. Was it age, infirmity or shame? History does not have the answer.

Francis Bacon the philosopher, quite unlike Bacon the lawyer and the first Queen’s Counsel  would have an enduring impact on the course of Western civilization. He is regarded as the father of empiricism. He developed  the  method of inductive reasoning. His works have been attributed for  fostering  the scientific spirit which was to propel Europe to great scientific advances.

Bacon himself aware of his own dubious legacy, mourned as he lay dying, “for my name and memory I leave it to the men’s charitable speeches, and to foreign nations and to the next age’

Santosh Paul is an Advocate at Supreme Court of India.