Fraud Vitiates Solemn Proceedings And Such Plea Can Be Set Up Even In Collateral Proceedings: SC [Read Judgment] 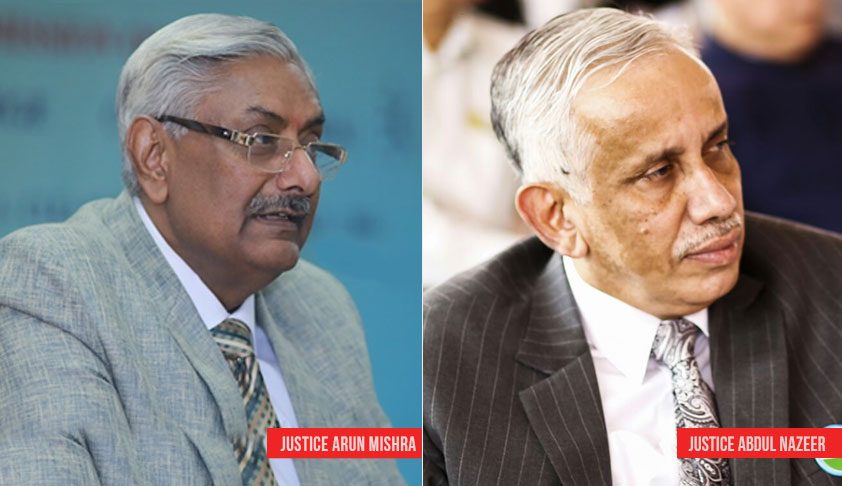 The Himachal Pradesh Abolition of Big Landed Estates and Land Reforms Act, 1953 abolished the jagirs. The jagidars received the compensation under the Abolition Act and later under the provisions of H.P. Ceiling on Land Holdings Act, 1972. The question was whether they could have claimed the compensation on the land acquisition being made particularly when land vested in the State of Himachal Pradesh; the land was not under personal cultivation, even after receiving compensation as aforementioned.

Taking note of the history of this litigation, the bench said: “The facts project how a litigant has filed a slew of litigations one after the other and faced with a situation that it was likely to be dismissed, he would withdraw it; again, file it on new grounds, or having lost it, would withdraw it again at appellate stage, and in the meantime, in different proceedings by playing fraud, getting unjust enrichment by receiving compensation at the expense of public exchequer.”

The reference court had awarded Rs.1 lakh per bigha to the jagidar. Before the high court, Satluj Jal Vidyut Nigam contended that the land acquisition proceedings were commenced in collusion with the government officials and as the land stood vested in the government under the Abolition Act, there was no question of acquiring the same. The high court dismissed the appeals. Although the Supreme Court remanded the appeals, the high court again dismissed it. The present appeal before the apex court assailed the said dismissal.

Setting aside the high court order, the bench observed that in the case the principle fraud vitiates is clearly applicable, it cannot be ignored and overlooked under the guise of the scope of proceedings under Section 18/30 of the Land Acquisition Act.

“The question in the instant case is as to whether an incumbent can be permitted to play blatant fraud time and again and court has to be silent spectator under the guise of label of the various legal proceedings at different stages by taking different untenable stands whether compensation can be claimed several times as done in the instant case and its effect. Before the land acquisition had been commenced in 1987, the land more than 1000 bighas had been declared a surplus in ceiling case and compensation collected, which indeed disputed land at Jhakari, it would be a perpetuating fraud in case such a person is permitted to claim compensation for same very land. Fraud vitiates the solemn proceedings; such plea can be set up even in collateral proceedings. The label on the petition is not much material and this Court has already permitted the plea of fraud to be raised,” the bench added.