“Free Legal Aid And Advice Is Your Right And NALSA Wants You To Have It": Justice Madan Lokur Addresses The Nation On Legal Services Day 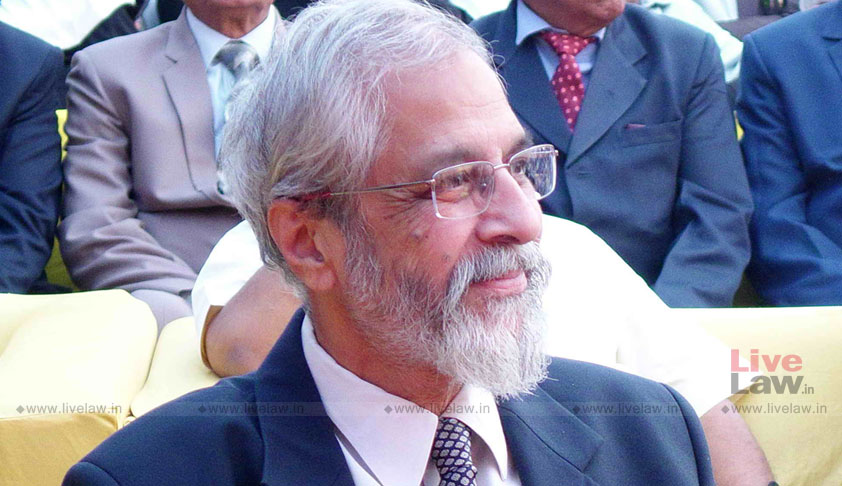 On the occasion of the National Legal Services Day, Supreme Court judge and Executive Chairman of the National Legal Services Authority (NALSA) Justice Madan B. Lokur identified illiteracy as one of the main challenges in the materialization of the “constitutional vision” of equal justice and equality in access to justice as envisaged in Article 39A.Speaking on national radio, he...

On the occasion of the National Legal Services Day, Supreme Court judge and Executive Chairman of the National Legal Services Authority (NALSA) Justice Madan B. Lokur identified illiteracy as one of the main challenges in the materialization of the “constitutional vision” of equal justice and equality in access to justice as envisaged in Article 39A.

Speaking on national radio, he explained that though the Legal Services Authority Act was passed in 1987, it was enforced on November 9, 1995 and hence, the significance of the day-

“In the last 25 years, advice and assistance has been extended to the disabled, the poor, women and children. More than 8,000 lawyers and 65,000 paralegal volunteers are associated and in the past year, 900 legal aid service camps and several awareness programmes have been carried out to sensitize the people of their constitutional rights....there are even door-to-door campaigns”

He assured that the remote areas are not deprived of the benefits of these programmes, awareness initiatives recently having been initiated in Ladakh and the Tea Garden in Assam.

“We have a helpline- ‘15100’- which one can call at anytime for any information or aid. Details of our schemes are also available on the NALSA website. In addition to this, brochures are distributed at all our awareness camps”

“Before the Legal Aid Services Act, the Supreme Court and the government of India had formed a committee by which the Lok Adalats were brought into being. For small matters, even if a case is in court but an early redressal is sought, the parties may go to these Lok Adalats. In the last year, as many as 38 lakh cases which never came to court, what we call ‘pre-litigation’, were resolved through the Lok Adalats. Now there are also permanent Lok Adalats for disputes pertaining to water, electricity and other public utilities”, advanced the judge.

“There is also an endeavour to try and settle disputes between neighbours or those of the nature of road rage even outside of Lok Adalats, by way of mediation”, he continued.

“one, we offer free legal aid to the women and two, there are schemes like the victim compensation scheme. The victims may apply to the nearest Legal Services Authority at the district or even the Taluka level. Last year, almost Rs. 123 crores were allotted as compensation....”

The judge proceeded to discuss the facility of free legal services through legal clinics in jails, reaching out to over two lakh prisoners in the last year, besides the digitisation of several jails over the past year-

“we go to jails and inform people of their constitutional rights, such as that of filing an appeal. One may inquire about their cases or our schemes at the front office of the legal aid clinics”

On NALSA’s focus on holding legal literacy clubs in schools and colleges, the judge weighed in that the Authority was guided by the same rationale which had a few years ago led the apex court to mandate environmental education in schools and colleges- to educate students about their rights, about legal aid and to encourage them to be a part of the movement.

Further, Justice Lokur said that free legal aid being offered since the last 23 years, NALSA has last week decided to have an external entity perform an impact assessment study, so far as the efficacy of the advocates, the paralegal volunteers, the schemes and services is concerned. Moreover, there are plans to reinforce the training of lawyers, paralegals and others who assist in the legal aid and awareness camps. Finally, the Authority is looking to incorporate technology in pursuing its objectives, including video conferencing and the social media platforms of Facebook and Twitter to spread awareness on constitutional rights.

The judge made a mention of the Pilot project commenced in Kargil and Leh where the State Authority has been entrusted with the task of assisting the litigants in representing their cases before the J & K High Court.

“Free legal aid and advice is your right and NALSA wants you to have it. Regardless of whether the matter is big or small, do not hesitate in availing of this right. Please take advantage of our schemes and programmes”, urged Justice Lokur as he signed off.