Freedom of Dissent and Constitutional Morality 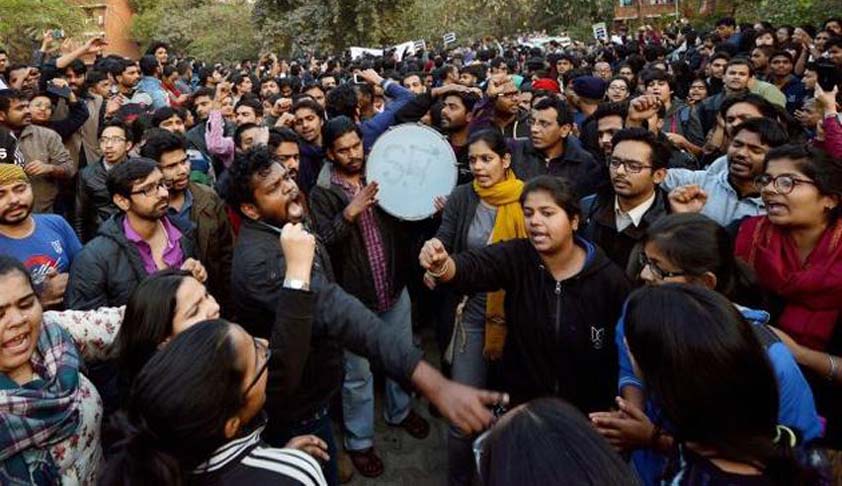 Freedom of expression is the hallmark of a democratic society. Voltaire legendarily observed- “I disapprove of what you say, but I will defend to the death your right to say it.”  In United States, scholars have analyzed freedom of expression from colonial times to the battle over the Sedition Act of 1798, yet for the period after the expiration of that statute in 1801, there is...

Freedom of expression is the hallmark of a democratic society. Voltaire legendarily observed- “I disapprove of what you say, but I will defend to the death your right to say it.”  In United States, scholars have analyzed freedom of expression from colonial times to the battle over the Sedition Act of 1798, yet for the period after the expiration of that statute in 1801, there is little, but silence. This article undertakes to probe the question whether in a newly democratic nation like India; the soil is well prepared to nourish the freedom to express differences of opinion in the light of recent Jawaharlal Nehru University (JNU) campus controversy.

Our freedom fighters had long cherished aspirations and dreams during the arduous course of freedom struggle. Upon realization of this dream, they were passionate about making a fresh start in the form and system of a government substantially different from that of alien rulers. Consequently, the arrival of political freedom gave impetus to the drafting of our own constitution which was objectified on January 26, 1950. Constitution of India is not just a mere set of fundamental laws that form the basis of governance of our country; it personifies and reflects certain basic ideals, philosophy and goals that were cherished. The most treasured objective was to ensure liberty of thought and expression and provision in this regard mentioned in Article 19(1) (a) of the Constitution.  This provision was designed to afford the people of India the kind of measures of liberty available to the individuals in the United Kingdom or in the United States of America. Indeed, the Indian Constitution departs from the American and British Systems in major points of form, technique and method—even as these two differ from each other. But the deviation from British and American patterns do not derogate from underlying principles of individual liberty; these principles permeate the form and practice of the Indian scheme—as they do to any true democracy.

- as these freedoms were subject to reasonable restrictions  in the interest of “the general public” or of “public order” or for a wide range of similar purposes. Apart from the specific and more or less well-defined categories of legal restriction covered by libel, slander, defamation, contempt of court, and decency or morality - the general test to be applied was whether the matter sought to be inhibited undermines the security of the state or tends to overthrow the state. Courts have made it clear that the impugned law would sustain if it stands relevant to matters undermining the security of state or tending to overthrow the state regardless of the fact that it serves to restrict freedom of speech and expression. However the impairment of that freedom for less serious purposes would be unconstitutional because it was presumed that such purposes could be achieved by means less desperate than enforced silence. The court also provided that if free speech is to be restricted on specific grounds of public order, the law placing such a constraint has to satisfy the test of clear and present danger; a test that  has been used by American Court for almost a century to determine the speech that the government may restrain. The same was brought out by Justice Oliver Wendell Holmes writing for the Court in Schenck v. United States as he asked whether "the words create a clear and present danger that they will bring about substantive evils Congress has a right to prevent?"

Freedom of Dissent and Sedition Law

The current debate of JNU campus has once again unfolded the scope of freedom of dissent and its relationship with sedition law (libel of the established authority of law i.e. government). In KedarNath v. State of Bihar, the Supreme Court held that sedition is “stirring up of rebellion against the government”. Here negative sentiments towards the government irrespective of the fact whether any disturbance or outbreak was actually caused by such activities forms the gist of the offence of sedition(BalgangadharTilak case). The other interpretation focused on government’s duty to preserve the order in the society as a condition precedent to all civilization and therefore, public disorder or reasonable anticipation or likelihood of public disorder is the essence of this offence (Niharendu Majumdar v. Emperor). In both the situations existing law rotates around anti-governmental activities. This law was framed by Martian government to restrain anti-governmental activities but now the repressive nature of sedition law goes against the political conscience and amounts to insolent evasion of constitutional conscience. Scrutinized under the present constitutional scheme, it appears most implausible that present sedition law would endure a constitutional challenge. The possibility of criminal prosecution for open criticism of the government is at odds with a profound national commitment to the principle that debate on public issues should be uninhibited, vigorous and wide-open and that it may well include intense, corrosive and sometimes unpleasantly sharp attacks on government and public officials. For this reason, section 124 A of the Indian Penal Code must be condemned and should be given a decent interment.

Freedom of Dissent and Constitutional Morality

The history of science, spirituality or history of mankind to be precise is nothing but a series of ruptures or dissent with the pre-existing situation. The reluctant radical dissenters set in motion a chain of events that eventually produced the greatest revolution in the way of thinking that human civilization had seen. Suppressing dissent deprives humanity with truth and invades its progress. It is being experienced that all regimes are continuously taking recourse to the government-nation marriage which guards it from evocative dissent. People have the right to question, criticize and condemn the government in power. Whether this right (in extra-ordinary situations) may also include Right to Revolution is a contentious question of political philosophy but this too parleys to overthrow government acting against common interests of people and not the nation i.e. Bharat.

It is pertinent here that although intricately intertwined, nation and government are different units. Criticism directed against the government quickly gets trolled as ‘anti-nation’. If we continue to treat government and nation as one and the same thing, then the concept of ‘dissent’ which is the most meaningful tool in the hands of the common people, becomes empty and muffled. But, slogans voiced in the JNU campus - “Snatching Kashmir on gunpoint”, “divide India”, “Bharat ki barbadi ak, jangrahegi jangrahegi”, “India go back”, “Pakistan Zindabad”, “rejoicing Afzal Guru and Maqbool Bhatt” are anti-government, difficult to comprehend. These slogans by any stretch of the imagination cannot be allied with government established by law (i.e. Modi Government). It was more than condemning the Indian judiciary or executive (union government) or legislature (Parliament of India). It was certainly more than expressing dissent against capital punishment. It may not intimidate the security of the nation, may not challenge the sovereignty and integrity of India, (although it had the potential to inflame violence or disturb public order as it happened) but   it cannot certainly be roofed under freedom of speech and dissent. These expressions are against constitutional morality, a subject which Dr. Ambedkar talked about with much articulacy. What are the rudiments of constitutional morality that Ambedkar was so anxious about? His supplication of George Grote was a pointer to the uniqueness of constitutionalism as a mode of association… the actual disquiet for him was not ‘Constitution’ the noun, as much as the adverbial practice it entailed.

The dominant features of constitutional morality, for George Grote were freedom and self-restraint. Self-restraint was a pre-condition for maintaining freedom under a properly constitutional government. In an exotically strange passage, he observes that the maintenance of democracy requires that we must ‘hold fast to constitutional methods of achieving our social and economic objectives. Slogans intoned in JNU and such expressions made anywhere within the territory of India does erode conscience of the constitution of Indian nation again constituted as a result of long scuffle and much sacrifices.

In a parliamentary democracy like ours, obligations of constitutional morality rests on people, government, opposition, media and other stakeholders. The growing anxiety that BJP government is determined to crush dissenting voices, the hurriedness of government in arresting Mr.Kanhaiya Kumar under law of sedition without proper probing coupled with the arrival of Mr.Rahul Gandhi and other Communist Party leaders in the campus to hasten their groundwork for the upcoming state assembly elections are the eccentricities that require thoughtful debates. The distrustful role of fourth pillar of our democratic state in manufacturing different versions of the videos is also a disastrous attempt to crumble constitutional morality.

Every right has a correlative duty and therefore right of dissent must have its correlative duty i.e. duty to tolerate dissent perceptibly with constitutional means. This is a legitimate demand of pluralism and progressiveness. But, at the same time we must also pledge towards our fundamental duties which are generally not taken seriously i.e. duty to uphold the constitution and its ideals, duty to uphold sovereignty, unity and integrity of India, duty to promote harmony and brotherhood amongst all people to mention a few (See Article 51-A). One more duty of paramount importance which must be performed is the duty to practice tolerance, otherwise constitutional democracy will be under cordon, while the cherished freedom of dissent will be held captive by a fanatical mob. Let us end with the pledge we the people of India have taken…to secure to all of its citizens LIBERTY of thought, expression, belief, faith and worship AND FRATERNITY assuring the dignity of the individual and the unity and integrity of the Nation… Both the ideals above complement each other and hence one should not distract this delicacy of the constitution.