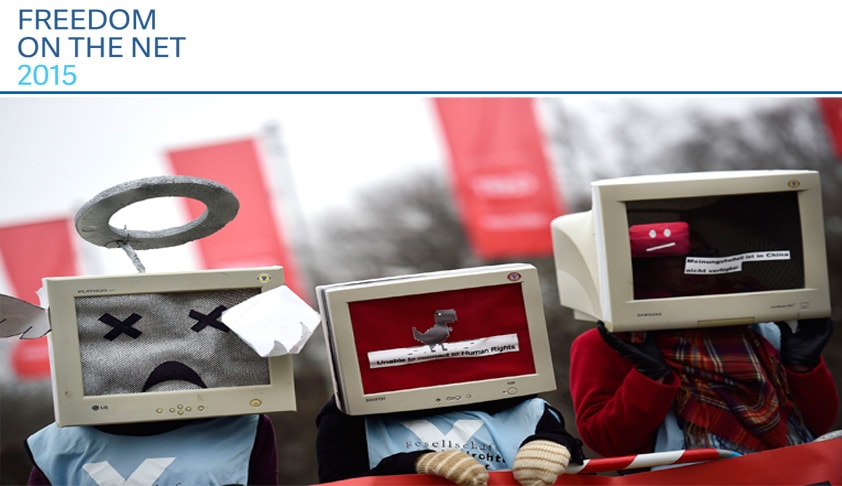 Internet freedom improved in India for the second consecutive year in 2015, even as more governments worldwide censored information of public interest and expanded surveillance,  according to Freedom on the Net 2015, released today by Freedom House. The Supreme Court’s March 2015 ruling on the IT Act provided critical improvements to the legal framework protecting internet freedom.

“The Supreme Court’s ruling on the IT Act was a long awaited victory for free speech activists in India,” said Sanja Kelly, project director for Freedom on the Net. “

At the same time, network shutdowns in the name of security and a lack of transparency about blocking and surveillance are limits on internet freedom that kept the country’s rating “partly free.”

Most censored topics: Criticism of the authorities was most likely to attract censorship or punishment. News about conflict, corruption allegations against top government or business figures, opposition websites, and satire were also subject to online censorship in over one third of the countries examined.

Content removals increased: Authorities in 42 of the 65 countries assessed required private companies or internet users to restrict or delete web content dealing with political, religious, or social issues, up from 37 the previous year.

Arrests and intimidation escalated: Authorities in 40 of 65 countries imprisoned people for sharing information concerning politics, religion or society through digital networks, up from 38 in last year’s report.

Surveillance laws and technologies multiplied: Governments in 14 of 65 countries passed new laws to increase surveillance since June 2014 and many more upgraded their surveillance equipment.

Governments undermined encryption, anonymity: Democracies and authoritarian regimes alike stigmatized encryption as an instrument of terrorism, and many tried to ban or limit tools that protect privacy.

China was the world’s worst abuser of internet freedom, followed by Syria and Iran. Since June 2014, 32 of the 65 countries assessed in Freedom on the Net saw internet freedom deteriorate. Notable declines were documented in Libya, France, and—for the second year running—Ukraine, amid its territorial conflict and propaganda war with Russia.

Internet freedom saw its biggest gains in Sri Lanka and Zambia, which both experienced recent change in government. Internet access became more affordable in Cuba after diplomatic relations were restored with the United States, but it remains out of reach for the majority.