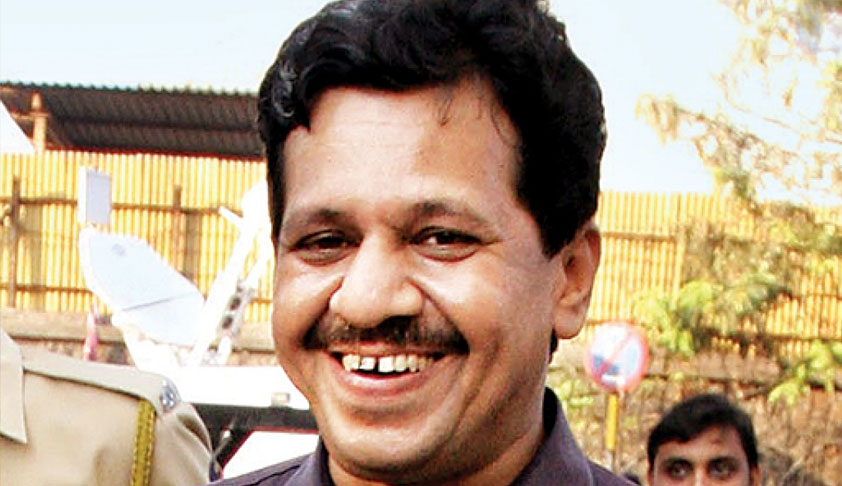 A full bench of the Bombay High Court has sentenced Ketan Tirodkar, formerly a journalist, to three months’ simple imprisonment and imposed a fine of Rs 2,000 after finding him guilty for criminal contempt of court.The bench comprised Justice AS Oka, Justice SC Dharmadhikari and Justice RM Savant. The court had taken suo motu cognizance of Tirodkar’s Facebook posts. In these posts,...

A full bench of the Bombay High Court has sentenced Ketan Tirodkar, formerly a journalist, to three months’ simple imprisonment and imposed a fine of Rs 2,000 after finding him guilty for criminal contempt of court.

The bench comprised Justice AS Oka, Justice SC Dharmadhikari and Justice RM Savant. The court had taken suo motu cognizance of Tirodkar’s Facebook posts. In these posts, Tirodkar had named sitting and retired judges of the high court and alleged that they take bribes for passing favourable orders.

The court described Tirodkar’s allegations as:

“The gist of the allegations is that Judges of this Court can be managed. That some of the Lady Judges act like prostitutes. That some other retired and sitting Judges are landgrabbers. We are hesitant to give a word by word, sentence by sentence, paragraph by paragraph account of the publications on the respondent's Facebook profile.”

In his FB post, Tirodkar had referred to a former Chief Justice of the High Court making several allegations of corruption against him. He also stated that two lady judges of the High Court, one sitting and one retired, have a loose character.

Ketan Tirodkar, who was arrested in December last year for making serious allegations against a senior police inspector on Facebook, has made allegations on high court judges in the past, particularly with regard to allotment of a plot of land for construction of a co-operative housing society for judges. He filed an affidavit on March 27, 2017, stating:

“My writings about corrupt judges on my website & about Surbhi CHS were out of agony for the injustice being meted out by some benches/judges. Also, the not so decent behaviour of them CJ Shri *** *** and his law associate had affected me very badly. The experience my wife had with a Senior Counsel and his son too had hurt me. Some unpleasant incidents had instilled lot many unpleasant thoughts in my mind.

I should have found solace by interacting with some decent retired Judges and lawyer. However, I became vicious, Moreover, the fact of some Hon'ble retired judges from other state already having government quota houses in that state, grabbing a plot in this state, made me more vicious. I lost my balance and wrote bad things on my website. The group members copied many of them and posted on the FB page. It was entirely my responsibility to ensure that such writings should not have been exposed to public.”

After examining the affidavit, the bench noted-

“He has chosen lady Presiding Officers and Judges and targeted them personally. He says that they are vulnerable and can be easily exploited for favourable judicial orders. This is a very serious charge and one who makes it carries the burden to establish and prove it to the hilt. The respondent does nothing of this kind. He releases Facebook posts and puts his comments and remarks, on the Judges and judiciary, in public domain. He circulates them with purpose. He parades himself, both as a hero and victim at the same time and seeks public sympathy. He seeks applause and praise from the public as well as sympathy, all at the same time. The respondent does this systematically, but we cannot forget that this is at the cost of the prestige, dignity and reputation of the judiciary which includes this Court.”

It also observed that it has become a trend on social media to launch a personal attack on judges in the garb of criticizing judgments. Referring to the judgment of the Supreme Court in the case of Rajendra Sail vs. Madhya Pradesh High Curt Bar Association and Ors, the court said:

“There, the Hon'ble Supreme Court cautioned that every act of this nature must be considered in the backdrop of the potential to cause harm and prejudice to the administration of justice. In fact, the criticism of the judgment should be measured, restrained and not crossing the limits of sobriety. The Hon'ble Supreme Court has clearly drawn the line in this context.”

The court concluded that Tirodkar was guilty of criminal contempt as he refused to disown any of his comments and that his apology was not bona fide:

“He retains everything that is offending, malicious and contumacious in his pleadings. Hence, we are of the opinion that the respondent does not deserve any sympathy. There are no mitigating circumstances at all. The respondent deserves severe punishment.”

Thus, Tirodkar was sentenced to three months’ simple imprisonment under the Contempt of Courts Act, and a fine of Rs. 2000 was imposed on him.