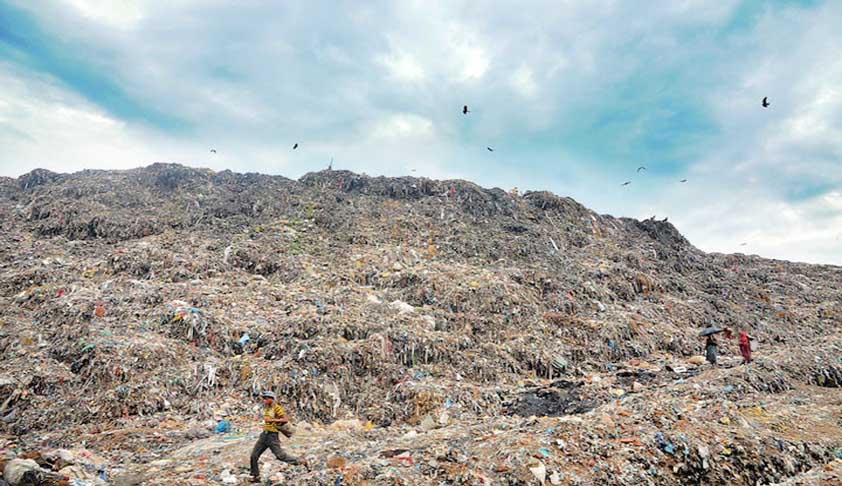 The Supreme Court today rapped the Delhi government for not doing enough to dispose of the huge quantity of waste and rather dumping it on landfill sites which were already overflowingIt also asked the ruling Aam Aadmi Party (AAP) legislators to create awareness about garbage disposal among the people“Garbage mounds near landfill sites are above 45 metres. These are almost like towers as...

“Garbage mounds near landfill sites are above 45 metres. These are almost like towers as like Qutub Minar. Height of Qutub Minar is 73 metres and these mounds are more than half the size. It's an alarming situation. Who is going to deal with it? You (government) have to deal with the problem”, a bench of Justices M B Lokur and Adarsh Kumar Goel said.

The observations came when Solicitor General Ranjit Kumar appearing for Delhi Chief Secretary pointed out that near three landfill sites at Okhla, Gazipur and Bhalswa, there are garbage mounds of the height of 45 metres. The bench asked Delhi government standing counsel Rahul Mehra that the AAP had MLAs across Delhi who could create awareness among the people about garbage disposal.

The court directed MLAs of Okhla, Gazipur and Bhalswa areas to attend meetings with all stakeholders, also enquired about how much amount each MLA get for local area development does. It was informed that each MLA got Rs 4 crore as local area development fund. The bench asked the Delhi government that it should be ready for future eventualities and not take measures only when the problem arose. You have to be ready for the situation. Now that avian flu cases are being reported, Deer Park has been closed. Dengue and Chikungunya cases are now low. You have to be ready for all situations, the bench said

HOW THE PIL ON DENGUE TOOK THE NEW TWIST

The PIL in Supreme Court for devising a strategy to control the spread of vector-borne diseases like dengue and chikungunya opened another front on October 17 with the apex court seeking answers on solid waste management in the national capital.

Three land fill sites in the national capital of Delhi – Ghazipur, Bhalaswa and Oklha are overflowing. “People are dying are you aware of that? It is a health hazard...very very serious health hazard”, a bench of justices Madan B Lokur and Adarsh Kumar Goel had asked  while seeking a status report on landfill sites issue by today.

When Solicitor General Ranjit Kumar said they were taking steps for timely clearance of the garbage, Justice Lokur asked “Everything is fine but after collecting the garbage where do you keep it ?

When the judges were told that they are dumped on land fill sites in various parts of the capital, justice Lokur asked “people are dying are you aware of that? It’s a health hazard...very very serious health hazard.

On October 7, the court had directed a  meeting of the Chief Minster, heads of civic bodies, chiefs of all relevant agencies tomorrow to devise a strategy to control the spread of vector-borne diseases like dengue and chikungunya and urged all the “stop the blame game”.

“Blame game is the biggest problem. Everybody keeps blaming everybody. We have had enough of blame game”, the bench had said.