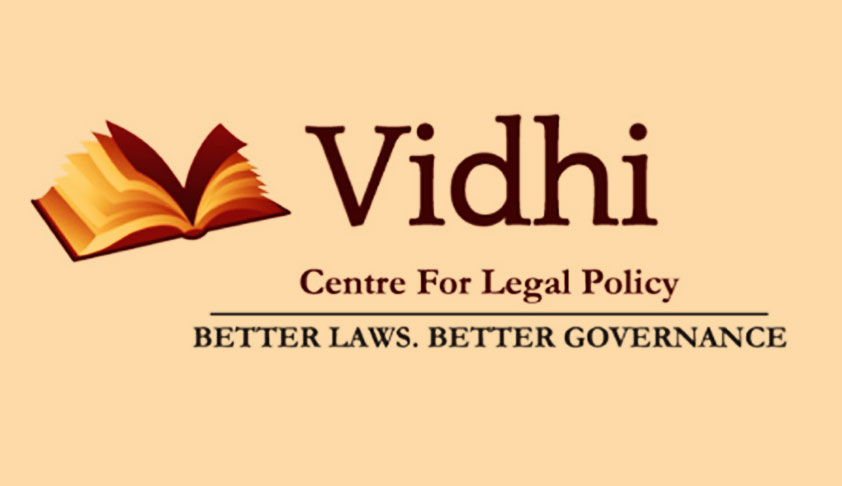 Though a lot is said about judicial vacancies, docket explosion and delays when it comes to Indian judiciary, the Vidhi Centre for Legal Policy has scooped out another thought-provoking issue in its report which shows that the lower judiciary across India has a mere 27.6 per cent female judges.In its report titled Tilting The Scale: Gender Imbalance In Lower Judiciary, it shows how of the...

Though a lot is said about judicial vacancies, docket explosion and delays when it comes to Indian judiciary, the Vidhi Centre for Legal Policy has scooped out another thought-provoking issue in its report which shows that the lower judiciary across India has a mere 27.6 per cent female judges.

In its report titled Tilting The Scale: Gender Imbalance In Lower Judiciary, it shows how of the total 15,959 judges in the lower judiciary across India, 11,397 are male judges which make up for 71.4 per cent while women judges are a mere 27.6 per cent at 4,409.

“Only in three of the smallest states—Goa, Meghalaya, and Sikkim, with a collective total of a mere 103 judges—does the percentage of women judges cross 60%. Barring Telangana and Puducherry, the percentage of women judges remains below 40% for all other states. Bihar (11.52%), Jharkhand (13.98%), Gujarat (15.11%), Jammu & Kashmir (18.62%), and Uttar Pradesh (21.4%) have the lowest representation of women in the lower judiciary,” shows the report.

On the other hand, states like Gujarat has 811 male and 148 female judges while in case of Maharashtra there are 1484 male judges and just 574 female judges.

At the district-level, below 40% representation of women judges remains the dominant norm.

The report highlights the need to study the impartiality of appointment and promotion procedures in the judiciary.

The report also speaks of how the state of women representation in the judiciary remains abysmal.

“Since its inception in 1950, the Supreme Court of India has only seen 6 women judges, and currently has one woman judge out of 25.8 Across India’s 24 High Courts, slightly over 10% judges are women, with not even a single woman judge in eight High Courts. Further, women have occupied the post of a High Court judge only 86 times since the elevation of the first woman judge to the Kerala High Court in 1959 (as of November 2017),’ says the report.

The study shows how though there is no reservation for women in the higher judiciary, a number of states like Andhra Pradesh, Assam, Bihar, Chhattisgarh, Jharkhand, Karnataka, Odisha, Rajasthan, Tamil Nadu, Telangana and Uttarakhand provide for 30%-35% reservation, for which recruitment is done through direct appointment.

However, Bihar has 857 male judges and just 110 female judges despite there being 35 per cent reservation for women in lower judiciary.

Only moderate correlation b/w sex ratio and women in judiciary

The report highlights that there was only moderate correlation between sex ratio and representation of women in lower judiciary.

“… where sex ratio increases, there is a moderate increase in the female representation of judges in the lower judiciary. This correlation, however, is only moderate and there are exceptions. For instance, although Kerala has the best sex ratio amongst all states, only 33% of women are part of its lower judiciary. States such as Punjab, Sikkim, Meghalaya and Tamil Nadu, on the other hand, have a lower sex ratio than Kerala but have a higher representation of women judges in lower courts”.

Some of the reasons for gender imbalance

Some of the factors that are conventionally highlighted as reasons for the gender imbalance in the judiciary include the disproportionately low number of women lawyers and the challenges they face on entering litigation.

“For instance, only 10% of advocates are estimated to be women and when it comes to Senior Advocates in the Supreme Court, the percentage drops to 2.9% (as of March 2016),” it says.

Sexual harassment and the lack of supportive infrastructure, from toilets to maternity leave, also contribute to a high attrition rate amongst women lawyers, with many preferring to join the corporate sector instead.

All these factors come together to result in disproportionately low women bar appointees to the bench. For instance, in its 68 years of existence, the Supreme Court has only seen one woman elevated from the bar to the bench, as recently as January 2018, says the report.

The report cites how several prominent lawyers and judges have also described outright bias against women in appointment and promotion processes. For instance, former Delhi High Court Chief Justice AP Shah has described how a woman lawyer he had recommended for judgeship was rejected on the grounds that she was ‘rude,’ though he believes similar behaviour exhibited by a male lawyer would not have been judged as harshly.

Even after women judges are appointed to the highest posts, they continue to be judged more harshly. One retired woman SC judge reported that her judgments were accepted only when upheld by a larger bench, and another stated that a fellow male judge would constantly question her understanding of an issue.

The Centre recommended that appropriate governmental authority, whether this be the Union Law Ministry or the concerned high court, must monitor and make data on diversity in the lower judiciary publicly available.

It is to be noted that while responding to a question in Parliament concerning women representation in the judiciary, the Union Law Minister had stated that since High Courts had administrative control over lower court judges, the Union Law Ministry did not maintain statistics on the appointment of women judges in states.

There was also no caste or class-wise data on judges.