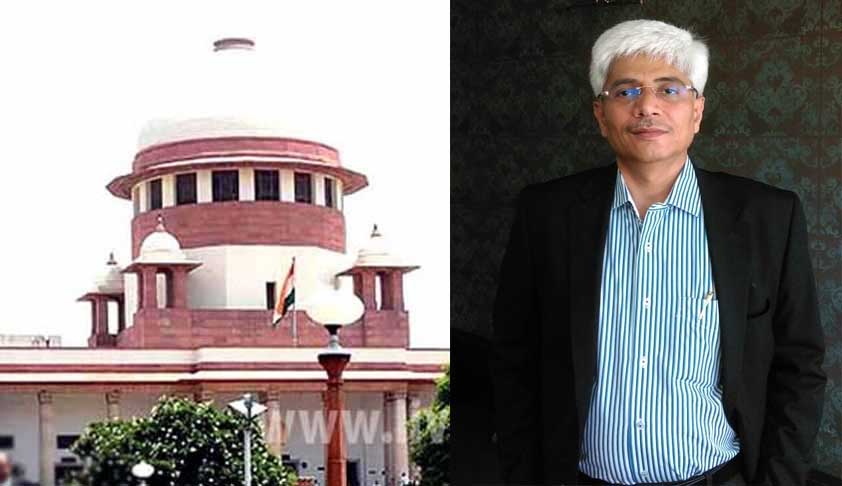 The Gujarat High Court Advocates Association has filed an application before the Supreme Court seeking intervention in the Case- Mahipal Singh Rana v. State of Uttar Pradesh in which the Supreme Court had directed the Government and Law Commission of India to take immediate steps to review the provisions of Advocates Act, 1961.

The Petitioner submitted that the directions given by the Supreme Court of India which is in the nature of issuing mandamus to make and/or enact a particular legislation is without jurisdiction and contrary to the doctrine of separation of power which is part of the basic structure of the Constitution of India.

The High Court Advocates Association president Advocate Asim Pandya told LiveLaw that the implementation of the directions issued by Supreme Court in Mahipal Case shall blur the lines of separation of power, which is a much celebrated concept for our Constitution.

In Mahipal Singh Rana, the three Judge Bench comprising of Justices Anil R. Dave, Kurian Joseph and Adarsh Kumar Goel held that there appears to be urgent need to review the provisions of the Advocates Act dealing with regulatory mechanism for the legal profession and other incidental issues, in consultation with all concerned.

The Bench has also issued the following directions;

“In view of above, we request the Law Commission of India to go into all relevant aspects relating to regulation of legal profession in consultation with all concerned at an early date. We hope the Government of India will consider taking further appropriate steps in the light of report of the Law Commission within six months thereafter. The Central Government may file an appropriate affidavit in this regard within one month after expiry of one year”.

According to the petitioner the following events that have taken place after the final judgment and order dated 05.07.2016 was delivered;

Petitioner submitted that the entire amendment bill has been compiled and prepared by Law Commission without giving a proper opportunity to the very stakeholders for whose “benefit” the bill was drafted in the first place.

It is also submitted that the Law Commission of India has prepared the proposed amendment bill in an undue haste which may be detrimental to the future of our legal fraternity as the livelihoods of many depend on fair rules and the sound working of the judiciary and more importantly, any haste in this matter may also directly detriment the growth of our country which presently enjoys a strong legal backbone to protect the interests of its citizens.

The Petitioner has raised the following constitutional questions in the application;

c) Whether monitoring in form of a direction by this Hon’ble Court requiring a reply to be filed by the Government of India in pursuance to the report of the Law Commission amounts to issuing a mandamus to enact a law?

d) Whether or not the report of the Law Commission of India which has been compiled with incomplete inputs from the Advisory Committee and without the requisite circulation in the legal fraternity be granted unfettered valid legal status? (In the present case Bar Associations of the High Courts, District and Taluka and Advocates Generals of all High Courts and lawyers generally have not been consulted and the publicity in the form the public notice in the national and regional newspapers has not been given).

-The Petitioner has sought the following directions;

-Direct the Law Ministry to return the Advocates Amendment Bill, 2017 to the Law Commission of India for reconsideration in consultation with all stakeholders as mentioned herein above;