Give Us Sufficient Time To Vacate Govt Bungalows: Mulayam, Akhilesh To SC 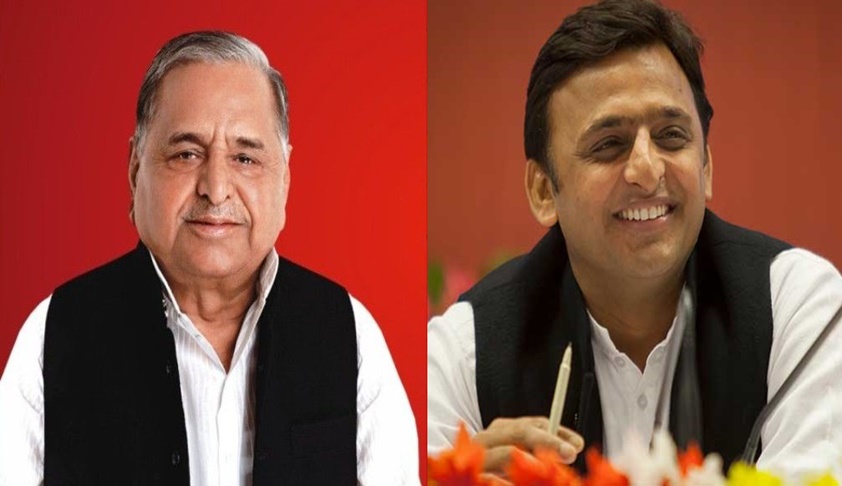 While Mulayam sought sufficient time from the apex court to make arrangements for alternate accommodation, the one by his son Akhilesh has urged the court to consider the security of his family.

A bench headed by justice Ranjan Gogoi had on May 7 held that former chief ministers of Uttar Pradesh cannot retain government accommodation after demitting office and said that a chief minister was at par with a common man once his or her term ends.

The retention of the privilege after they demit office is “illegal and arbitrary”  and is “unsupported by constitutional sanctity”, a bench headed by Justice Ranjan Gogoi had ruled asking all ex-CMs to vacate the bungalows within 15 days.

While the plea filed by Mulayam Singh Yadav sought sufficient time from the apex court to make arrangements for alternate accommodation, the one by his son Akhilesh has urged the court to consider the security of his family.

“We are requesting the Supreme Court to grant us sufficient time to make arrangements for a suitable alternative accommodation, taking into consideration the security of the petitioner and his family members”, Akhilesh said in his plea.

In its verdict in August 2016, the SC had held that allotment of government bungalows to former CMs was bad in law and they should hand over possession of the bungalows occupied by them.

Following the SC verdict, the then Akhilesh Yadav government amended the UP Ministers (Salaries, Allowances and Miscellaneous Provisions) Act to allow the former CMs to occupy government bungalows. The PIL alleged the amendments were brought to defeat the Supreme Court's order.

Defending the change in rules effected by Akhilesh, the Yogi government had said in an affidavit:"The grant of such a benefit to a former chief minister under the amended rules is a valid classification as the same is a class in itself. Former chief minister, once a holder of a very high public office, is always identifiable as a dignitary and can hence enjoy special benefits too,"

"The holder of such high posts in a democratic nation as ours, it becomes imperative that the even after demitting the office's certain privileges are provided to such persons. The holders of other high constitutional posts have been classified as a separate class even after demitting offices, like former Chief Justices and judges of High Court and Supreme Court, President, Prime Minister and a number of privileges in terms of pension, health benefits, travel allowances, staff, etc, is provided. Thus, classification in the present case for purpose of providing of government residence cannot be held to be bad," it said.

But the bench went by the opinion given by senior advocate Gopal Subramanium and lawyer Gopal Sankaranarayanan which said once a Chief Minister demits office, he or she ceases to be an occupant of that public office and is, therefore, shorn of all its adornments. He or she reverts to being a citizen of India, and ought to be granted no greater privilege than that accorded to other citizens of India, except for the minimal courtesies of protocol, pension, and other regular post-retirement benefits.