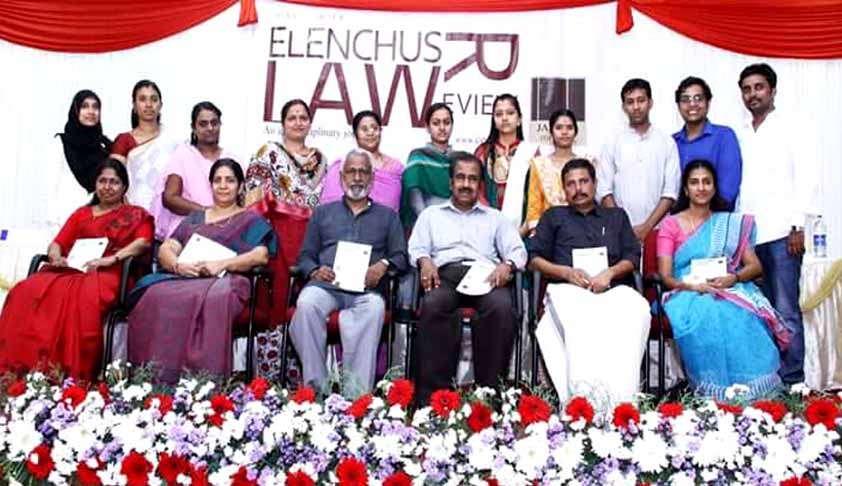 The name Elenchus has been derived from the Socratic Method of reasoning via disciplined and persistent questioning. When asked why they think the Socratic method as the supreme protocol to analyze law, they said, “It is quite a standard understanding that it is always debates that clears the clouds of ambiguity and reasons the paradoxes with effective clarity. The method of Elenchus is the materialisation of the same in academics. Law being a junction of many streams of thought it always has ambiguities to clear off. The questions and answers are many times in different planes of thought, making a rubix cube of differently aligned policy solutions”.

The Board of Editors are:

Prof. N K Jayakumar states that, “The focus on inter-disciplinarity, singles out Elen.LR from the run- of- the mill law journals in our country, and is a manifestation of the recognition that the meta-disciplinary research heralds as a means to dismantle the walls around academic disciplines”.

Dr. Mathew, recently awarded with Ph.D from University of Bergen, begins the journal with his article “Earthing with Expectations”.  He uses the example of Kerala real estate activities, how laws and legal institutions without any ideological implications gets naturalised in the society.

The journal aims to become the academic voice of South India aiming to address the policy issues of Indian Economy, and Development Paradigms from the viewpoints of academicians who see the world from this part of India. It wants to effectively become becoming a platform for meaningful academic discussions among the participants from variant geographical locations of the nation.

K M Gopakumar, the front runner of Third World Network, Delhi, writes on the policy scenario after the judgement of Supreme Court in Novartis Case.

Further, journal contains four more articles, two of which is on Election Laws on the regulation of polls and election funding in India. The others comprise of protection of archaeological remains, and the concept of obscenity. Finally the journal introduces a new stream of research article incorporating an anecdote style.

Post Novartis Agenda, Earthing with Expectations and Writing an Interdisciplinary PhD thesis, requires a special mention because they heralds of this exemplary journal. The other articles of the journal are as follows as:

Dr. P M Arathi has has authored Auricle, meaning straight from the heart. The article states that, “A strong discipline like legal studies invokes methodological challenges while one attempt to cross beyond disciplinary boundaries academically. The possibilities of using an interdisciplinary approach enhance the intersectional inquiries much more creative”

For Elenchus Vol (II), the team is looking forward to more interdisciplinary papers and enhanced geographical representation of academics.

The team of editors say, “We are also on a look out for authors who are really persons who practice policy advocacy and also grass root level operations. Their articles might not be of elite academic styles but shall be with insightful with experiences in real action”.