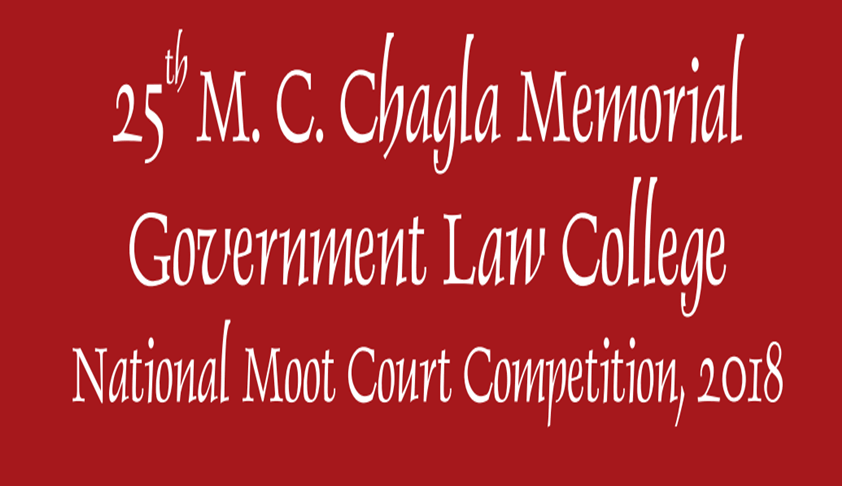 M.C. Chagla (30 September 1900 – 9 February 1981) was a renowned person who needs no introduction in the field of legal profession. He performed multiple jobs in his career, whether be it a professor at Government Law College, an ad hoc judge to the International Court of Justice at The Hague, an Indian Ambassador to various countries like the United States of America and Mexico, and received several recognitions and awards.

This year, 16 teams will participate in the oral rounds. The competition will take place on the 22nd and 23rd of September at Government Law College Mumbai. The Final Round of Arguments and Valedictory Function of the Moot will be held on 23rd of September and will be presided over by judges of the High Court of Bombay following its tradition. Justice S.S. Shinde, Justice R.D. Dhanuka and Justice S.K. Kotwal shall grace the occasion.

For further details, please refer to the schedule and the moot problem of the 25th edition.