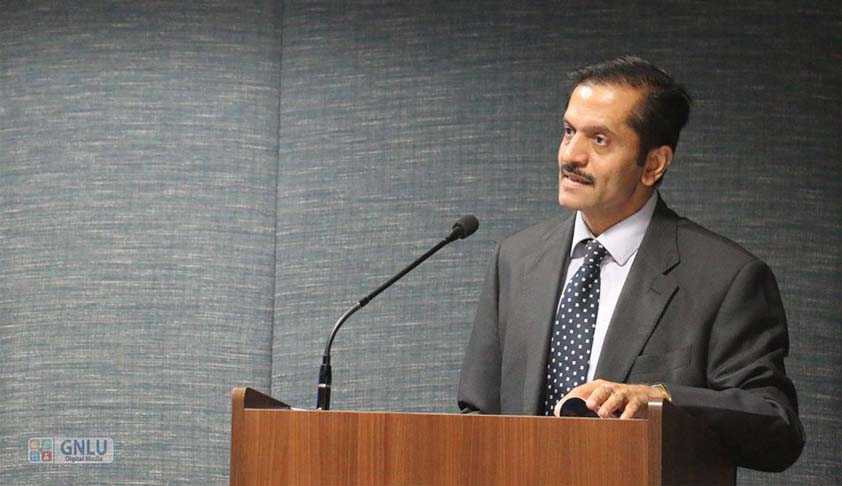 Dr. Bimal Patel, Director, Gujarat National Law University has been appointed as a part-time member of the 21st Law Commission of India.

In an E-mail to LiveLaw Dr. Patel wrote

"It gives me enormous honour and sense of humility in informing you that I have been appointed as a member (part-time) of the 21st Law Commission of India. The 21st Commission is constituted for a period of three years from 1 September 2015 to 31 August 2018.

It would be my earnest endeavour to make a very meaningful contribution to the realization of the aims and objectives of the 21st Law Commission of India.

I also take this opportunity to thank you for your continuous guidance and support to me and the University".

He has been serving as the Director of GNLU since 2008. He teaches courses and supervises thesis and seminar papers in Public International Law, Peaceful Settlement of International Disputes and Law of the Sea and Maritime Law at undergraduate and post-graduate level.

The professor has however had his share of controversies, with the University recently being termed as the“epitome of injustice” by Gujarat High Court. Coming down heavily on the University for cancelling examination of a student, in violation of the principles of natural justice, the Court had remarked, “All universities are cradles of the nation’s future. They are, therefore, required to conduct all acts in a highly bona fide and exemplary manner. This responsibility increases exponentially when the university is a premier National Law School imparting legal education to the nation’s future lawyers. How is a student of law expected to be a patron of justice when his university is the epitome of injustice?” You may read the LiveLaw article here.