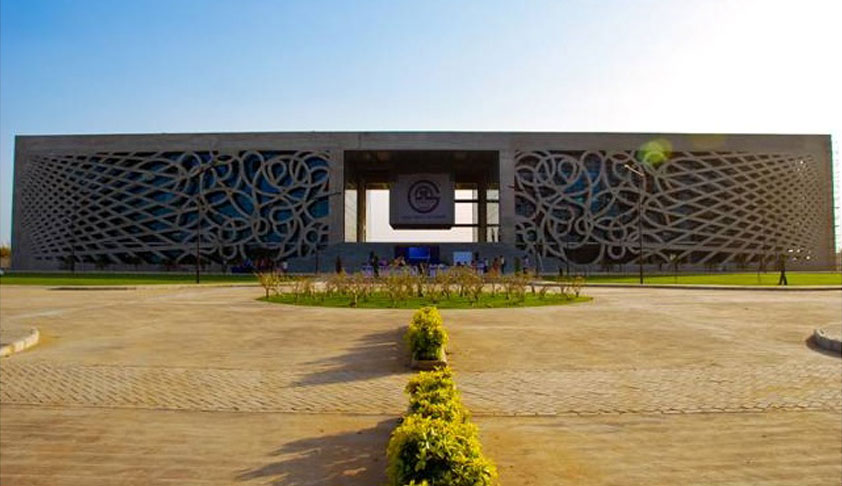 How is a student of law expected to be a patron of justice when his university is the epitome of injustice? asked Gujarat High Court coming down heavily on Gujarat National Law University for cancelling examination of a student of the University violating principles of Natural Justice.

A Student of GNLU, while he was writing examination, five minutes before the completion of exam time, was stopped by the invigilator alleging that he was hiding something. When the student objected to physical frisking by the invigilator, another person was called upon. The student agreed to frisking, but instead of frisking he was taken to the room of Director Bimal Patel.

Later when he tried to contact his parents, he was allegedly threatened with dire consequences. The student was later told to be present before Exam Enquiry Committee. After facing humiliation after appearing before the committee, the student wrote a long email to the Director which has been reproduced in the judgment.  In his letter he alleges “The University retaining my cell phone for 5 days, and after having found nothing to corroborate their baseless allegation, called me for a hearing before a “Committee” in an absolutely cosmetic and off the cuff matter with the express intent of meeting a procedural formality. Therefore, the entire proceedings that have taken place today are absolutely predetermined and malafide.”

Coming down heavily on the approach adopted by the University officials, the Court remarked “All universities are cradles of the  nation’s future. They are, therefore, required to conduct all acts in a highly bona fide and exemplary manner. This responsibility increases exponentially when the university is a premier National Law School imparting legal education to the nation’s future lawyers. How is a student of law expected to be a patron of justice when his university is the epitome of injustice?”

The Court said that the decision of the university to cancel his examinations is wholly baseless, arbitrary, malafide, unreasonable, illegal and in stark contradiction to the principles of natural justice. The Court also directed the University to expeditiously evaluate and declare the result of the Petitioner for the examination of “Quantitative Techniques”.