God Save The Legal Education In India 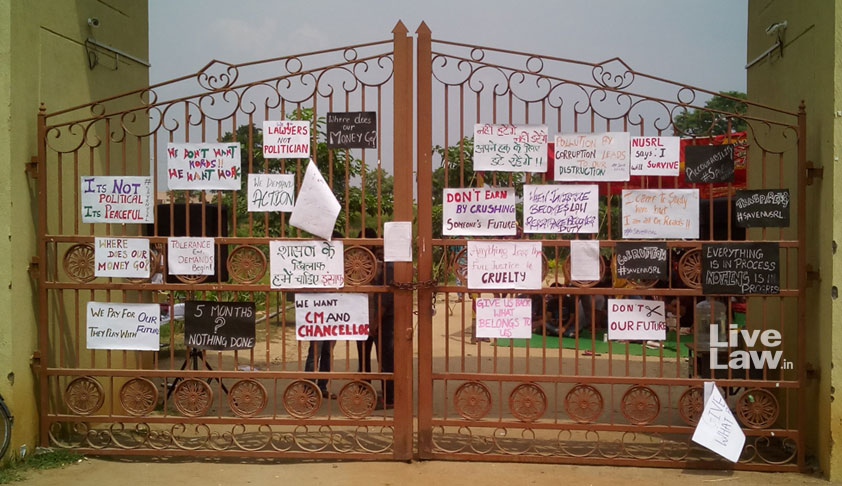 Look at those bright eyed, full of enthusiasm, doned in black and white youngsters, armed with legal degrees, awarded by the Chief Justice of India himself. Clearly, they are headed for a great future both for themselves and for this country. Poof! Are they?According to the Bar Council of India, every year, around 60,000 -70,000 (approx.) students graduate from around 950 law schools in...

Look at those bright eyed, full of enthusiasm, doned in black and white youngsters, armed with legal degrees, awarded by the Chief Justice of India himself. Clearly, they are headed for a great future both for themselves and for this country. Poof! Are they?

According to the Bar Council of India, every year, around 60,000 -70,000 (approx.) students graduate from around 950 law schools in India. Where are they mostly employed, how much do they earn, how many of them continue to be in the legal profession – no comprehensive study exists. Out of these 950 law schools, both government and private, there are now 20 National Law Schools in India.  These National Law Universities, are looked upon as “islands of excellence in the sea of mediocrity”.  But over the years, with the students of National Law Schools resorting to strike, including fasting unto death, to protest against the most basic issues related to the administration of these National Law Universities, one wonders, why is no one reacting to this in the national media?

As an alumni of Hidayatullah National Law University, Raipur, I have personally witnessed and was part of the strike against administration in my third year of law school (2008-09). Charges of corruption, nepotism, lack of basic infrastructure, the dismal state of lack of faculty members and all the good faculty members being forced to leave the university, were amongst the several grievances we had. The student body approached the relevant ministers, the Governor, the Chief Minister, our Chancellor – the Chief Justice of the High Court. We spoke to the local press (that’s all we could manage then), parents and anybody who would listen. Alas, it all fell on deaf ears. After months of protest, finally, a three member Committee was set up to nominate another Vice-Chancellor. One of the three nominated members, one took charge as our VC for about a month, after which he took up the posting elsewhere and HNLU was left orphaned again.

Last year (2016) witnessed an indefinite strike by the students of National Law School, Assam.  Since April, this year (2017), we have been witnessing the protest by the students of National Law School, Ranchi. Although peaceful, on September 14th, the Jharkhand High Court ordered the police to use physical force, including use of water canons against law students, leading to the arrest of 10 students, including a female student.

Several questions are looming heavy in the air. Why has no top shot in the legal community come out in the open to debate this issue, and listen to the students who have been protesting. No top lawyers, judges, Bar Council members have had anything to say on the matter. Why are we failing to address the larger systemic issues about the legal education in India? If the national law universities were indeed designed to provide the best quality education, why have they been completely left to the whims and fancies of the state government to decide on funding, quota of state reservation for students, and all other aspects related to their administration? How do we expect the National Law Universities to compare with the IITs and IIMs whose overall management is centrally governed, while the former are ‘deemed state universities’ by the University Grants Commission? Furthermore, having the Chief Justices of respective High Courts as the Chancellors of National Law Schools, means that when students have a grievance, they have to stand before the CJ of the High court who is also the Chancellor of the University. So much for principles of natural justice – which say that a person will not be a judge in his own cause. Then how is it that a Chief Justice who is the symbolic head of a National Law School is also the one who is expected to hear when grievances arise, and that too in a judicial capacity. It’s a shame that the central issues in these protests by national law school students have still largely been about lack of even the most basic facilities. There are bigger issues about legal education that needs to be addressed. Are we preparing our students for the profession? Is there an overall direction about the methodology that needs to be adopted for legal education? Why are we still not attracting the best of our students to teaching law as a profession? Why don’t our brightest law students join litigation. Questions abound.

What’s happening in Ranchi is clearly not a one-off incident as their complaints resonate with students across National Law Schools. But when a handful of law students decide that enough is enough and succeed in bringing together the entire student body in peaceful protest, those in the higher echelons of power still manage to break them down, by hand-picking a few students, and threatening to spoil their career even before it has begun. What better do we expect from our law students, who we supposedly prepare to defend the Indian Constitution, when they cannot even peacefully protest for their own rights? These students will graduate tomorrow and become part of the legal community. They will remember the lessons they learnt at law school. You pay the price if you speak up. And the society of silence will continue to thrive – while swearing their allegiance to the Constitution and ensuring that it never reflects in their actions. To such a constitutional democracy, and to such defenders of it, here’s all that can be said. God save the legal education, the legal community and the rule of law in this country. Is anyone listening?

Avani Bansal is an Advocate practicing in the Supreme Court of India. She has pursued her B.A.LL.B from HNLU,   Raipur and Masters in Law from University of Oxford and Harvard Law School. Write to her at [email protected].