“We Are Going To Call The Marshall And Order Your Arrest”: CJI To Suraz India Chairman 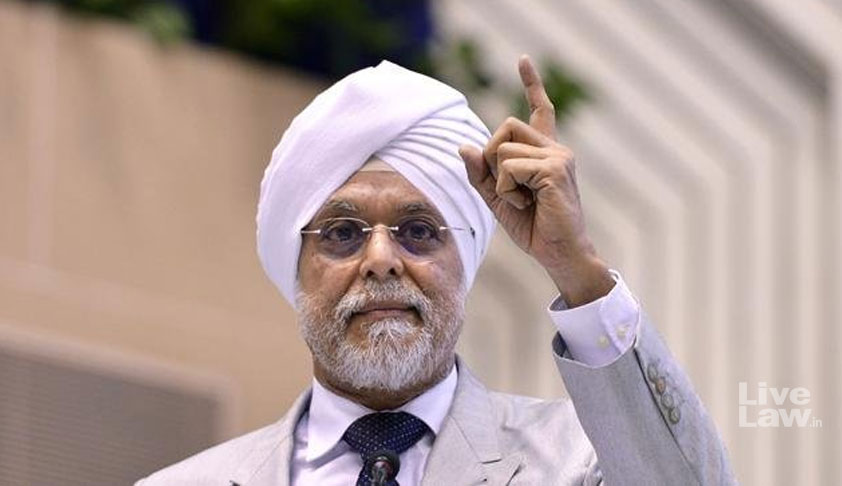 There was high drama today during the hearing of  Item No.3 ‘Suraz India Trust Vs Union Of India case as Chief Justice J S Khehar at one moment threatened to order the arrest of the Trust’s Chairman Rajeev Dahiya but then deferred the order in the case for tomorrow.

Dahiya, against whom the bench had on May 1 imposed a fine of Rs 25 lakh “for wasting judicial time” by filiing large  number of frivolous petitions had appeared in the court without complying with the order.

The bench almost ordered his arrest when he neither sought time to pay the fine nor gave a firm assurance how he will go about paying the amount.

HERE IS THE COURTROOM EXCHANGE

Dahiya: I want to file some document

CJI: First deposit the money in court and then you say anything. You want us to extend time or you want us to enforce it (the order) today?

Dahiya: I want to file some document. I also want a legal assistance.. an amicus curie may be appointed

CJI : Call the Marshall and take him to Tilak Marg police station.

“Petitioner is present in person and says order passed by this court in Suraz India Trust case is not acceptable. Petitioner Rajeev Dahiya directed to place application he has filed before the president in the record of the case during the course of the day. List for hearingtomorrow”

On May 1, the Supreme Court has imposed exemplary cost of Rs. 25 lakh on NGO Suraz India Trust for filing 64 cases in various high courts and also in the apex court.

A three-judge bench led by Chief Justice of India (CJI) JS Khehar had also restrained the trust and its chairman Rajiv Dahiya from filing any case, including PIL, in any court.

Directing Dahiya to deposit the amount with a month’s time, the bench took it seriously the manner in which Dahiya had even ventured to the residence of Supreme Court judges, including that of the CJI, levelling various allegations against the SC registry staff.

“To stop this practice, we direct Suraz India Trust will not file any case. Rajiv Dahiya was restrained from filing any public cause directly or indirectly…,” the CJI bench, also comprising Justice DY Chandrachud and Justice SK Kaul, had passed the order after hearing the matter for more than three hours.

The bench had taken note of all the 64 cases filed by Suraz Trust in which Dahiya has levelled accusations against judges in the name of public cause, but not in a single case, he was successful.