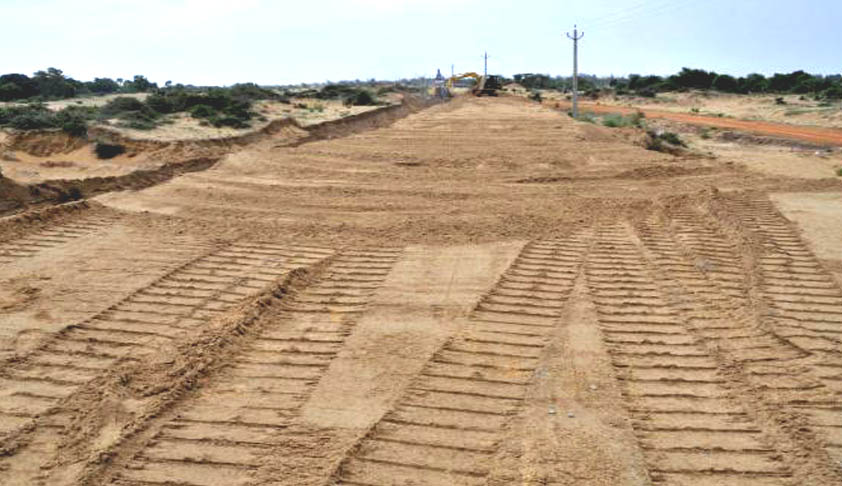 The Union Government has approved the promulgation of an ordinance to amend the Land Acquisition Act, 2013, by including five new categories of projects that would not require prior consent from affected families as well as Social Impact Assessment (SIA). It includes 13 laws that are presently excluded out of the purview of the Act in compensation, rehabilitation and resettlement...

The Union Government has approved the promulgation of an ordinance to amend the Land Acquisition Act, 2013, by including five new categories of projects that would not require prior consent from affected families as well as Social Impact Assessment (SIA). It includes 13 laws that are presently excluded out of the purview of the Act in compensation, rehabilitation and resettlement provisions. These include Land Acquisition (Mines) Act 1885, Atomic Energy Act, 1962, Railway Act 1989, National Highways Act 1956 and Metro Railways (Construction of Works) Act, 1978. The changes will come into effect from January 1, 2015.

Justifying the move, the Government stated, "In the process of prolonged procedure for land acquisition, neither the farmer is able to get benefit nor is the project completed in time for the benefit of society at large. Therefore the present changes allow a fast track process for defence and defence production, rural infrastructure including electrification, housing for poor including affordable housing, industrial corridors and infrastructure projects including projects taken up under Public Private Partnership mode where ownership of the land continues to be vested with the government."

Easing of the law had been put in motion since the time the NDA Government came into power. In July the ministry had sent a report to the PMO based on inputs received from states suggesting changes to the Act which would make it more industry-friendly, including doing away with the consent clause for PPP projects, removing the requirement for mandatory SIA study and relaxing the retrospective clause.

Despite the initial appreciation of the Right to Fair Compensation and Transparency in Land Acquisition, Rehabilitation and Resettlement Act, 2013, the Act has been criticized on various fronts. The complicated and tedious procedures under the act are a major cause of refute.

Section 10 (A) of the Act has hence been expanded by this ordinance, to include more projects that would not require an SIA and prior consent of affected parties. These include projects for defence and defence production, rural infrastructure including rural electrification, affordable housing and housing for the poor, industrial corridors as well as infrastructure and social infrastructure projects including public private partnership projects wherein the ownership continues to vest with the government.

Under the Act, prior consent is necessary from 70 per cent of the affected families if land is being acquired for PPP projects and from 80 per cent in case of private companies. SIA is mandatory and has to be completed within six months.

The move is already being criticized by social activist Medha Patkar, who was consulted by the UPA Government before enacting the law. A release by the Narmada Bachao Andolan and National Alliance of People's Movements (NAPM) asserts, "We fail to understand what is the emergency at this moment that NDA government has to take the Ordinance route. This is only being done as a measure to benefit the corporate houses and nothing else. Rs 20 lakh crore investments are not stuck because of the new land Act since the law has only been in existence for one year."

The projects proposed for reform relate to defense, rural infrastructure and industrial corridors. Elaborating on the proposal, Finance Minister Arun Jaitley said, "In a nutshell, we have tried to achieve a balance… higher compensation will continue… procedural rigors would be loosened or eased in relation to the five defined purposes." As per the changes brought in the ordinance, multi-crop irrigated land can also be acquired for these purposes.

The move will also provide benefits accruing from regularization to a large number of people in unauthorized colonies that have come in existence between 31/3/2014 and 1/6/2014, he added.

Further explaining the exigency to bring in an ordinance for the purpose, Jaitley stated that the government had to amend the Act before the end of the year since Section 105 of the Act, which provides for excluding 13 central legislation, would otherwise have to be notified by December 31.

He added that with the changes, the higher compensation and R&R (rehabilitation and resettlement) package would apply to the 13 exempted laws as well, which include Atomic Energy Act, 1962, the Indian Tramways Act, 1886, the Railways Act, 1989, the Ancient Monuments and Archaeological Sites and Remains Act, 1958, the Petroleum and Minerals Pipelines (Acquisition of Right of User in Land) Act, 1962 and the Damodar Valley Corporation Act, 1948.

The Electricity Act, 2003; Requisitioning and Acquisition of Immovable Property Act, 1952; the Resettlement of Displaced Persons (Land Acquisition) Act, 1948 and the Metro Railways (Construction of Works) Act, 1978 are also brought under its purview to provide higher compensation and rehabilitation and resettlement benefits to farmers whose land is being acquired.

Official notification can be read here.