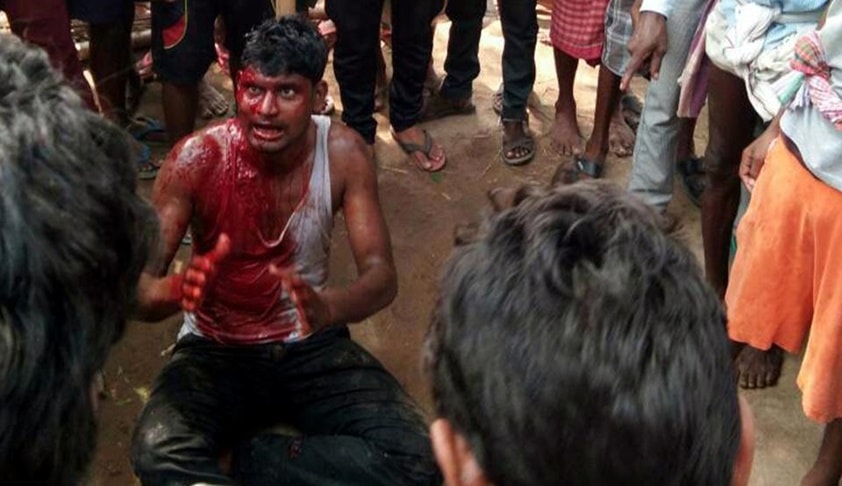 India, being the largest democracy in the world, is the outcome of the principle of the rule of law and aspires to establish an egalitarian social order. Democracy has been best defined as “the government of the people, by the people for the people”, it expects prevalence of genuine orderliness, positive propriety, dedicated discipline and sanguine sanctity by constant affirmance...

India, being the largest democracy in the world, is the outcome of the principle of the rule of law and aspires to establish an egalitarian social order. Democracy has been best defined as “the government of the people, by the people for the people”, it expects prevalence of genuine orderliness, positive propriety, dedicated discipline and sanguine sanctity by constant affirmance of constitutional morality which is the pillar stone of good governance. Democracy requires us to respect and develop the free spirit of human being which is responsible for all progress in human history.  The success and failure of democracy depends largely on the extent to which civil liberties are enjoyed by the citizens in general. The role of law is to protect each member of society from his or her fellow members, thereby preventing their rights and liberties from being encroached upon. An individual’s fundamental right did not get diminished just because he belongs to another religion/caste.

‘Notinmyname’ a silent protest against the lynching of innocent citizen of the country was organized in Delhi at Jantar Mantar and different part of the country by the members of civil society. We are witnessing different incidents of lynching of innocent people by the self proclaimed cow vigilante groups in different part of the country, which is a big concern for the members of civil society. People of a particular community are living in an atmosphere of fear and feel that they are no more safe. It is very unfortunate that the Government has totally failed to control such kind of incidents. There is an atmosphere of lawlessness and negation of the rule of law which runs like a golden thread in the indian constitution. We the people of India, after every five years elect our representatives and they form the government and we hope that they will provide us proper safety and security to our life and property, but these incidents have shaken the conscience of our country and a threat to  the unity and integrity of the nation.

Our country is run by the constitution and the constitution of a country provides the basis for the governance of the country. The constitution contains the law and principles according to which a state is governed. The constitution of India begins with a preamble, it promises justice, liberty, equality, fraternity and the unity and integrity of the nation. The preamble sets out the ideological aspirations of the people. The essential features of the great concepts set out in the preamble are delineated in the various provisions of the constitution. The court being custodian of the constitution, must defend the values propagated by the constitution. The  constitution also guarantees fundamental rights in Part III, which must be protected. The purpose of fundamental rights is to create an egalitarian society, to free all citizens for coercion or restriction by society to make liberty available for all. These  fundamental rights are generally available against the state. Article 21 is considered to be the most precious fundamental  right of every person. It is the heart and soul of the Indian Constitution, which speaks of the rights to life and personal liberty. It states: “No person shall be deprived of his life or personal liberty except according to procedure established by law.” Right to life is one of the basic fundamental rights and not even the State has the authority to violate or take away that right. Article 21 takes all those aspects of life which go to make a person’s life meaningful. It protects the dignity of human life,  which has been recognized to be an essential part of the right to life and accrues to all persons on account of being humans. Each expression used in Article 21 enhances human dignity and values. Respect for life, liberty and property is not merely a norm or a policy of the State but an essential requirement of any civilized society and encroachment upon personal liberty should be prevented in any manner.

Our country is governed by the rule of law. According to which no person can be punished without the authority of law. If any person who commits a crime can be punished through the procedure established by law. No one has right/authority to lynch any person. Preservation of life is the most important right for an individual and the state have to protect it.

But nowadays we see that in the name of cow protection, self proclaimed cow vigilante groups merely on the basis of suspicion are lynching innocent Muslims/Dalits and taking the law into their hands. Sometime these incidents are supported by some political leaders also  for the politics of vote. These incidents are a blot on the face of our democracy because we have a democracy, not mobocracy in India. Killing of any person by a mob is the negation of the rule of Law. In the case of National Human Rights Commission v. State of Gujrat and others, (2009) 6 SCC 342 the Apex Court observed: “Communal harmony is the hallmark of a democracy. No religion teaches hatred. If in the name of religion, people are killed, that is essentially a slur and blot on the society governed by the rule of law. The Constitution of India, in its Preamble refers to secularism. Religious fanatics really do not belong to any religion. They are' no better than terrorists who kill innocent people for no rhyme or reason in a society which as noted above is governed by the rule of law.”

The rule of law can prevail only if people and institutions respect and follow the laws. Justice Dipak Misra, in S. Krishna Sradha v. State of A.P., (2017) 4 SCC 516, para 27 observed that  “A right is conferred on a person by the rule of law and if he seeks a remedy through the process meant for establishing the rule of law and it is denied to him, it would never subserve the cause of real justice.” Justice  Dr A.K. Sikri, in Cardamom Mktg. Corpn. v. State of Kerala, (2017) 5 SCC 255, para 13 observed that “When we talk of sound and stable system of administration of justice, all the stakeholders in the said legal system need to be taken care of. …..The Rule of Law reflects a man’s sense of order and justice. There can be no Government without order; there can be no order without law…..”

It is the constitutional responsibility of the government to provide governance and maintain law and order and the responsibility lies on the state to protect life and property of the citizens. In this regard the police have the predominant role to play. Basically the success of the constitution  largely depends upon the efficiency and effectiveness of criminal justice administration.

Our Prime Minister Mr. Narendra Modi on June 29, 2017 slams so called ‘Gau Rakshak’. He said, killing in the name of Gau Bhakti is wrong, no person is allowed to take the law in their own hand. It is unfortunate that in the name of cow protection the human being are killed by so called ‘Gau Rakshak’. He said we are a land of non-violence,  What are we doing? Does this country belong to Mahatma Gandhi and Vinoba Bhabe? Mahatma Gandhi would never approve of the present situation, there is no place for violence in India. He said “Let’s work together and create the India of Mahatma Gandhi’s dreams, lets create an India our freedom fighters would be proud of.” But a few hours before Prime Minister Narendra Modi invoked Mahatma Gandhi in an appeal to end such killings, an occupant of a van transporting meat was lynched in Ramgarh, Jharkhand. Now the President Pranab Mukherjee comments on the increasing incidents of lynchings, he said on July 1, 2017 that when “mob frenzy becomes so high and irrational, uncontrollable”, people “have to pause and reflect” and be proactively “vigilant” to “save the basic tenets of our country.” He has also asked the country to stand up against the rising trend of mob lynchings, stressing that the frenzy needed to be curbed.

I would like to appreciate that our Prime Minister has spoken something after the silent protest ‘Not in My Name’through out India and even abroad. But merely lip service is not the solution of the problem. It is high time to take strict action against the so called ‘Gau Rakshak’. The government should uphold the rule of law by punishing those who involved, such kinds of incident of lynching in different part of the country. It is necessary that the government has to form the anti-lynching squad to prevent these kinds of lynching throughout India. It is also necessary that  ‘Anti-lynching law’ should be passed by the Parliament. Unless the law is made by Parliament, the Apex Court should take suo moto cognizance and issue directions for preventing these incidents to instill  confidence among the minorities/Dalits. Being the guardian of the constitution, it is the duty of the judiciary to protect the rights as prescribed by the constitution. The Rule of Law can only prevail, if people and institutions respect and follow the laws. It is the duty of government in a democratic set up to protect the people from domestic and foreign threats, it must perform its duty to fulfil the aspirations of the citizens of the nation.

The Author is an Assistant Professor in the Faculty of Law, Jamia Millia Islamia, New Delhi. E-mali : [email protected]