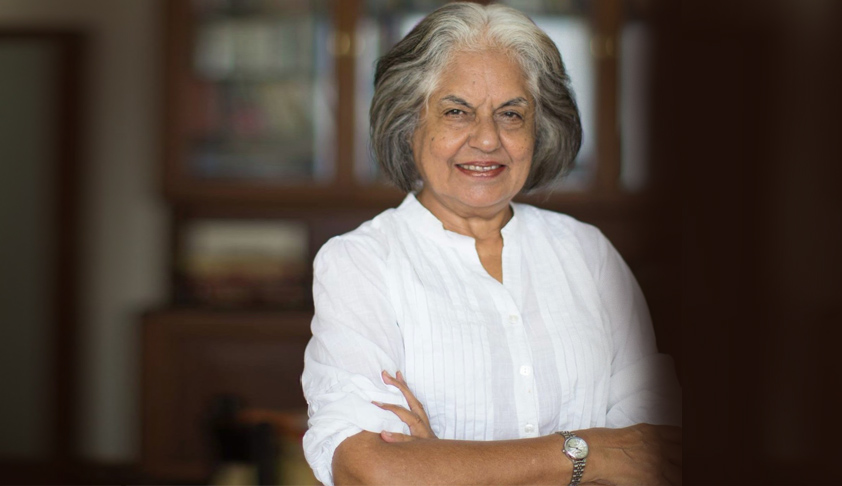 When governments misuse the law, a country has much to fear. It is as if the State, which is meant to uphold the rule of law, subverts it instead. Perhaps, a citizen in such a country has no recourse except for the court of public opinion. Justice could be the first casualty when people in positions of power decide to be vindictive or consciously distort and misuse the law.Since this morning,...

When governments misuse the law, a country has much to fear. It is as if the State, which is meant to uphold the rule of law, subverts it instead. Perhaps, a citizen in such a country has no recourse except for the court of public opinion. Justice could be the first casualty when people in positions of power decide to be vindictive or consciously distort and misuse the law.

Since this morning, I have been asked to share my response to the show-cause notice issued by the Government of India to the Lawyers Collective [an NGO that focuses on human rights advocacy].

To begin with, the Lawyers Collective has not received the notice yet. It was with the press first and then put up on the website of the MHA and has not yet reached us. There is nothing new in this either, and fits into the government's pattern of demonizing NGOs, defaming people in the press and building public hysteria about these issues.

It is surprising that this attack comes only a few days after the Hon'ble Minister of Parliamentary Affairs published an article in the Times of India on seeking synergy with civil society. He said, and I quote:

"Civil society is a global phenomenon. It is widely known as an influential 'third sector', after the government and business/ industry. Civil society is a natural partner of the socioeconomic development of a nation. Any government would recognise its worth and would naturally prefer to work with this sector for the growth and success of the country.

In India, we have a vibrant civil society. However, the relationship between civil society and the state seems to be very often quite adversarial. Civic or public engagement with the state needs to be meaningful, so that the effectiveness of the government is enhanced in shaping its policies and programmes. The government has to tap into the knowledge, experience, ideas and insights shared by civil society and suitably dovetail them into policy-making processes. This, however, cannot be done in a partisan or ad hoc manner."

A little later, he says:

"I would not hesitate to challenge the attempts of a few small-minded and petty groups among civil society who claim that only their viewpoints are correct, just and democratic and representative of a larger public opinion. They do not seem to recognise the wisdom of the elected representatives in a democracy. This apparently is due to their partisan perception nurtured by select political ideologies.

Civil society has to be apolitical. Representatives of civil society tend to lose their legitimacy when their actions acquire unmistakable political hues yoked to certain ideologies. Political neutrality is indispensable for credible civic engagement. A needless and baseless paranoia has been created that the NDA government is against civil society."

This is a precise articulation of the policy of the Government of India towards NGOs.

We are being told that those of us who work in NGOs are not entitled to hold political views or indulge in political activity. Well! I believe that all of us are entitled under the Constitution of India to hold and express our political views notwithstanding whether we work with civil society and with NGOs, and regardless of whether we get foreign funding or not. Moreover, many of us are lawyers and in our capacity as lawyers, we do represent people or causes that do have ideological implications. We are being told that having an ideology is not the legitimate domain of people working in NGOs, and is anti-constitutional. Fact is, we all have a world view, whether we disguise it in the name of "development" or "sabka sath, sabka viskas" or not.

Being upfront about our ideology should be welcomed. In any event, no person can be condemned for his or her ideology no matter how different it may be from that of the ruling party. A civil society without an ideology is meaningless. It would neither be "vibrant" nor "civil society" in any sense of the word. We are being asked to suspend our own thought processes and accept "the wisdom of the elected representatives in a democracy." Anyone who is not an elected representative, thus, must have no wisdom (other than members of the ruling party). This is naked majoritarianism. Minorities exist and it is the role of the majority in a democracy to protect the rights of minorities. Minorities are of different kinds -- those based on caste, religion or ideology -- and they all need the protection of the Constitution.

Two years on, the NDA must learn that in a democracy there will always be ideological differences between people whether they are elected representatives or not, and get used to it. The way to deal with them, or defeat them, is through political debate and not through repressive laws. History shows you can never defeat an ideology by law alone.

This sets the context for evaluating what the government has done to Lawyers Collective by issuing a show cause notice alleging violations of the FCRA. These laws can be used, and are being used, as a surrogate for curbing dissent, and that is what has happened in our case.

Despite the position in law, I did ask for and got written permission from the government to enable me to get remuneration from the Lawyers Collective for the work that I do on issues such as domestic violence, sexual abuse, sexual harassment and the empowerment of women. Since there was no conflict of interest with the government in this work, permission was granted. Realizing that the charge of taking foreign funding as a government servant will not hold, it is now alleged that I have violated the conditions of service of a law officer -- forgetting that I have permission in writing from the government.

Recently, in the Money Bill, the government has amended the definition of "foreign source" to exclude money received by political parties from companies like Vedanta who were until then considered a "foreign source". This they have done with retrospective effect. It only exposes the double standards of the government and its true motives for taking action against the Lawyers Collective.

It is then alleged against us that we indulged in political activity. The notice issued to us alleges that by holding a dharna demanding the passage of the HIV Bill, we have indulged in political activity. This is nowhere stated in the Act. It is further alleged that we met with MPs to persuade them to pass the HIV Bill; this too is "political activity". It is strange that on the one hand the government gives unrestricted access to NGOs to draft its own Bills, and on the other hand, complains that the Lawyers Collective in meeting with MPs have indulged in political activity. I recently received a mail from the NGO Vidhi, stating that they drafted the recently enacted the Bankruptcy Law. So, there are NGOs who find favour with the government, support its laws and programs and others who don't it would seem. In organizing a dharna of people living with HIV AIDS and demanding the passage of an anti-discrimination law, what have we done?

We have been told that Anand Grover, the president of Lawyers Collective has appeared in the Novartis case. This is indeed a fact; he appeared pro bono for the Cancer Patients Aid Association. As a consequence of his appearance, the Supreme Court declined to renew a patent, as a consequence of which, the price of a life-saving drug came down from ₹1,00,000 to ₹ 600. The judgment has been applauded the world over by activists working on the right to health. It was the official policy of the government of India to oppose the grant of the patent and we fail to understand how now a grievance can be made of this. The allegation is that our Memorandum of Association does not permit us to work on the right to health. Anand has been the special rapporteur for the highest attainable standard of heath of the UN, and this too is considered illegal and in violation of the FCRA. The UN does not pay its independent rapporteurs -- that is why they are called "independent", as they are expected to raise their own money which the Lawyers Collective did, for assisting the rapporteur to host consultations across the world.

We will have to look for the reasons for this targeting outside the framework of the FCRA and in the minds of decision makers.

On the 22nd of November Anand Grover was to appear in the High Court challenging the order of discharge of Amit Shah in the Sohrabuddin murder case. That was the day the first news report was planted in the press that we violated the FCRA and that action was being taken against us. On the 29th of May, I was at the book launch of Rana Ayub's book Gujarat Files and I made a statement that the order of the Bombay High Court refusing to interfere with the discharge of Amit Shah would be challenged by us. The notice is dated 30th May 2016.

Indira Jaising is a Senior Advocate and Former Additional Solicitor General of India.

This Article is first published in Huffington Post. LiveLaw republishing it with the permission of the Huffington Post and Author. Views are personal of the author and does not reflect Live Law’s views.