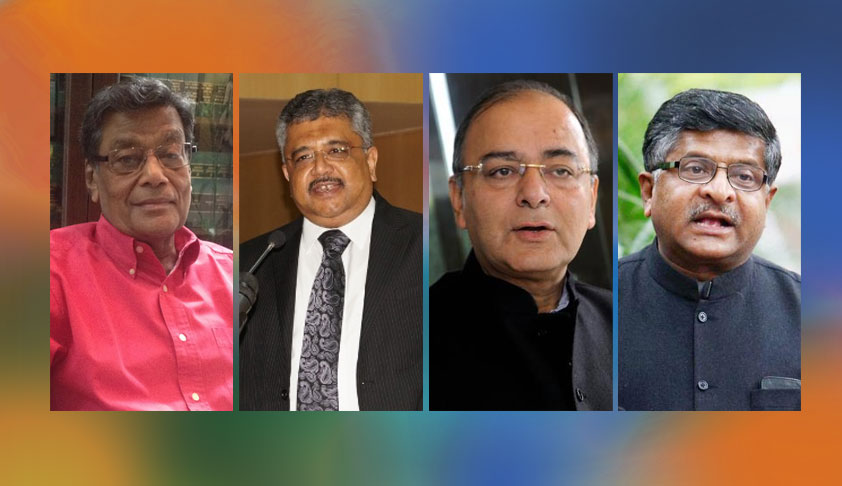 The Central Government, in a press release today, has welcomed the Supreme Court’s judgment upholding the Right to Privacy, as one protected by Article 21 of the Constitution.  According to the Government, the judgment is consistent with all the necessary safeguards that the Government has ensured in its legislative proposals which have been approved by Parliament.The Government blames...

The Central Government, in a press release today, has welcomed the Supreme Court’s judgment upholding the Right to Privacy, as one protected by Article 21 of the Constitution.  According to the Government, the judgment is consistent with all the necessary safeguards that the Government has ensured in its legislative proposals which have been approved by Parliament.

The Government blames the previous UPA Government for introducing Aadhar scheme without any legislative support, which, it claims, was the main reason why it was challenged in the Supreme Court.   The present Government, the press release claims, brought the necessary legislation and adequate safeguards, which were absent earlier.

The press release quotes at length the Finance Minister, Arun Jaitley’s comments made in the course of his speech in the Rajya Sabha on March 16 last year.   Jaitley had observed that the Bill, introduced by the Government on Aadhar pre-supposes and is based on the premise that it is too late in the day to contend that privacy is not a fundamental right, and that it is a fundamental right under Article 21, which can be restricted by a procedure established by law, which is fair, just and reasonable.

In his propositions submitted to the Court during the hearing, the new Attorney General, K.K.Venugopal had clearly stated that the Union of India sought to justify the conclusion arrived at by the eight Judges  and the six Judges benches in M.P.Sharma and Kharak Singh cases respectively, which it argued, held that right to privacy was not a fundamental right.

Further, the AG claimed that an analysis of the Constituent Assembly Debates reveals that the Framers rejected the right to privacy being made part of the Fundamental Rights under our Constitution.

The AG had made another shocking claim: When the state undertakes welfare measures and schemes traceable to Article 21 and to the Preamble, a claim to privacy, which would destroy or erode the basic foundation of the Constitution, can never be elevated to the status of a fundamental right.

The AG continued: “In a developing country, where millions of people are devoid of the basic necessities of life and do not even have shelter, food, clothing or jobs, and are forced to sleep on pavements even in the height of winter and, perhaps, to die, no claim to a right to privacy of the nature claimed in this case, as a fundamental right, would lie.

During the hearing of the case, the AG consistently called the right to privacy an amorphous concept, and therefore, such a vague concept could not be held to be a fundamental right, so as to deprive a vast section of the population of their fundamental and human rights.

The Additional Solicitor General, Tushar Mehta, representing the Unique Identification Authority of India (UIDAI), argued before the Supreme Court that a common law right like the right to privacy could not be declared as a fundamental right, as there are no “judicially discernible and manageable standards” to ascertain and define privacy.

According to Mehta, the Courts have always refrained from “creating” a right by way of judicial law making.

More over, in Para-2&3 of of his Judgment Chelameswar stated as follows;